Fujifilm has been amongst the most important camera manufacturers pushing the retro-styled camera trend with its X-series bodies, and in the years since first introducing the line, the company has been bringing the tech inside the cameras up to speed with their sharp looks. With the X-T1, Fujifilm might've finally created the perfect marriage between classic exterior design and futuristic guts. 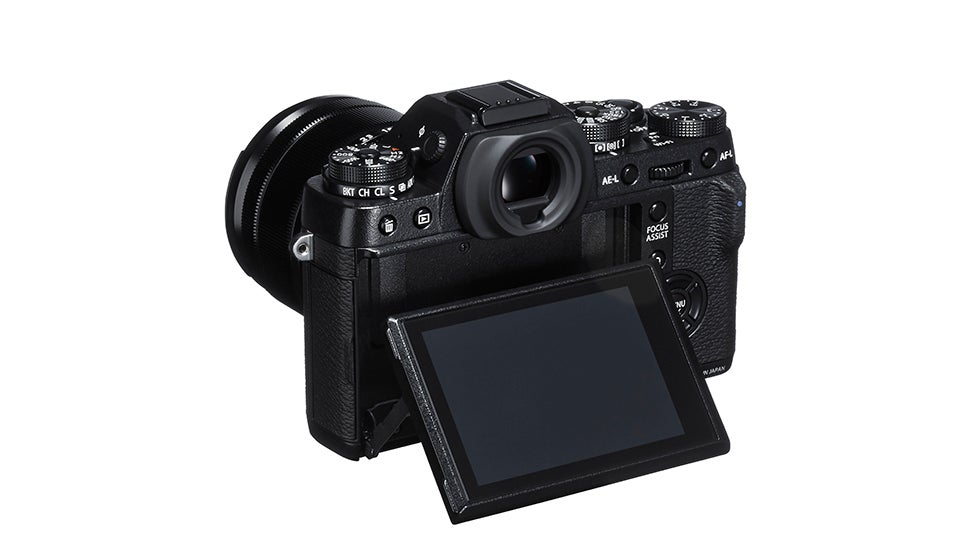 What we've got here is Fuji's latest pricey (£1,050 body only, or £1,400 with the 18-55mm kit lens) interchangeable. It has the excellent 16.3 megapixel APS-C X-Trans CMOS II sensor and EXR Processor II that was introduced last year, and have been creeping their way into some newer models since. The new sensor and processor technology give cameras super fast autofocus performance, amongst other advantages.

Interestingly, maybe the X-T1's standout feature is its eye piece: The OLED viewfinder has some of the top specs you're going to find out there, which is important because solid EVFs are the key to ultimately replacing DSLRs with mirrorless compacts. First off, the X-T1's EVF has .77x magnification, which Fujifilm claims is the highest magnification for any viewfinder on a digital camera the world. Most top cameras, even those with optical viewfinders, linger down around .70x or .71 magnification, which means that the X-T1's going to give you a view that's closer to the size of what your eye actually sees. What's more, the viewfinder has 2.36 million dots, which is very near the top resolution these days. Consider that the well-regarded Fujifilm XPro-1 has 1.44 million dots, and the two best interchangeable-lens compacts released last year, the Sony's A7/A7r and the Olympus OM-D E-M1, both pack 2.36 million dot EVFs. 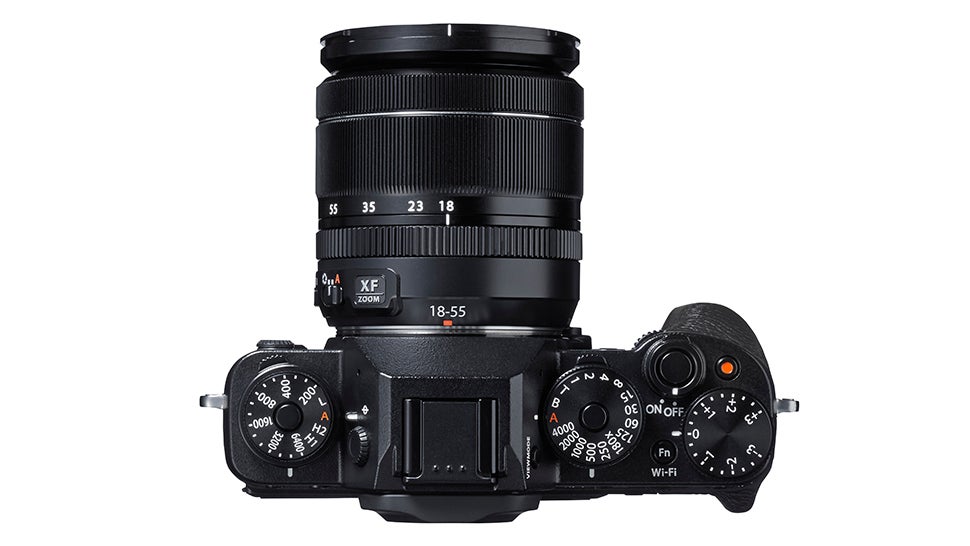 While Fujifilm cameras like the X-Pro1 are clearly all about their retro design and handling, the X-T1 takes it a step further: It's adds a dedicated ISO dial to the shutter speed and exposure compensation dials on the top panel. Indeed, the thing's stacked with dials a bit like the nostalgic Nikon Df. We should note that while these vintage-style controls are going to slow down the handling of the camera a bit, they X-T1 has some key modern conveniences like a tiltable rear-LCD screen and built-in Wi-Fi. Additionally, the camera's body design has a wider grip that's more ergonomic looking than what's available on Fujifilm's previous models.

Overall, the X-T1 looks like a monster. We're familiar with the image sensor and processing engine so we know they'll be awesome. The big question is whether the throwback control scheme is worth it. Cameras like Olympus' O-MD EM-1 have managed to retain retro style while getting  faster, more comprehensive exterior controls. For what appears to be positioned as a top camera in its compact, interchangeable-lens line, the X-T1 is more reasonably priced than previous cameras—but a £10,50 body is still very pricey, so we'll have to wait until we try it out to find out if it's worth it.