The NSA Spies on You Even When You're Playing Angry Birds

Newly published slides from the NSA and its UK counterpart GCHQ show that the spy agencies delight in scooping up data from "leaky" smartphone apps. That means that you're being watched when you do everything from playing Angry Birds to uploading Facebook photos.

What kinds of data, you wonder? Just about everything actually. Using all kinds of special tricks, the NSA and friends have been able to skim everything from people's smartphone identification codes to to their buddy lists to their sexual preferences from mobile apps. They can even tap into your Google Maps history not only to find out where you've been but also where you're planning to go. As one 2008 document put it, the collection effort "effectively means that anyone using Google Maps on a smartphone is working in support of a GCHQ system."

The GCHQ documents actually use Angry Birds, one of the most popular mobile apps in history, as an example of a leaky app that gives them access to troves of user data. Rovio, the company that makes the game, had no idea that spy agencies were using its app to spy on people. Nevertheless, the NSA swears it only uses these techniques on bonafide foreign intelligence targets.The agency said in a statement:

So they might not be focused on collecting data from the average person, but they certainly can. [Guardian, NYT] 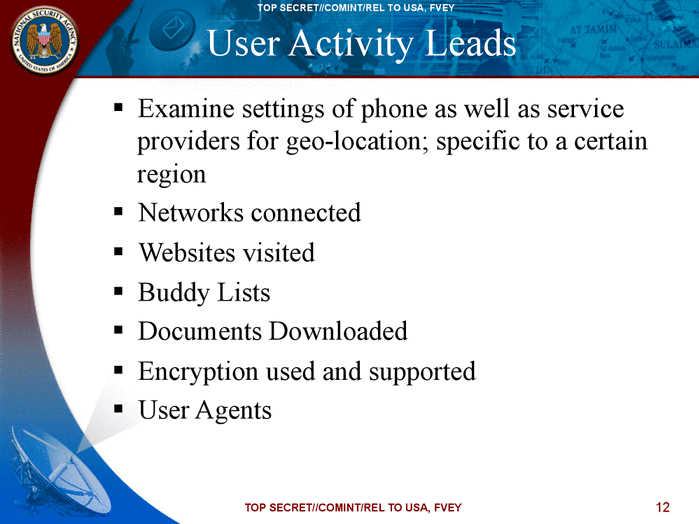