Who knew that when Super Mario Kart first hit the SNES so many years ago it would have such a lasting effect on us? Even Scalextric, who've been making slot car tracks for decades, are finally introducing a new accessory that wirelessly connects to an app so you can add SMK-like crash damage, power-ups, and even stat tracking to back up your bragging rights.

The RCS—or Race Control System—appears to be compatible with existing Scalextric tracks, which means you can upgrade all the kits you already have by simply swapping in the £99 wireless power base which connects to a smartphone or tablet over Bluetooth. It also facilitates a pair of wireless handheld throttle controllers so you can position yourself anywhere around the track you want. 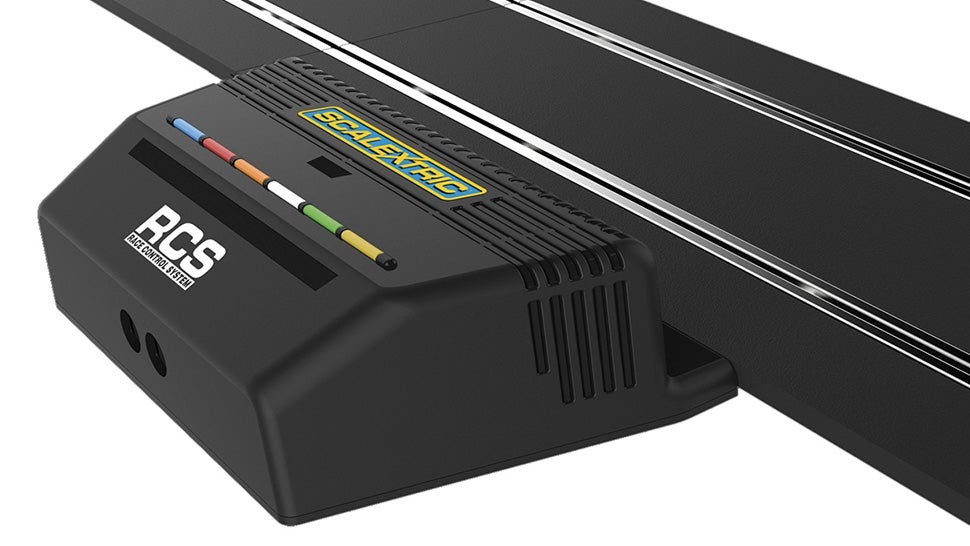 The new accessory doesn't appear to be just a gimmick, either. Instead, it actually adds a lot of replay value to a Scalextric set. In addition to tracking all sorts of stats including top speed, start reaction times, and lap times, the RCS system also lets you simulate tire wear (forcing drivers to make pit stops to increase their speed), handicap more experienced drivers to keep a race competitive, and even automatically slow every vehicle when a car's gone off the track.

There are sadly no red shells or virtual banana peels to screw with your competitors, but since the race does actually happen in real life with physical cars, there's nothing stopping you from tossing a real peel onto the tracks to give you an advantage. [Scalextric via The Red Ferret Journal]