It's Ridiculously Easy to Troll Google Maps With Fake Listings

Trust the listings you find on Google Maps? You shouldn't, because it's easy to fake them. That's what Google Maps exploiter Bryan Seely demonstrated for me. And while trolling politicians with dick jokes is never not funny, there's also a whole sub-community of scammers turning Google Map's little bugs into cold, hard cash.

Seely wouldn't explain exactly how he manipulates Google's maps with fake listings, but he assured us the process is very simple and hinges on Google's shoddy verification process. He says he can create hundreds of these things without breaking a sweat, and while Google's slowly coming up to speed on closing the holes that let sneaky, fake stuff like this through, it's not doing it quite fast enough. We reached out to Google for comment, but in the meantime Bryan showed us a special little joke just for Gizmodo: The Internet Cock Advisory Committee. That's the actual Internet Caucus Advisory Committee, but you get the idea.

It's live at the time of this writing, but probably not for long. While Google hasn't put measures in place to keep this stuff from happening in the first place, it is good at taking obvious jokes down once they're widely known. Bryan says on average, obvious pranks like this one last less than a day, but he's preserved plenty for posterity. 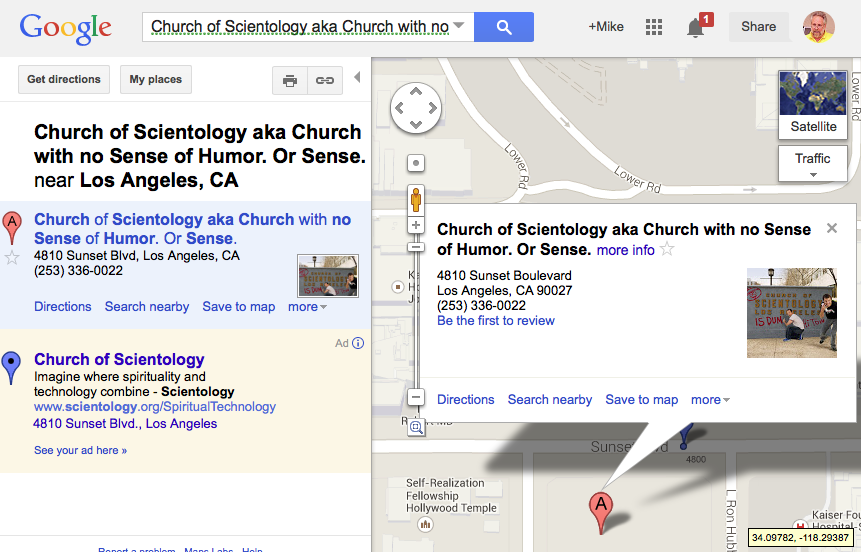 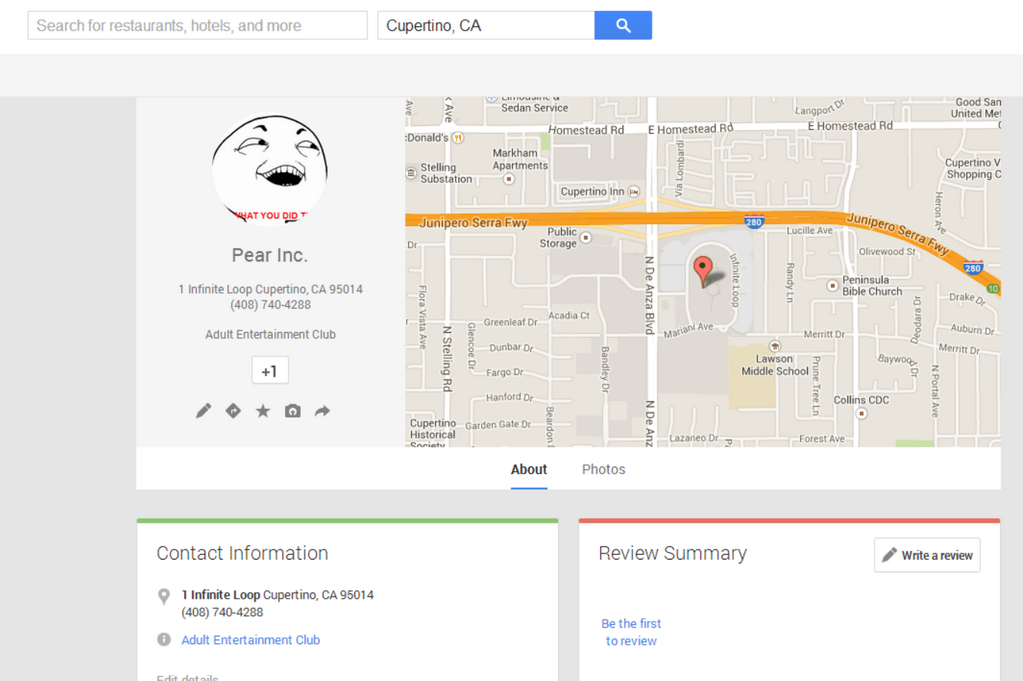 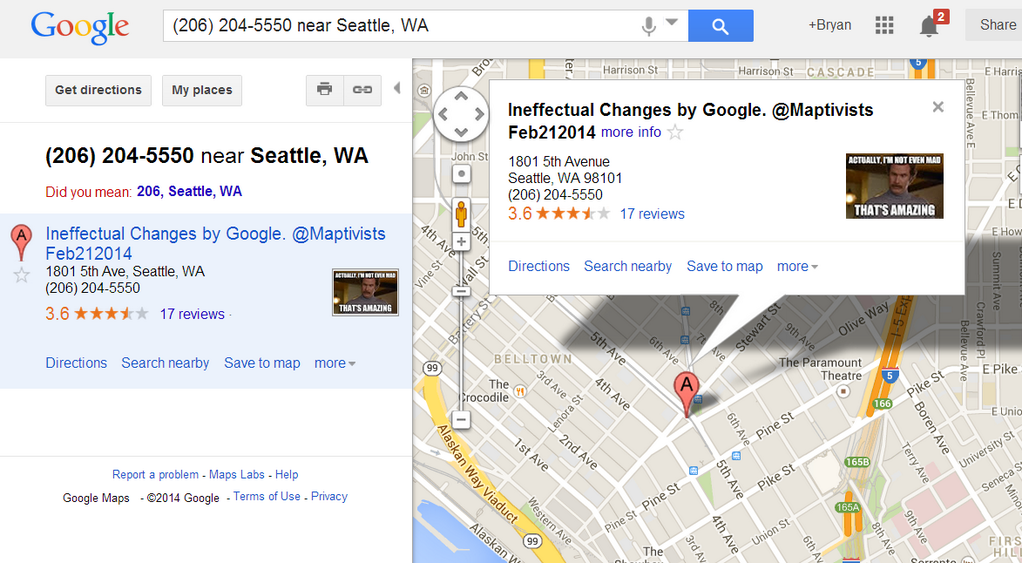 Subtler fakes, however, can last virtually forever, and silly dick jokes are just the tip of the iceberg when it comes to what you can do with these sorts of exploits.

Seely says that there are legions of scummy scammers using these tricks to make lots of cash by creating fake listing after fake listing for businesses like locksmiths, childcare services, or carpet cleaners, and using the fleshed-out fakes to forward calls and other enquiries to different, real (and obviously pretty shady) businesses for a fee. It's polluting Google Maps with hundreds if not thousands of fake locations and businesses. He estimates that there are over 100,000 fake listings for locksmiths alone.

So say I'm a locksmith and I want a little more business. My ranking is too low when you search "locksmith near [my neighbourhood]" on Google Maps; no one ever clicks on me. If I find the right scammer, I can boost my presence with a couple more (non-existent) locations. Or even better, I can have a scammer change my competitors' numbers so that the calls forward to me instead. All I have to do is pay a scammer per call. But hey, that's just the cost of doing (shady) business.

Even that, though, is not the full extent of what's possible by using these exploits. Seely showed us one example with some really scary implications on a national scale, but he's asked us not to discuss the specifics until he can talk to the people involved.

But now that Seely's had his fill of personally messing with Google Maps for nigh on six years, he's moved on to making his adventures public, starting with an interview with Seattle's local Komo News and chatting with us. His hope is that the Google Map's exploitable holes get patched up before anyone can find away to do anything seriously nefarious with them. In the meantime, there are stupid jokes to be had, so don't believe everything you see. Especially if it references a penis.