This stunning image shows the launch of the Japanese H-IIA rocket as it carries the Global Precipitation Measurement (GPM) Core Observatory into space. The rocket thundered into the sky at 1:37 p.m. EST on Thursday February 27th and this image was, unsurprisingly, captured by NASA photographer Bill Ingalls.

I just love this photo: the long shadows; the sea; the rocks. The composition is just perfect in every detail. It looks strangely, to me, like a frame from an early nuclear explosion footage–but, fortunately, there's rather more to celebrate in this image. Bon voyage, GPM!

A Japanese H-IIA rocket with the NASA-Japan Aerospace Exploration Agency (JAXA), Global Precipitation Measurement (GPM) Core Observatory onboard, is seen launching from the Tanegashima Space Center on Friday, Feb. 28, 2014 (Japan Time), in Tanegashima, Japan. The GPM spacecraft will collect information that unifies data from an international network of existing and future satellites to map global rainfall and snowfall every three hours.

Here is the full version of the photo: 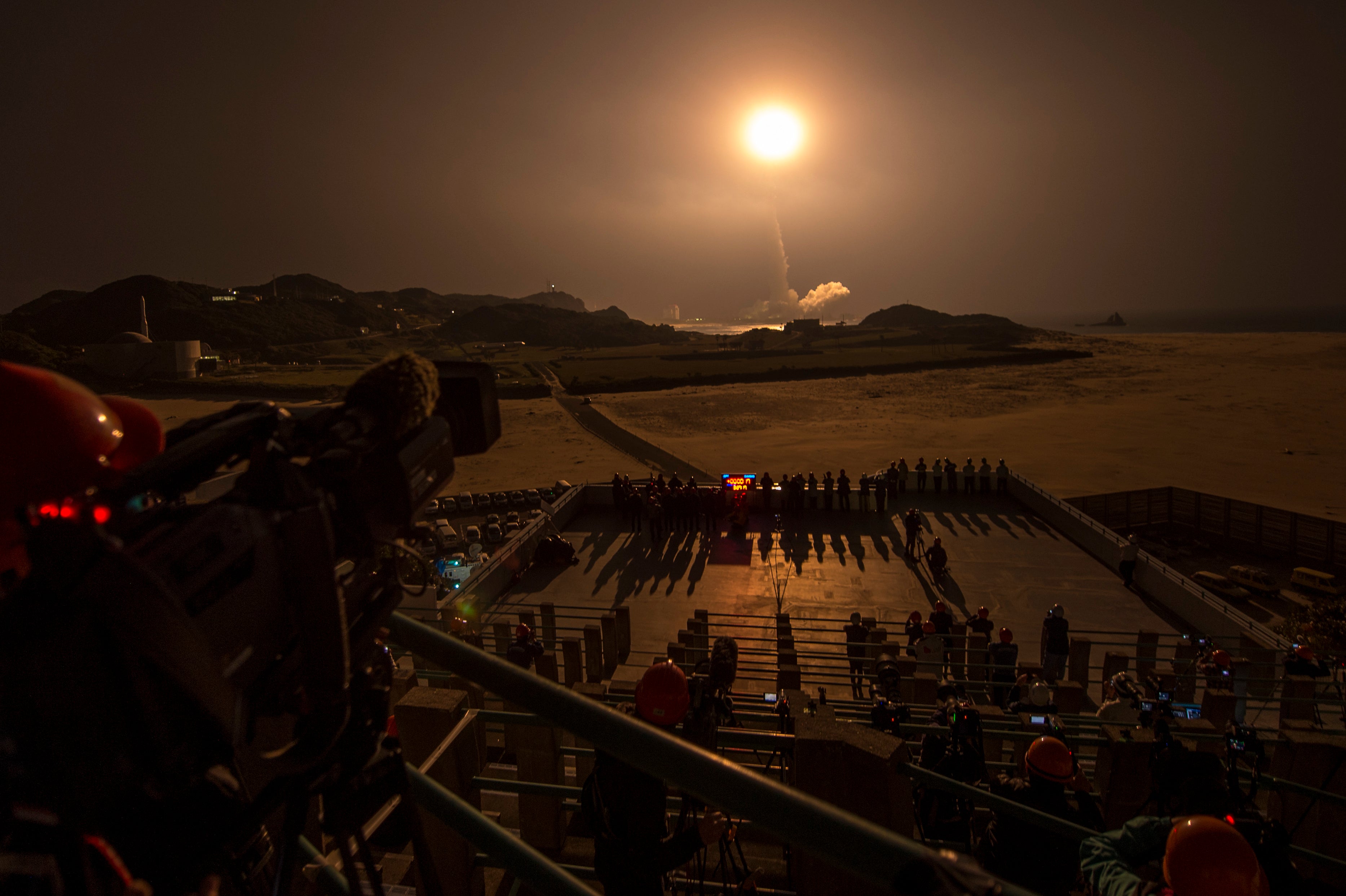