25 Years After Exxon Valdez, the US Still Isn't Ready for the Next Big Spill

A quarter of a century ago, after the Exxon Valdez's captain downed one too many drinks and left a third mate in charge, the oil tanker struck a reef and bled 41.6 million litres of oil across 1,300 miles of Alaska's coastline. But the catastrophic oil spills have continued in the US—and they're still not prepared to handle them.

For Americans, the words "Exxon Valdez" are iconic—depending on when you grew up, it was the national crisis that spurred a thousand environmental clubs, donation drives, and primary school science projects. In theory, it also changed how the US deals with environmental disasters. In practice? Not so much. 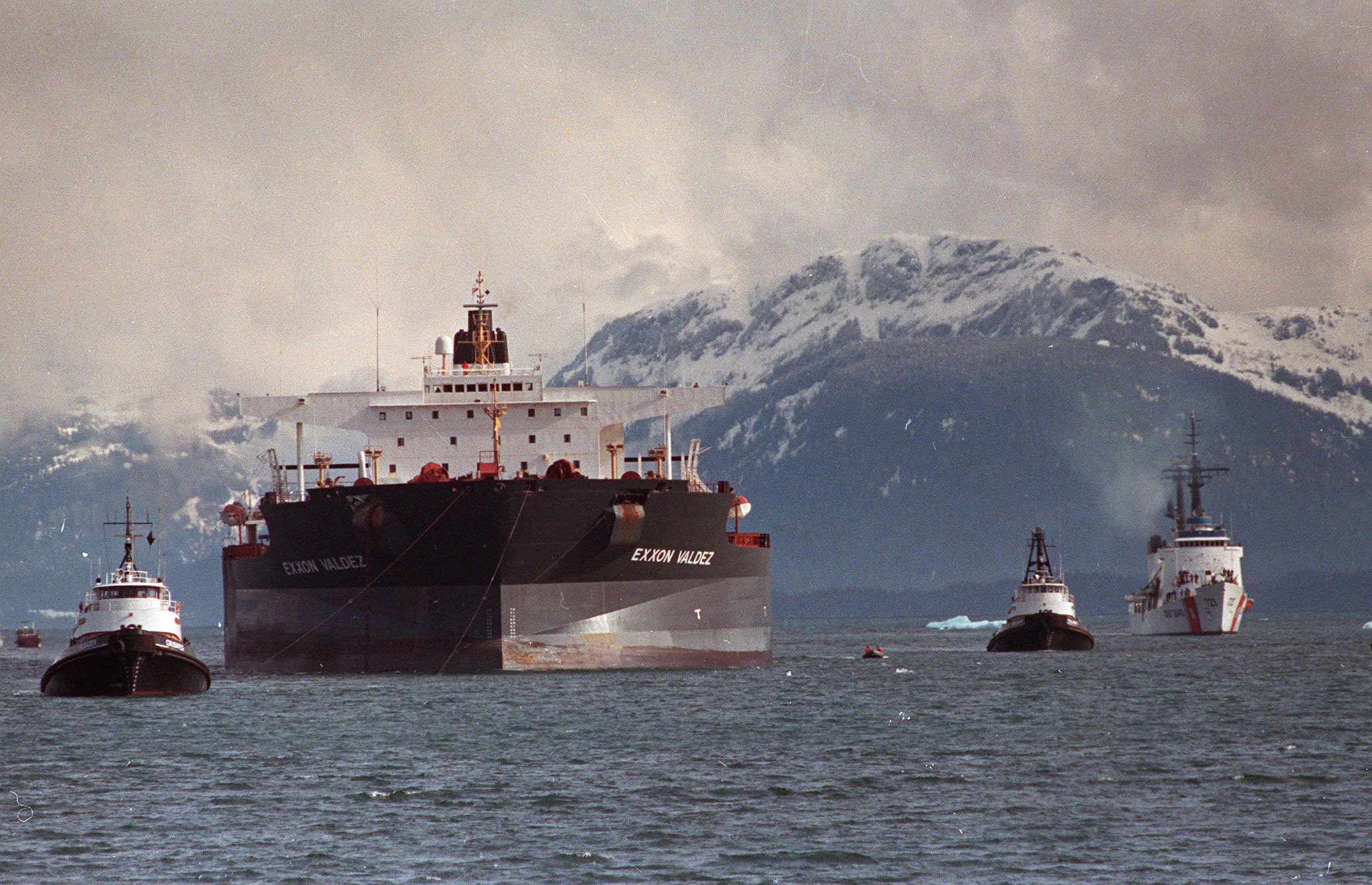 Top: The Exxon Valdez is towed out of Prince William Sound in Alaska in 1989. AP Photo/Al Grillo, File.

It's taken decades to clean up after Valdez—and, as National Geographic reports, there's still mayonnaise-like oil coating the beach after 25 years of cleanup work. But all that experience must mean that they're definitely prepared for the next one, right?

Not really. According to a report from the US Coast Guard (PDF), crews in oil-rich areas still aren't trained for what to do in the event of the next spill. "Current methods are inadequate to find and recover submerged oil, with responders having to reinvent the techniques on each occasion," the report begins. "Responses to recent higher profile submerged oil spills have shown responders have almost no capability in detection and recovery." 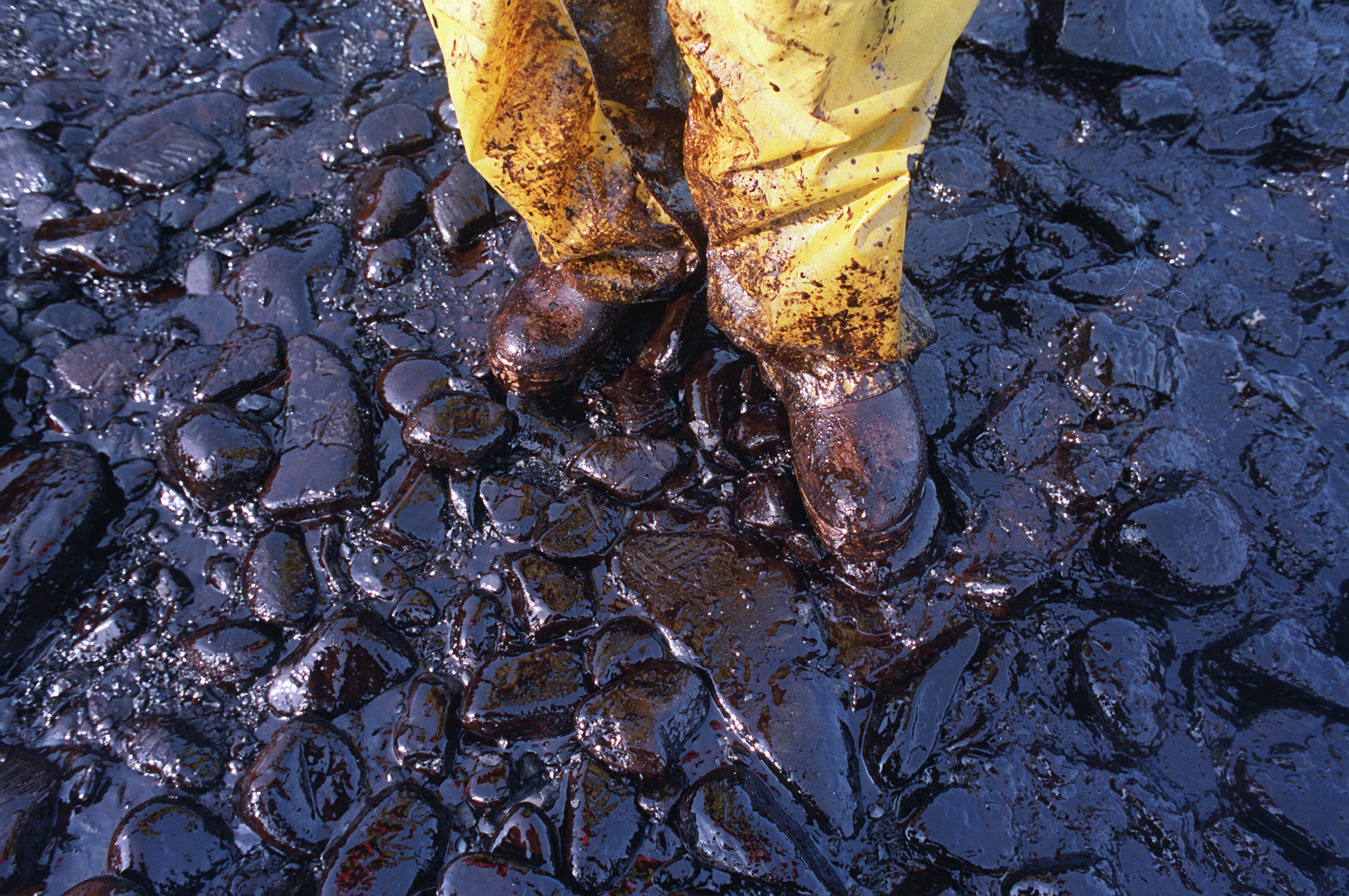 Thick crude oil washed up on the cobble beach of Evans Island sticks to the boots and pants of a local fisherman. 1989. AP Photo/John Gaps III.

Alaska might be prepared, simply because of experience, and the same goes for Louisiana, which has struggled for years to clean up Deepwater Horizon's 795 million litres of spilled oil. But keep in mind that 56.7 billion litres of oil travel through US state waters every year. That means Great Lakes states, other Gulf of Mexico states, and many others—which have never dealt with a disaster like Exxon Valdez. And as more crude oil from the Canadian tar sands comes south to American states—either by land or sea—it poses an even worse threat, because it's way harder to clean up.

One Canadian environmental report describes it as "extremely difficult, potentially even impossible, to completely remove from the water after a spill." This dirty, toxic crude has the potential to make the Valdez look like a walk in the park. 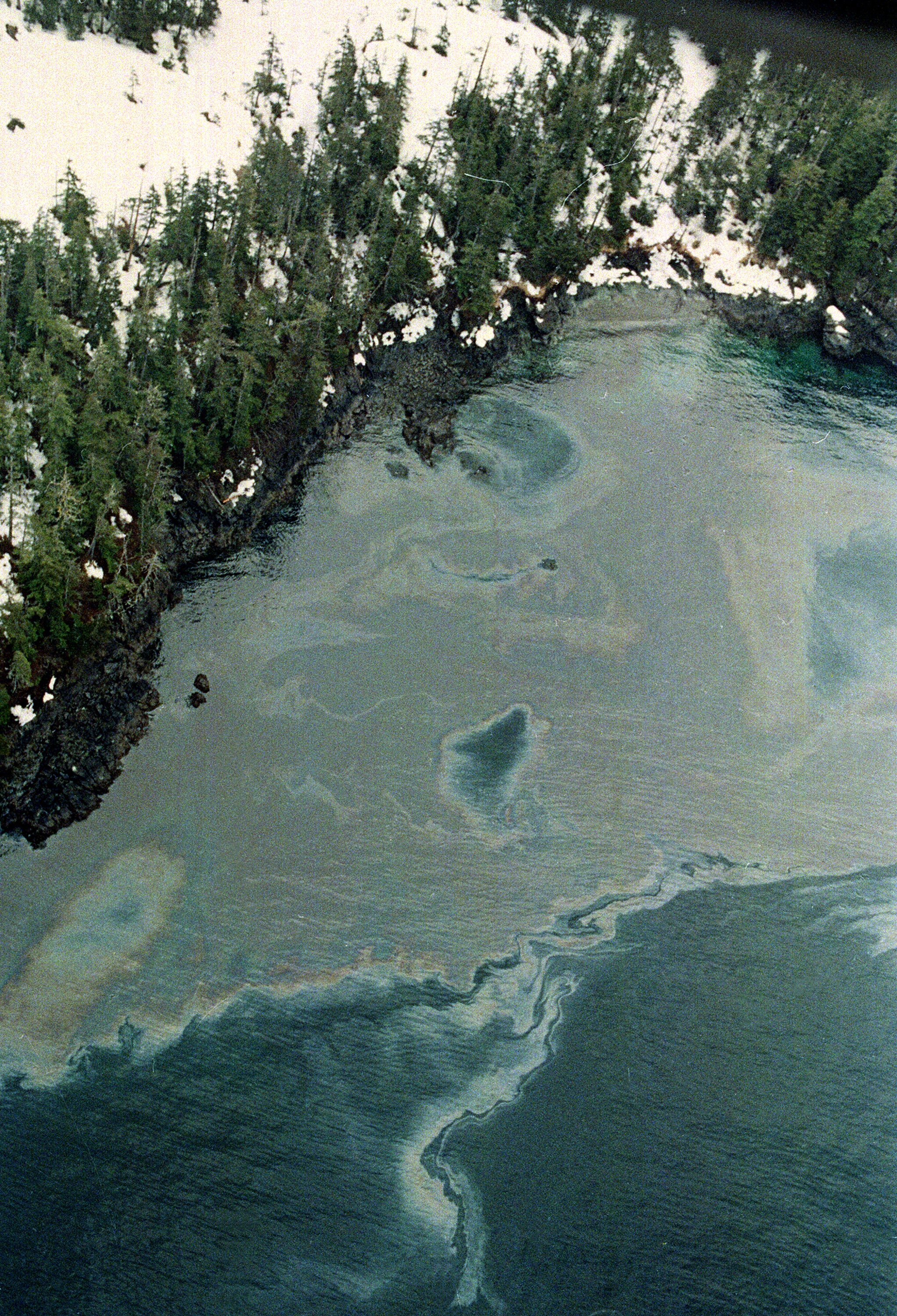 The Legislation Is Outdated

A major legacy of Exxon Valdez was the Oil Pollution Act, which was signed into law the year after the spill. One of the main features of the act is a fund to pay for cleanup and training—which is financed through a tax on crude oil. The only problem? The definition of crude is changing, but the law has stayed the same. As Grist's Heather Smith explains:

The trust fund is financed by a tax on crude, and this is where it gets interesting. The tax applies to the kind of crude that spilled out of the Valdez, but not the kind that makes up your modern, red-blooded American oil spill. Dilbit—the heavy, solvent-laced tar sands crude that oozed into the Kalamazoo River in 2010 and across Mayflower, Arkansas, in 2013 doesn't count, technically, as "oil."

That means the fund isn't getting any tax money from these new forms of crude—and could run dry before long.

Another Exxon Valdez Every Year

There's another unexpected consequence of stateside spills: Every drilling moratorium that's put into place in the US means that they're pushing our own problem into other countries:

All oil comes from someone's backyard, and when we don't reduce the amount of oil we consume, and refuse to drill at home, we end up getting people to drill for us in Kazakhstan, Angola and Nigeria — places without America's strong environmental safeguards or the resources to enforce them. 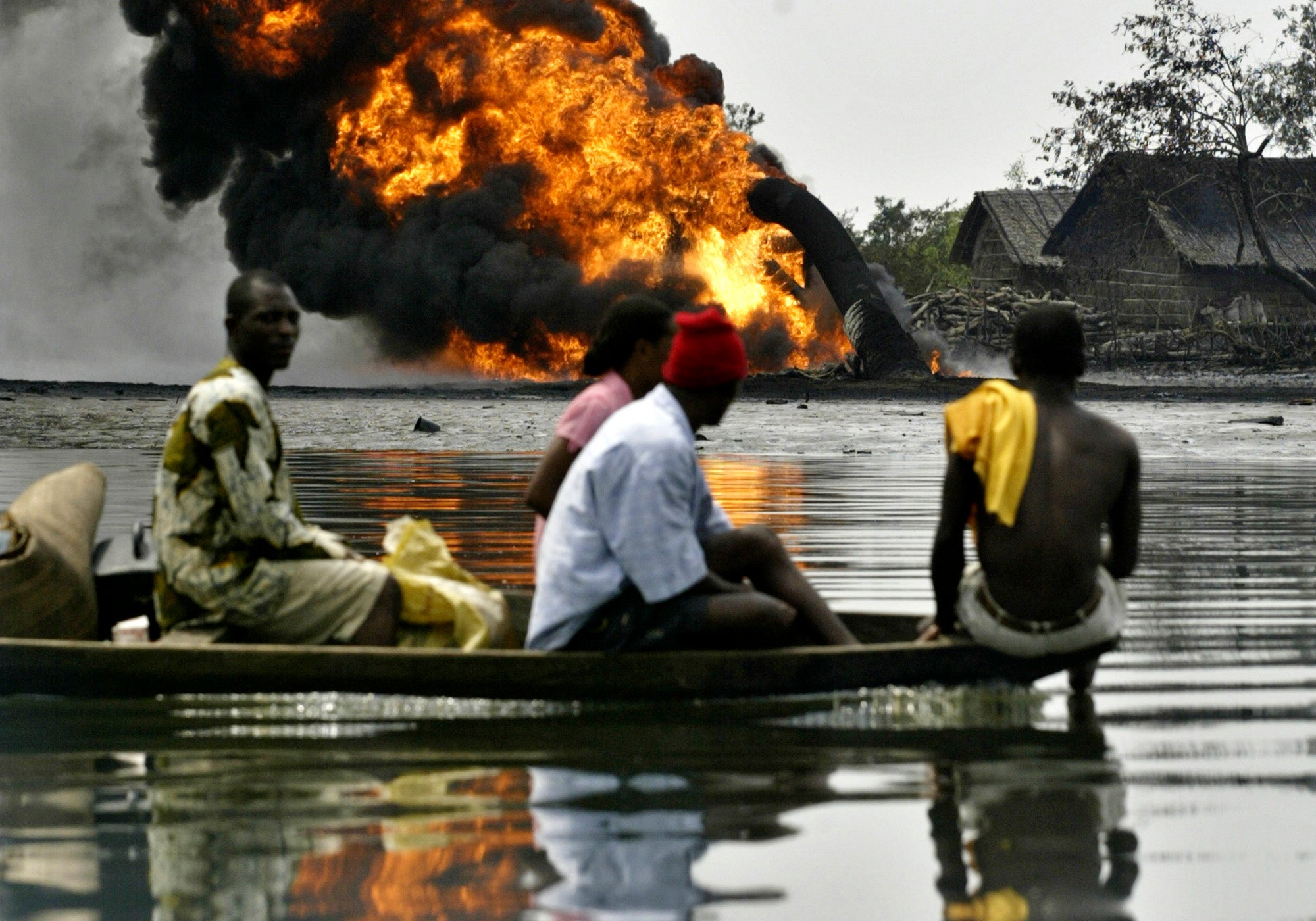 People evacuate their homes by boat, as they pass smoke and flames billowing from a burning oil pipeline belonging to the Shell Petroleum Development Company, in 2005. AP Photo/George Osodi.

Take the Niger Delta, for example. Oil spills are so common there that The New York Times estimates an equivalent of one Exxon Valdez spill seeps into the landscape every year—leaving behind acres of oil-slick landscapes where not a single insect or animal can survive. 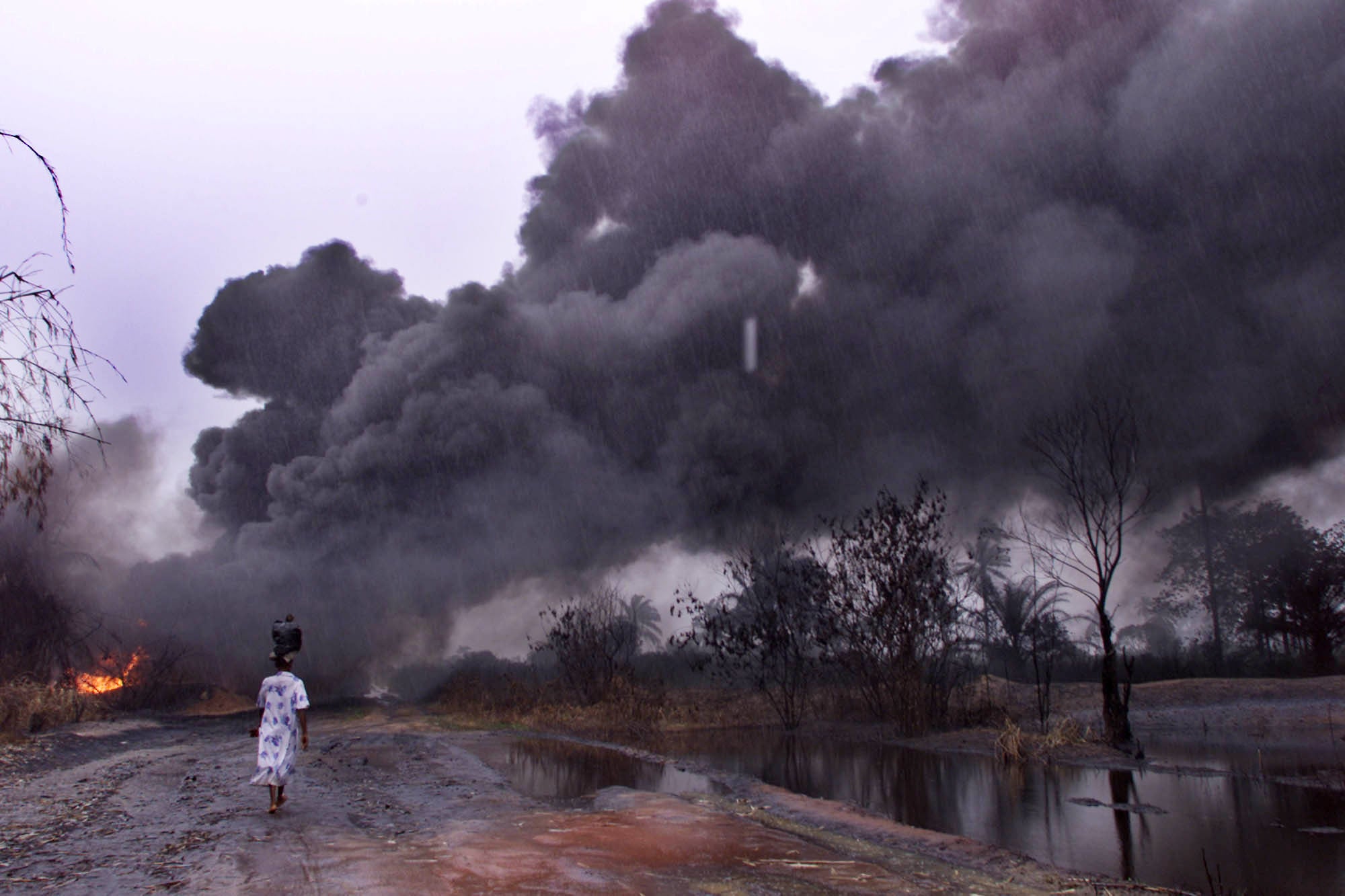 A villager walks near a raging oil fire near Baen, Nigeria, in 2001. AP Photo/Saurabh Das.

If the spills aren't happening in the US, they're happening abroad—in countries even less equipped to handle them, like Nigeria and Kazakhstan. While they might attempt to stop oil from pouring into American waters, appetite for the stuff is only growing—so they outsource their spills, too.

The Danger of Normalcy

Maybe the most dangerous thing, beyond our lack of adequate training, legislation, and oversight, is the fact that spills are now so common.

In July of 2010, another rupture spilled 332,000 litres of heavy crude into Michigan's Kalamazoo River. Hell—just last week, workers in North Dakota were scrambling to contain 128,000 litres of crude bleeding from a ruptured pipeline. 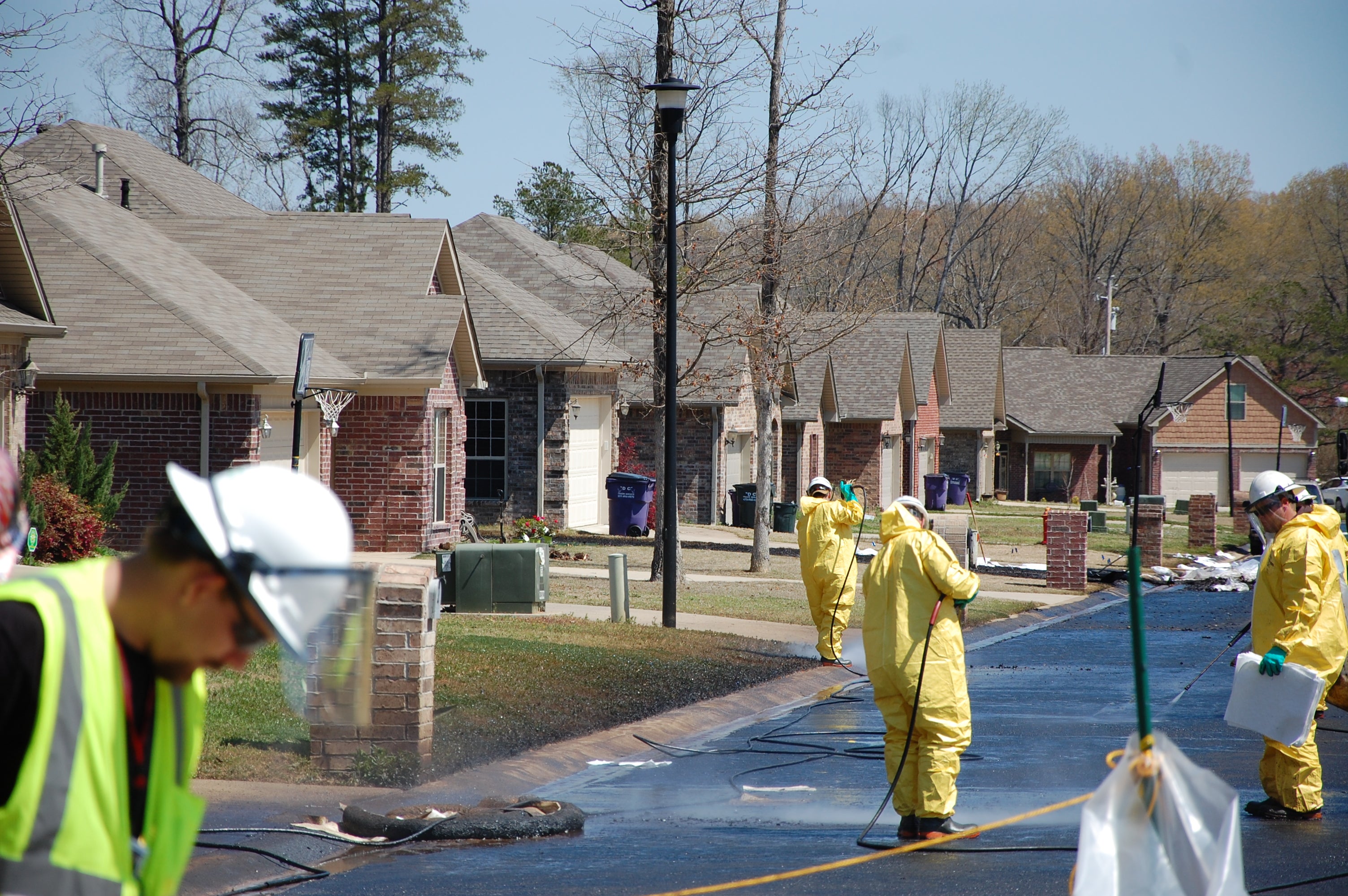 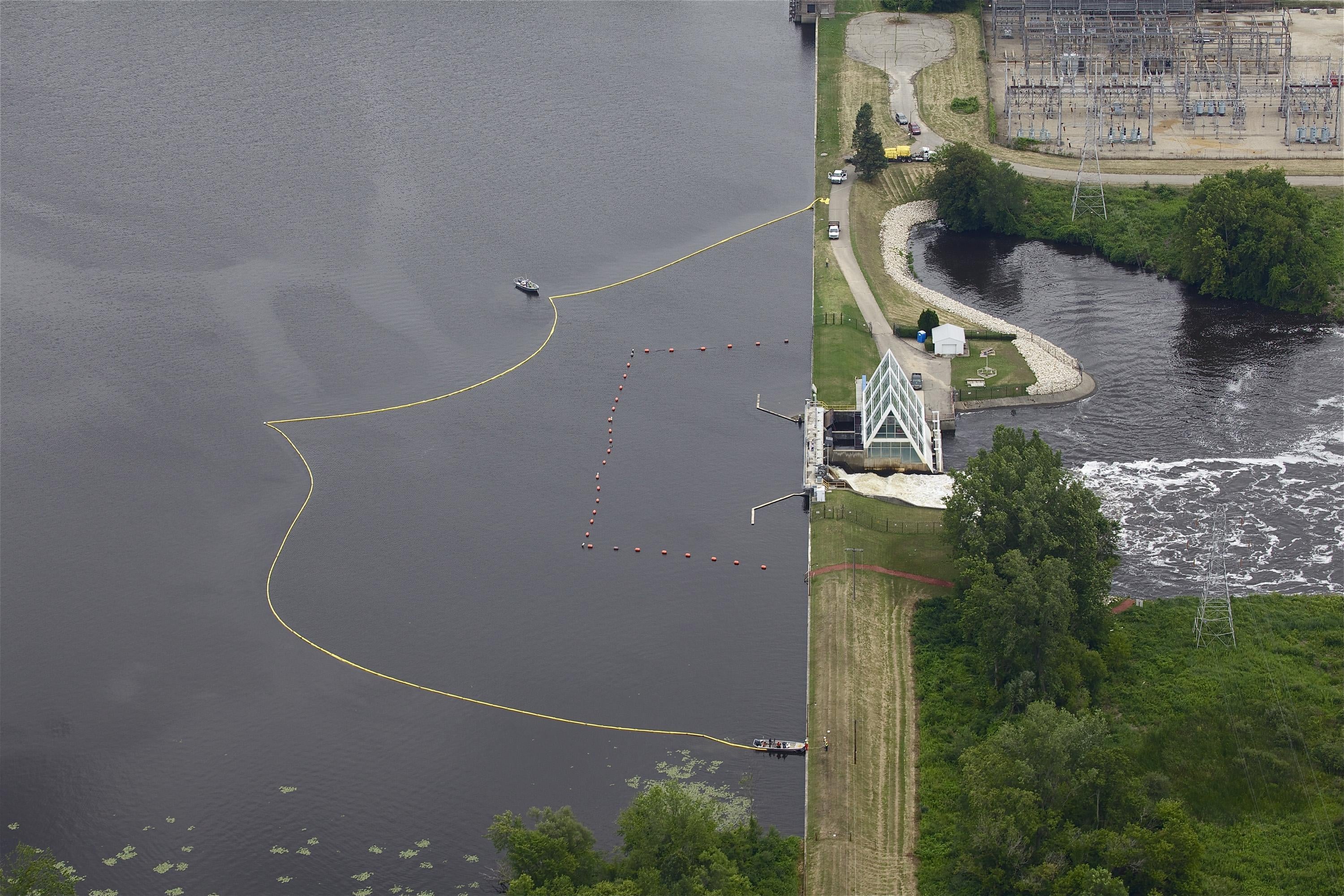 A sheen of oil on Morrow Lake in Kalamazoo County in 2010. AP Photo/State of Michigan. Crews work to clean up oil in Mayflower, Arkansas, in 2013. AP Photo/Jeannie Nuss.

These spills are smaller than Exxon Valdez and BP's Deepwater Horizon, which were watershed moments that transfixed the nation. But pipeline ruptures are, in some ways, the new normal—and the news media doesn't report on them the way it one did.

Perhaps that's the most dangerous outcome of tragedies like the Valdez. Once we've sated ourselves on endless news coverage and outrage of a massive spill, the spills that follow are just drops in the bucket—warning bells that are ignored until the next record-breaking catastrophe.