365 Days of Weather in 35 Cities, all in a Single Beautiful Image

Next time your weather forecast predicts the blizzard of the century, you could gaze at this gorgeous weather visualisation and find where in the world you should be vacationing. (Spoiler: it's probably somewhere sunny like California.) The designers at Raureif, masterminds behind a successful weather app, have gone analogue—packing a whole year's worth of global weather into one amazing poster. 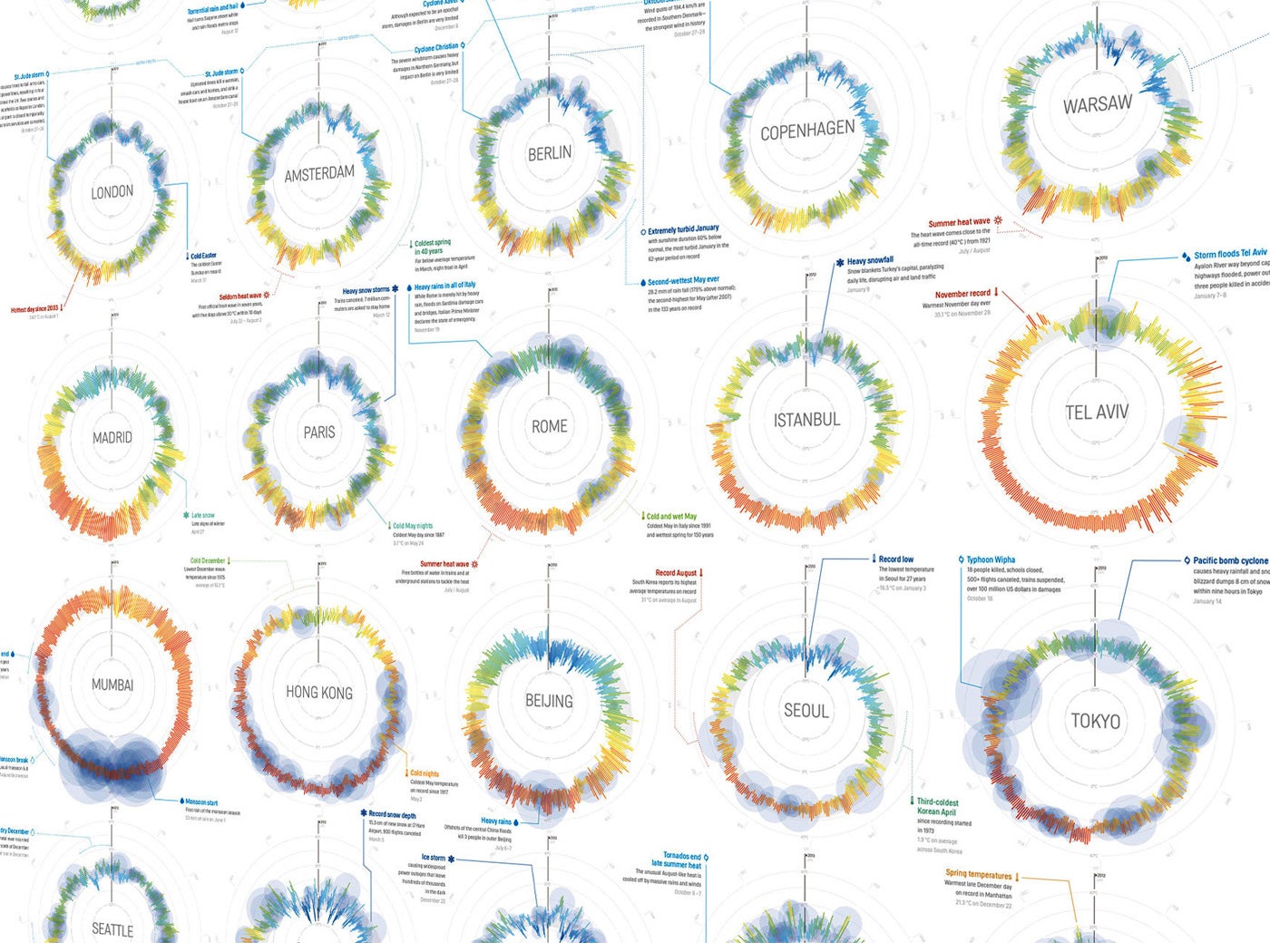 Each rainbow wheel actually represents the daily temperature of a city in 2013. Blue circles mark rainfall, while annotations point out extreme weather events like a rare snowstorm in Cairo or a hailstorm wreaking havoc on Johannesburg. With cities loosely organised by region, patterns begin to emerge in the relative dominances of blue and red.

Take a look at some of the graphics below. 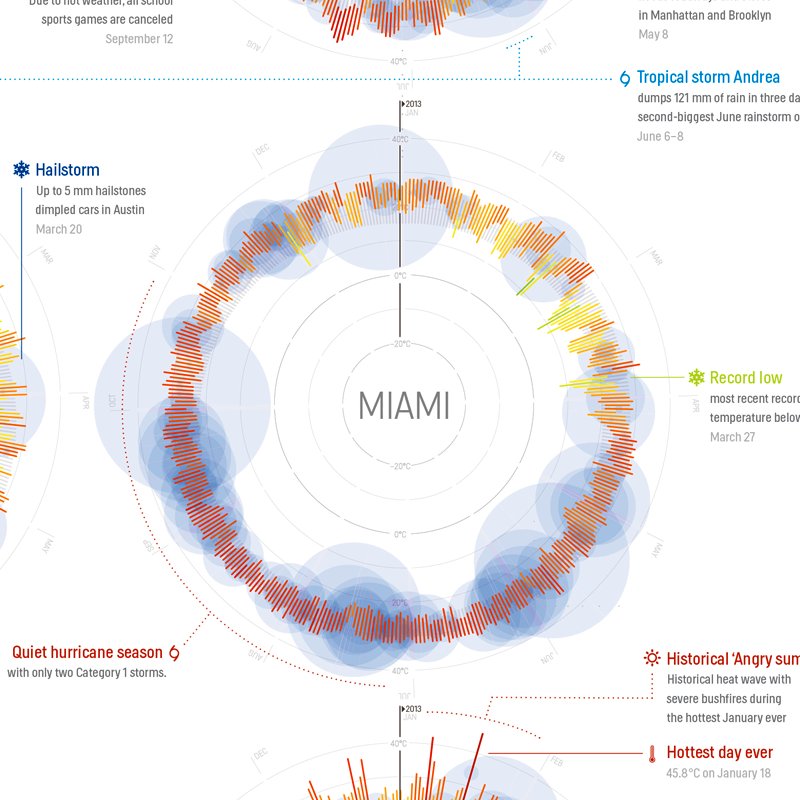 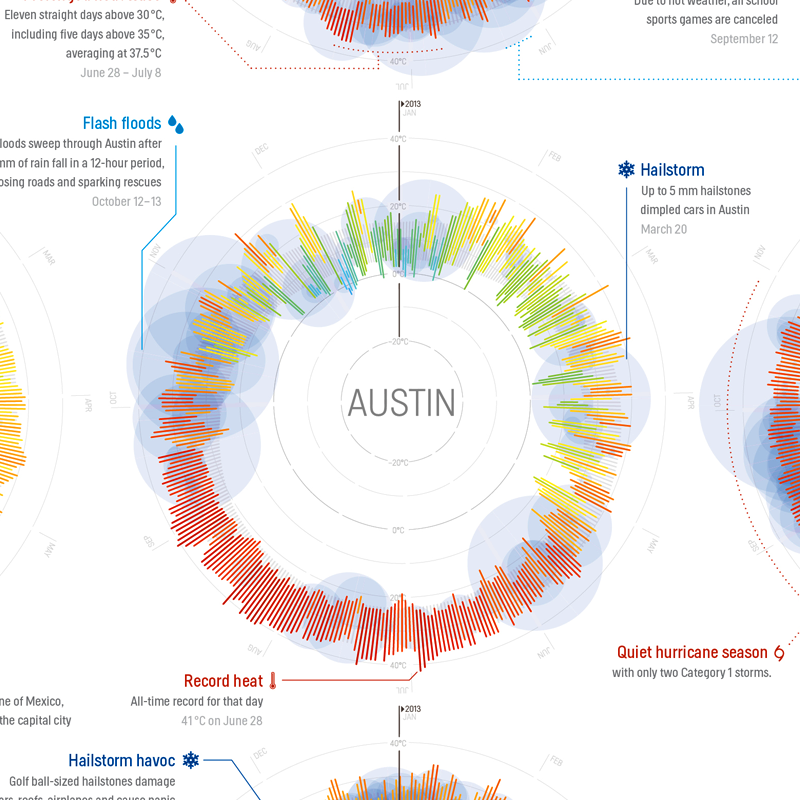 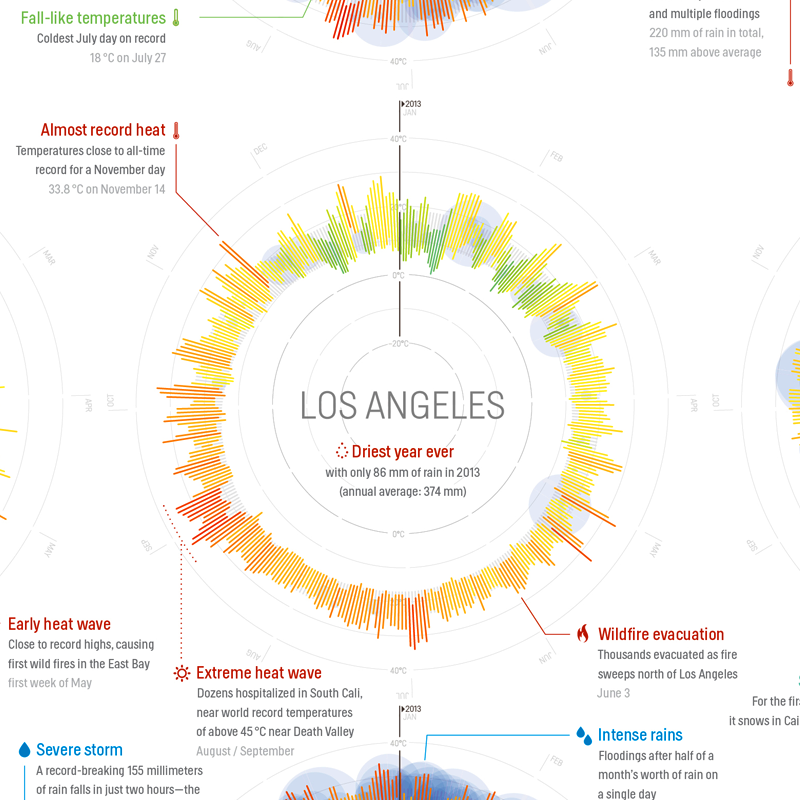 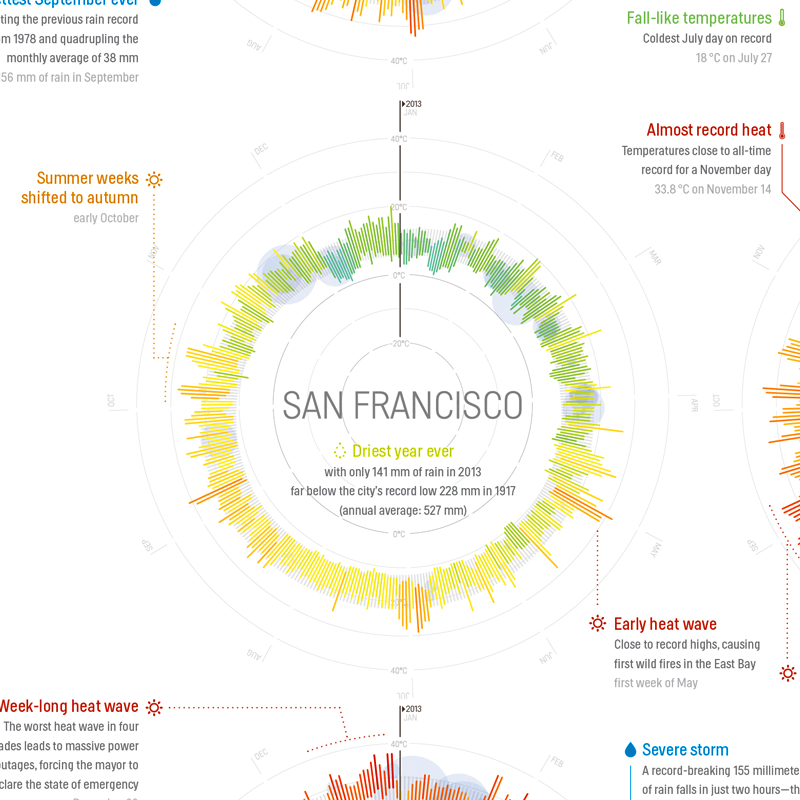 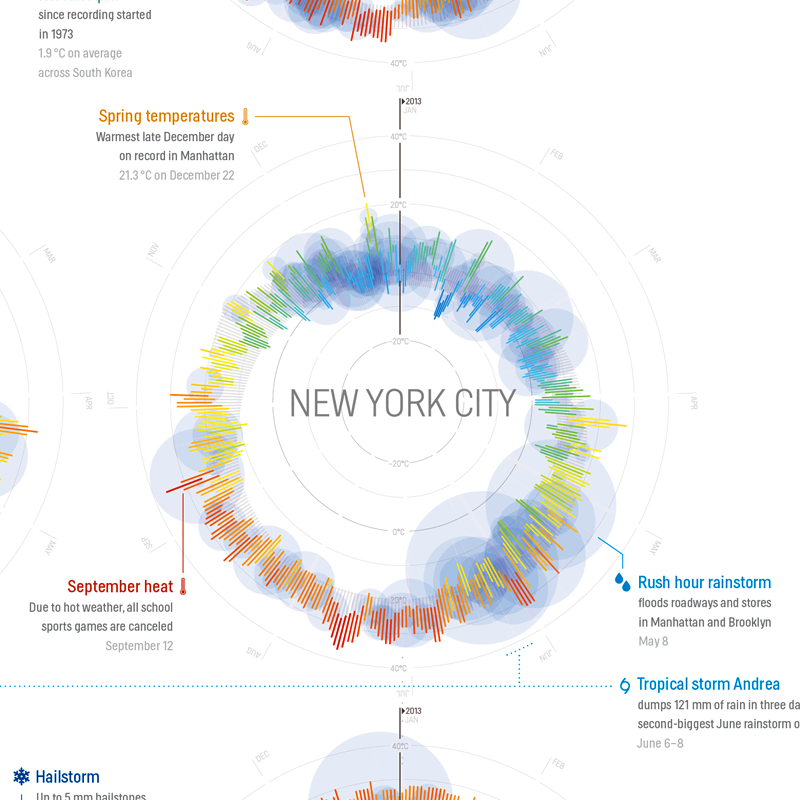 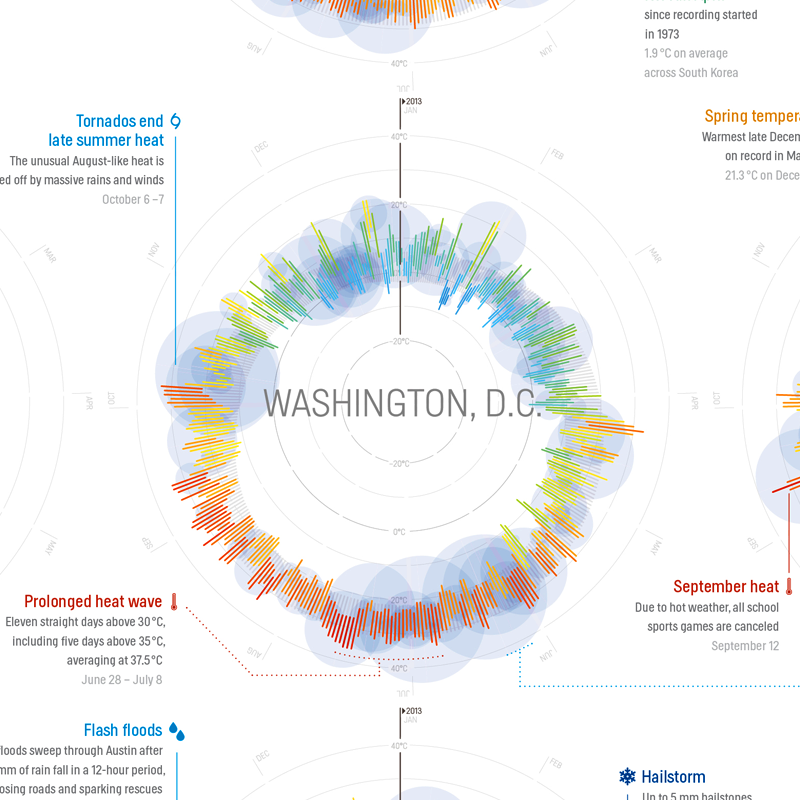 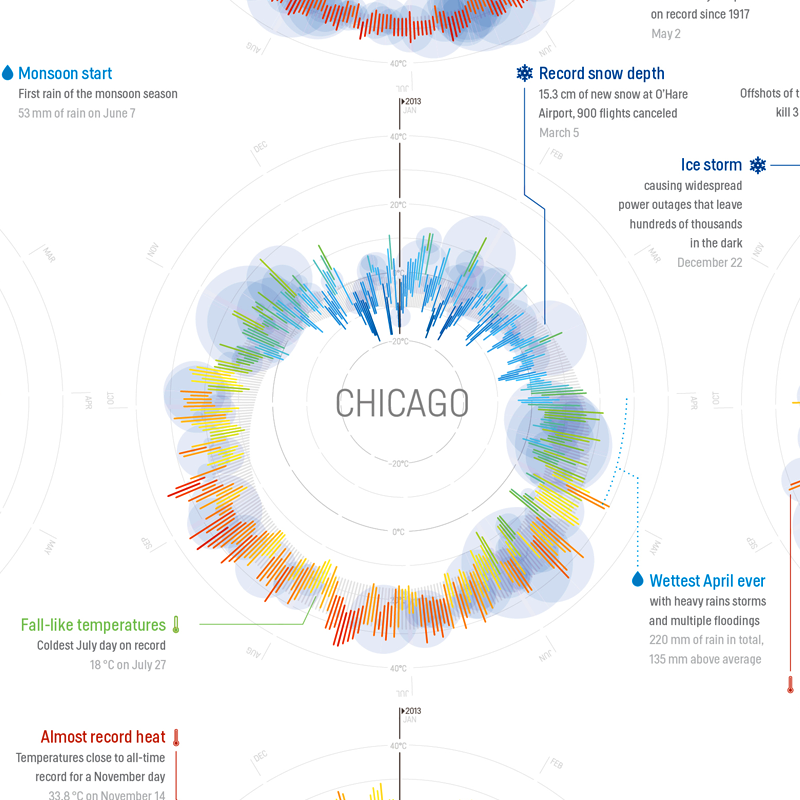 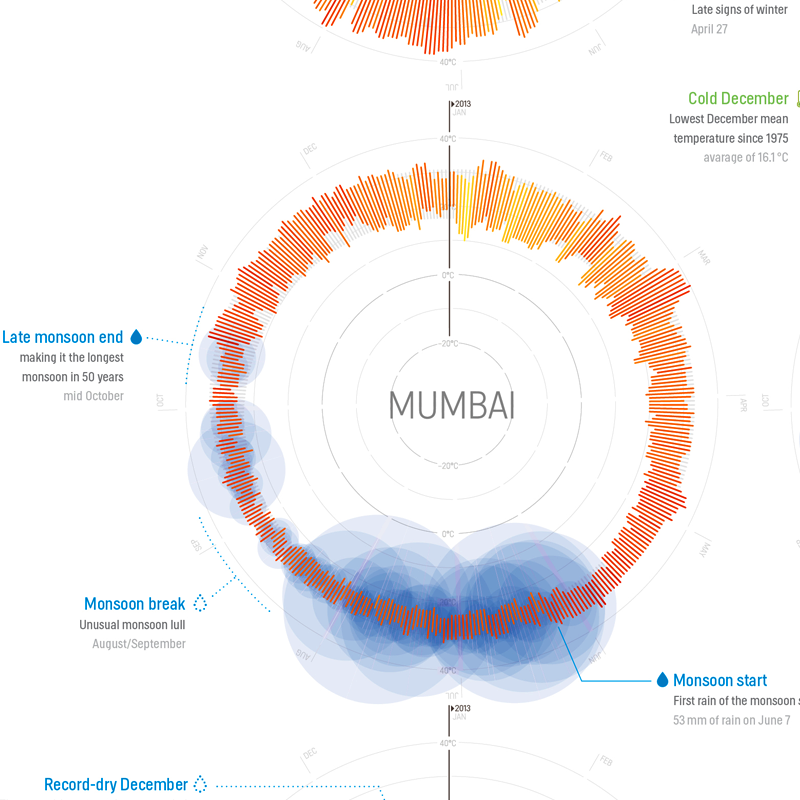 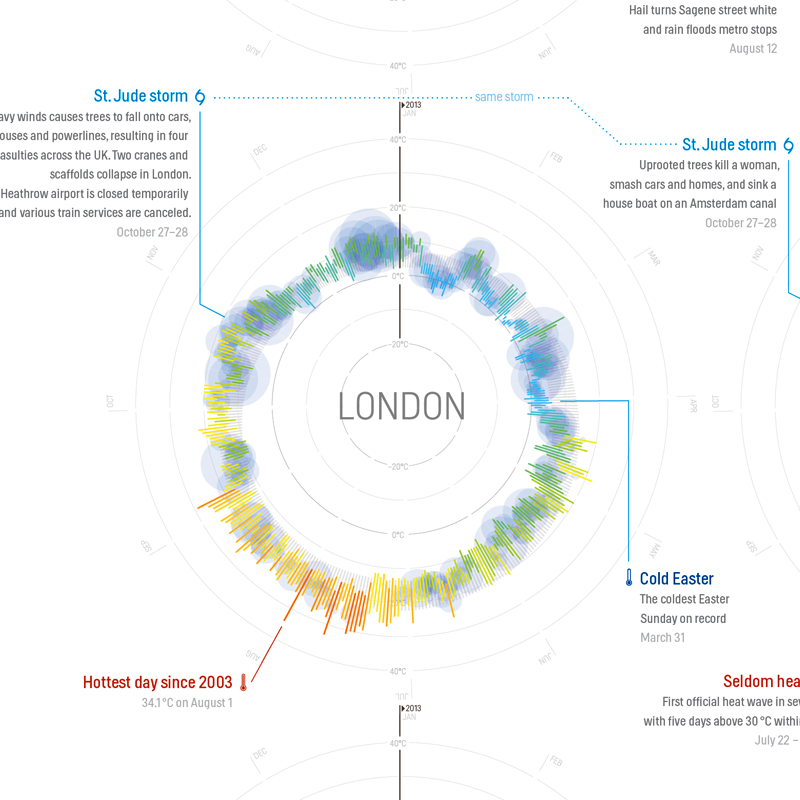 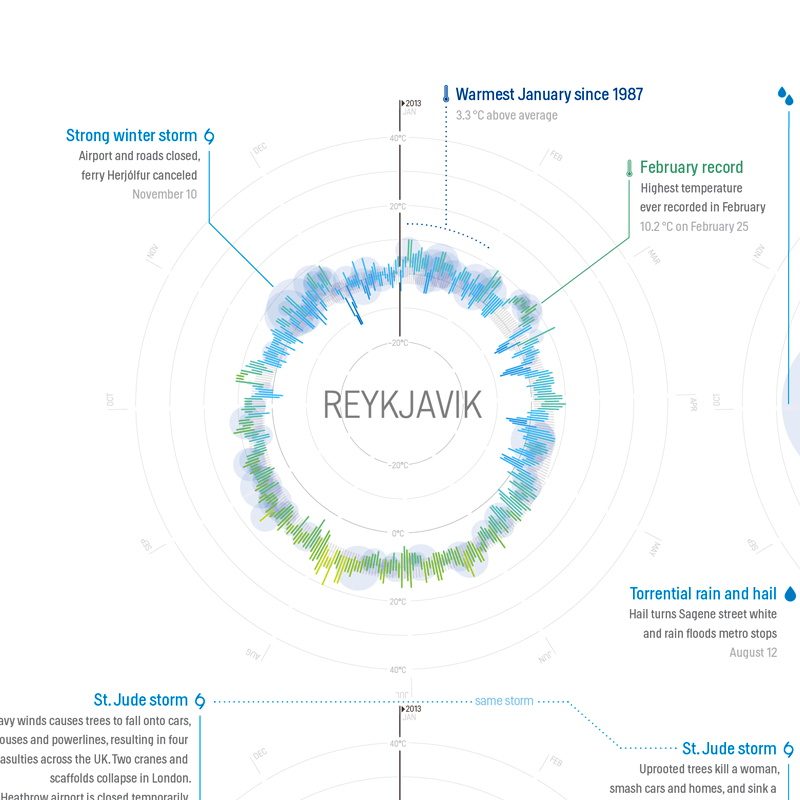 If you're a weather nerd, a dataviz nerd, or, better yet, both, the Berlin-based interaction design consultancy is selling their poster online at £21 a pop. [Weather Radials via Wired]