With glaciers firing off more icebergs into the Atlantic than ever before, it shouldn't be surprising that people are envisioning futures that make the most of the dystopian realities a climate-changed world could bring. Cities that float around the arctic while eating icebergs are another one of those futures. 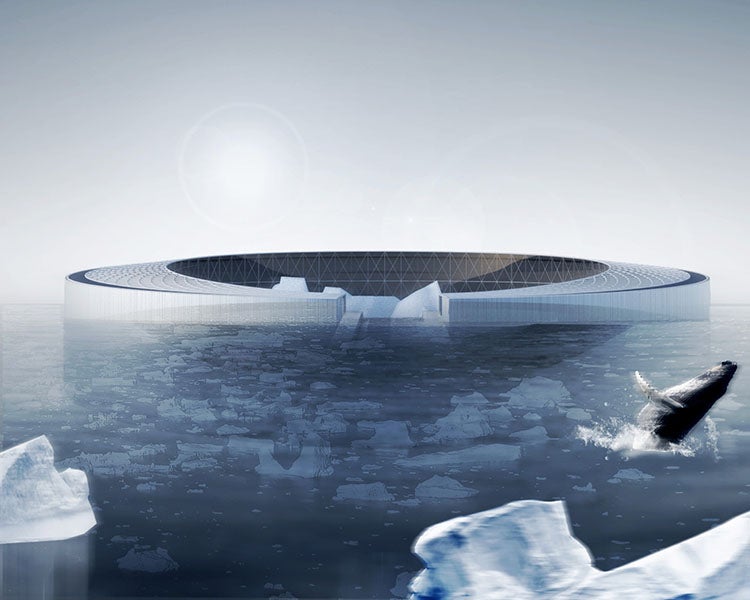 This Waterworld-esque living ship is called Arctic Harvester, and it is the brainchild of two French architecture students. The duo were inspired to design the floating community during unrelated studies on Greenland. They became captivated by the nation's strange juxtaposition of natural resource abundance. "An iceberg is an oasis [of fresh water]," explains the design team. "We had what seemed to us a massive resource on one hand, and a massive lack—no local produce—on the other." 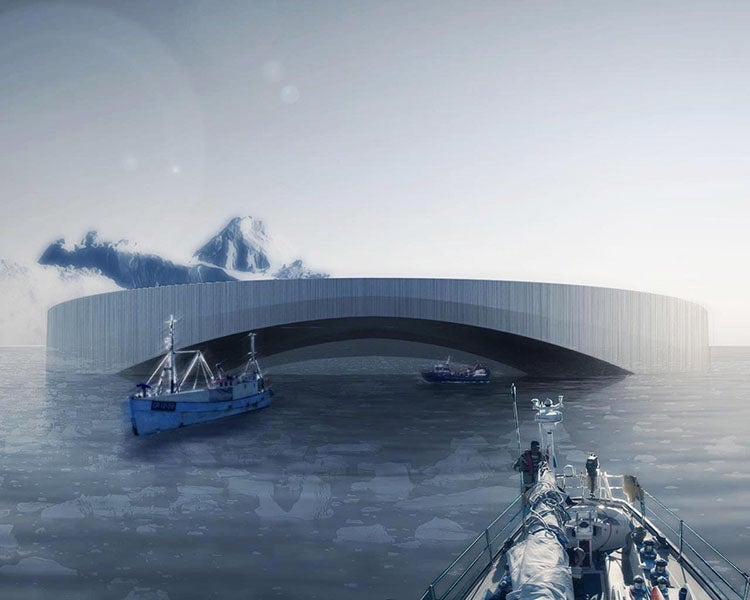 Arctic Harvester capitalises on the abundance of fresh-water icebergs by capturing them with its circular shape. It's covered in solar panels to make the most of the endless summertime sun. The duo believes these two things are nearly enough to fuel hydroponic gardens that would feed a crew of 800 people. During the darker, winter months, they suggest the Harvester could draw power from an onboard osmotic system, which takes energy from mixing salt and fresh water. 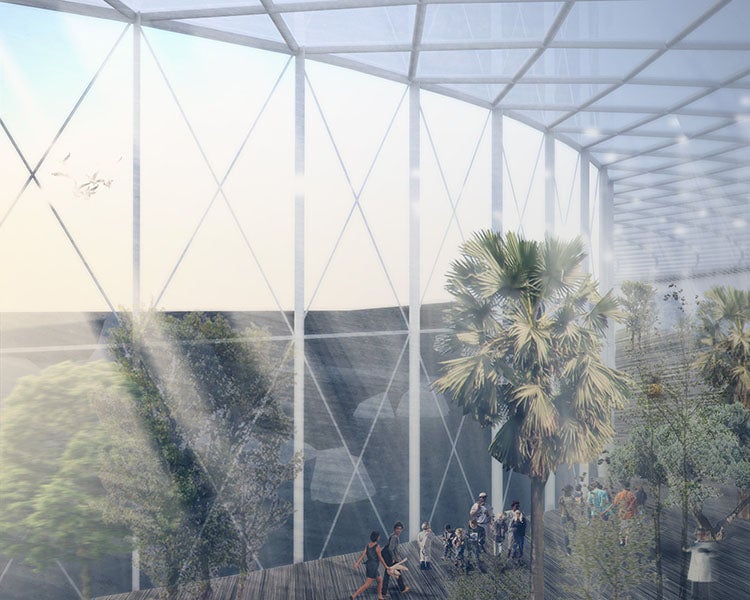 Arctic Harvester is made more sustainable by being propeller-less. "The vessel as a whole is designed to drift with the currents that carry the icebergs during the force of their lives, often circling on the ocean currents between Greenland and the coast of Labrador for up to two years, before heading south past the east coast of the United States," says team member Meriem Chabani. 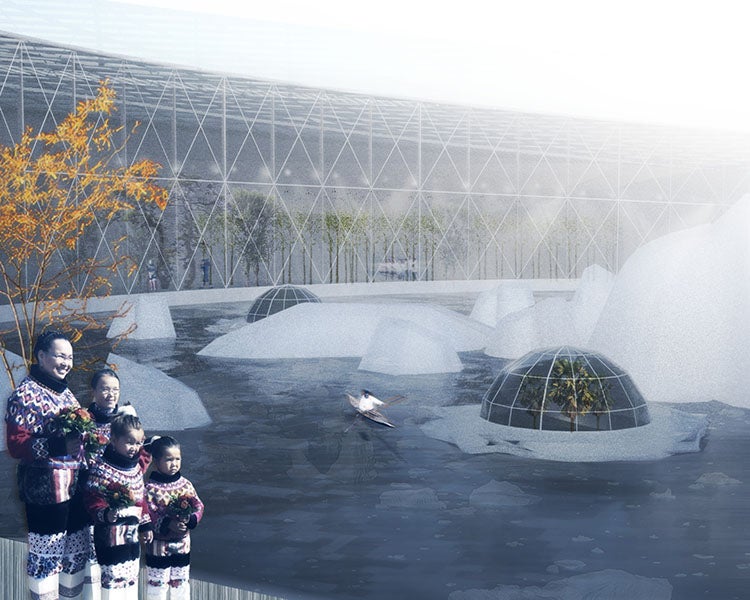 The duo and Polarisk Analytics are only just beginning to look for investors to make the first generation prototypes. And even if they never come to float, it's certainly a cool idea, which makes it more than fit for the arctic. [Co.Design]