A Graphite Sensor That's Drawn on With a Regular Pencil 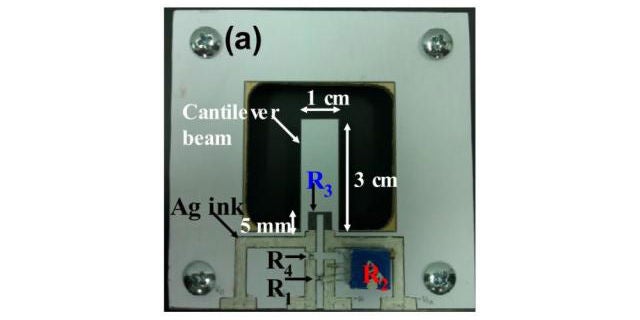 Piezoresistive sensors (PZRs) quantify mechanical stress by measuring a drop in resistance that occurs when the sensor is put under strain—that is, the more force that's applied, the more the sensor's electrical resistance drops. They're commonly used as pressure sensors and accelerometers. Typically, PZRs are made of silicon, which produces very accurate readings but is relatively expensive to manufacture. Recently, however, a team from Cheng Shiu University in Kaohsiung City, Taiwan, discovered that regular graphite—like, from pencils—can be utilised as well.

These sensors' accuracy are measured along the gauge factor (GF). Silicon sensors rate around 100, while the graphite sensors measure ways down in the single digits. Surprisingly, the team found that the grade of the pencil lead used affected its GF rating. As Physorg points out:

In experiments, [lead researcher, Ting-Kuo Kang] used 12 different grades of graphite pencils to draw U-shaped PZR sensors on paper. The pencils are graded by their ratio of graphite to clay. Grades ranged from 9B to 2H, where H denotes the hardness caused by the pencil's clay content, and B denotes the blackness due to the graphite content.

The sensors were drawn on paper that was placed on an electric scale in order to measure and maintain a consistent drawing force for each pencil-drawn sensor. The drawings were then glued on printed circuit board (PCB) strips, and a strain gauge mounted on each PCB strip. Then Kang applied cycles of stress to the sensor using a four-point bending technique, and measured the sensor's voltage change under the applied stress through an electric circuit.

Even so, the graphite variety costs a fraction of what silicon does to produce. As the technology develops, it could very well usher in a new wave of low-cost, disposable stress sensors that could be applied to infrastructure like bridges and overpasses, reporting developing structural failures before they become dangerous. [AIP via Physorg]