Cosmos Preview: The Universe Gets a Much-Needed Reboot

When we found out that Seth MacFarlane—a man known more for fart jokes than a passion for science—was behind the reboot of Cosmos: A Personal Voyage, we were understandably a little concerned. Fortunately, we were also totally wrong. If the first episode is any indicator, with Neil deGrasse Tyson at the reigns, the followup to Carl Sagan's otherworldly masterpiece is in very capable hands.

The original Cosmos of 1980 was a high-water mark for blending science with mass appeal, proving that there was in fact a willing audience out there. It was the most widely watched series in the history of American public television until 1990, and in the nearly 35 years since its debut, it's been broadcast in over 60 countries, where it's reached over 500 million pairs of eyeballs. "Success" doesn't even begin to do it justice.

But a lot can change in 35 years—especially when you're talking about a subject as vast as the universe itself. Even just a decade after the show, there was a significant round of updates added that refined estimates of various celestial bodies and made note of alternate points of view that hard arisen since the initial airing. But more than just being proved incorrect, many aspects of space that have become more or less commonplace—dark matter, dark energy, the Higgs boson, etc.—had barely even begun to enter the scientific sphere at the time. And though the visual effects were groundbreaking for the time period—and they do hold up well considering how much time has passed—they're nothing compared to what we can do today. To maintain any real relevance, Cosmos was in desperate need of an update.

Enter Neil deGrasse Tyson, himself a staunch worshipper at the altar of Carl Sagan and the perfect man to pick up where Sagan left of. Just like Sagan, Tyson has dedicated himself to making even the most complex phenomena palatable to the fickle masses. The man could explain quantum physics to a five-year-old. Which is, more or less, exactly what we see him doing in Cosmos' first episode of an eventual thirteen. 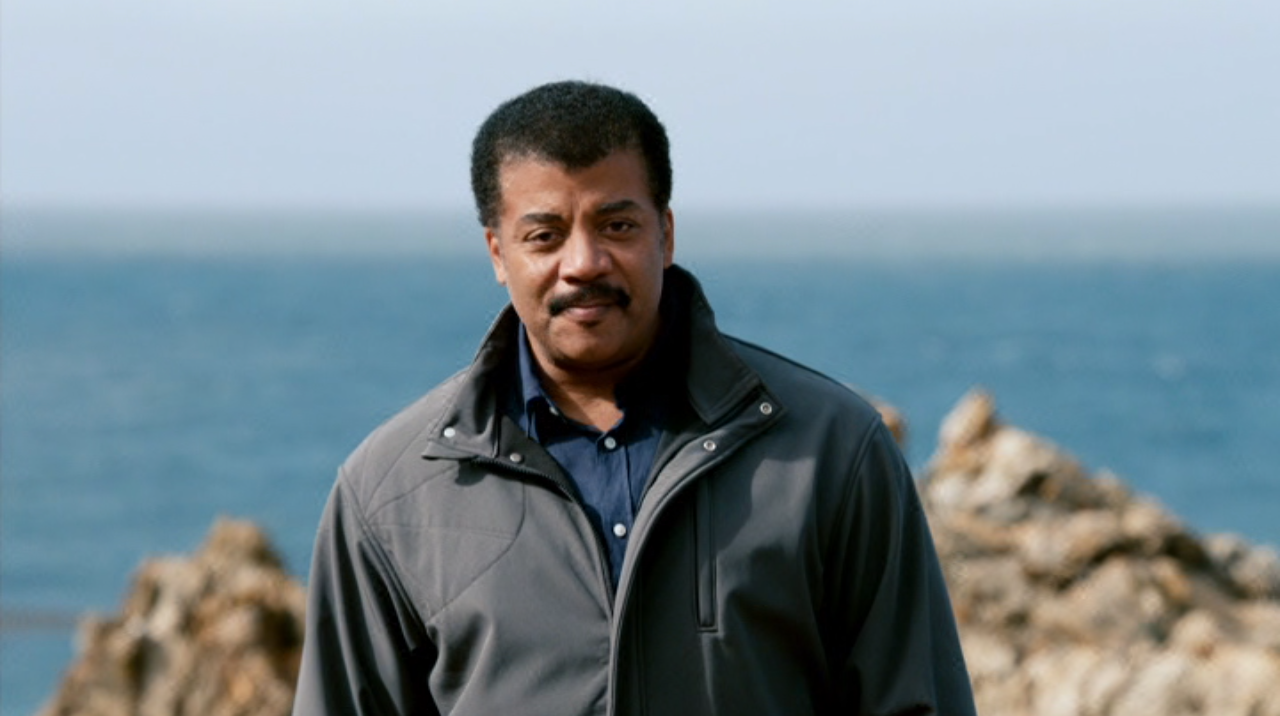 It certainly doesn't hurt that Bill Pope, the man responsible for the cinematography of The Matrix, is behind the wheel of what proves to be some mind-blowing CGI work. What could have been downright cheesy (though it does admittedly get dangerously close at times) is too dazzling to give your mind room to consider anything else. We see Tyson in a generously updated version of Sagan's famed "Ship of the Imagination" as he stares out into space's wild expanse before seamlessly stepping into the misty sauna of one of Earth's earlier epochs.

Despite the fancy new tricks, it sticks mainly with what made the original so incredible, with Tyson walking amongst celestial forms in the coldest reaches of spaces. Tyson's Cosmos manages to strike a nice balance between hearty bits of scientific knowledge to chew on and sweeping scenes that will keep many a stoned uni student entranced for hours. 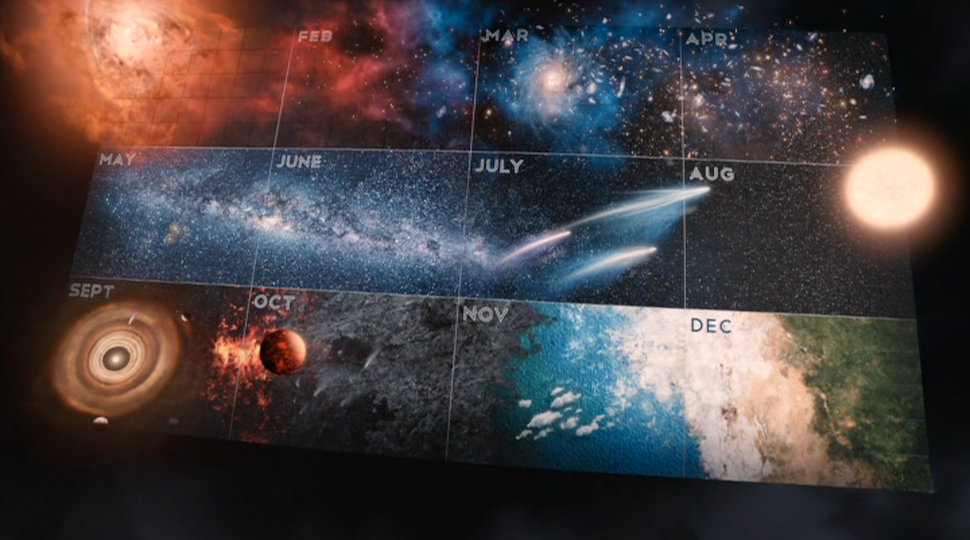 Tyson's ship more or less acts as homebase throughout our journey, and proving its desire to stay as close as possible to the Cosmos so many grew up with, it uses Sagan's same spatial cues (wide windows gazing above and below, respectively) to signal moving forward and backwards in time. But that's just one of many tributes to the Cosmos of yesteryear. Many will be happy to know that references to our cosmic address, the cosmic calendar, and—yes—even star stuff make it into Tyson's script in ample supply.

But this isn't the Cosmos of 1980. MacFarlane and Tyson manage to make it their own. The most notable difference is a somewhat off-putting break into cartoon animation as Tyson tells the tale of Giordano Bruno. Sagan included a mini-history lesson, too, but this time the story relies more on the animation than Tyson's (significant) story-telling ability, almost to the show's detriment. Animation in and of itself is difficult, and making the leap from mind-blowing realism to jerky cartoons doesn't entirely work here. There's also a brief, somewhat forced mention of sex that seems to have been thrown in as an edgy afterthought—a way to update the squeaky-clean show of the past and prove that this ain't your grandmother's Cosmos. Again, it just doesn't quite work here.

But Cosmos' faults are few and far between, thanks to Tyson's many strengths. His tone is didactic but never patronising, and anyone who's ever heard the man speak knows he is wildly passionate about what he does. It doesn't hurt that that passion happens to be wildly contagious, especially in a world where more and more people are eschewing science and reason in favour pseudoscience and unfounded beliefs; this reboot couldn't have come any sooner. And couldn't have asked for a better person to lead it.