Explore the Moon’s North Pole With This Gargantuan Photo Mosaic

By PJ Smith on at

Over the past four years the Lunar Reconnaissance Orbiter (LRO) was busy collecting photographs… 10,581 to be exact. And it was all for you! So you could explore the moon at a dazzling resolution of two metres per pixel.

The total explorable area captured by the LRO spans a quarter of the Continental United States. NASA's scientists are even calling the feat "one of the world's largest images… at least publicly available on the web." 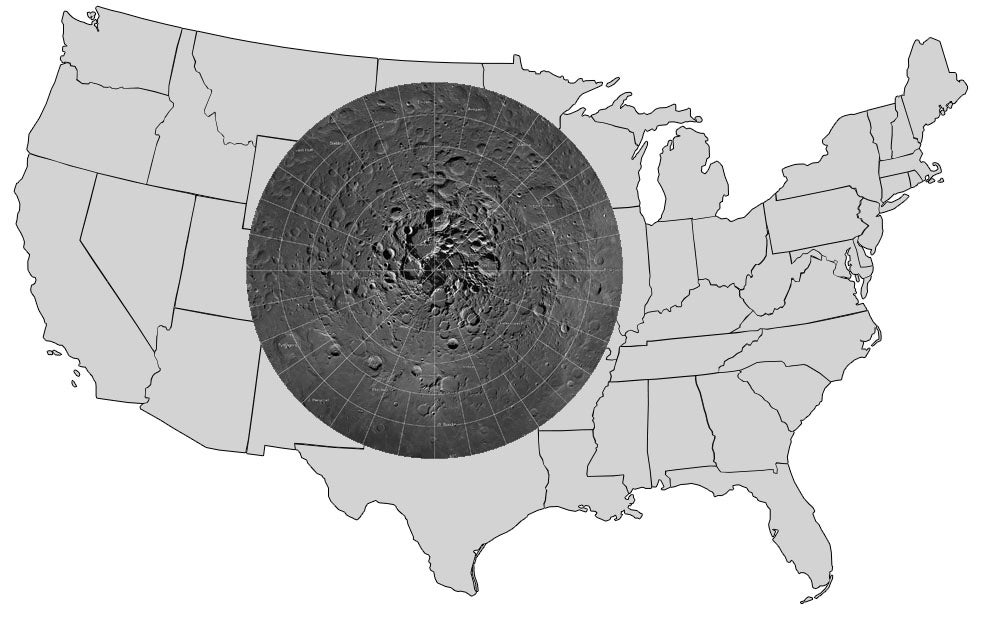 It's believable, considering its uncompressed size is 3.3 terabytes, and if you were to print the entire image at 330 dpi resolution, it would fill an entire football field. So take a couple moments to fly around the moon's craters, the LRO's been at it for four years.