The mysterious disappearance of Malaysia Airlines Flight 370 off the coast of Vietnam has prompted a massive multinational maritime search for hints of the plane's fate. Among the growing armada of surface and aerial search vessels is the US Navy's venerable P-3C Orion, a long-range surveillance platform still just as effective today as it was in the early Cold War.

Lockheed developed the four-engine turbo-prop P-3 Orion for the US Navy as an anti-submarine and maritime surveillance aircraft, introducing it 1962. The basic fuselage design was lifted from the Lockheed L-188 Electra commercial airliner, but the militarised version bears little further resemblance to its civilian precursor. The Orion, for example, sported a long Magnetic Anomaly Detector (aka a "MAD boom")—used to spot submerged submarines—under its tail. It also employs a Raytheon synthetic aperture search radar system, Advanced Imaging Multispectral Sensor, sonobuoy receivers and acoustic processors for detecting passing subs, and a host of other long-range sensor suites. There is so much surveillance gear packed aboard this plane, it requires a crew of 11 airmen to operate.

The planes have also housed the latest and greatest in surveillance systems throughout their 50-plus year service careers. In fact, the P-3 Orion is among a very select few aircraft, including the KC-135 Stratotanker and B-52 Stratofortress, to serve more than half a century.

While the US fleet of 734 Orions will eventually be phased out in favour of the more modern P-8A Poseidon, these remain widely used aircraft and serve in more than a dozen nations worldwide. They are also routinely put to use in humanitarian missions, such as the search for the missing Malaysia Airlines plane. 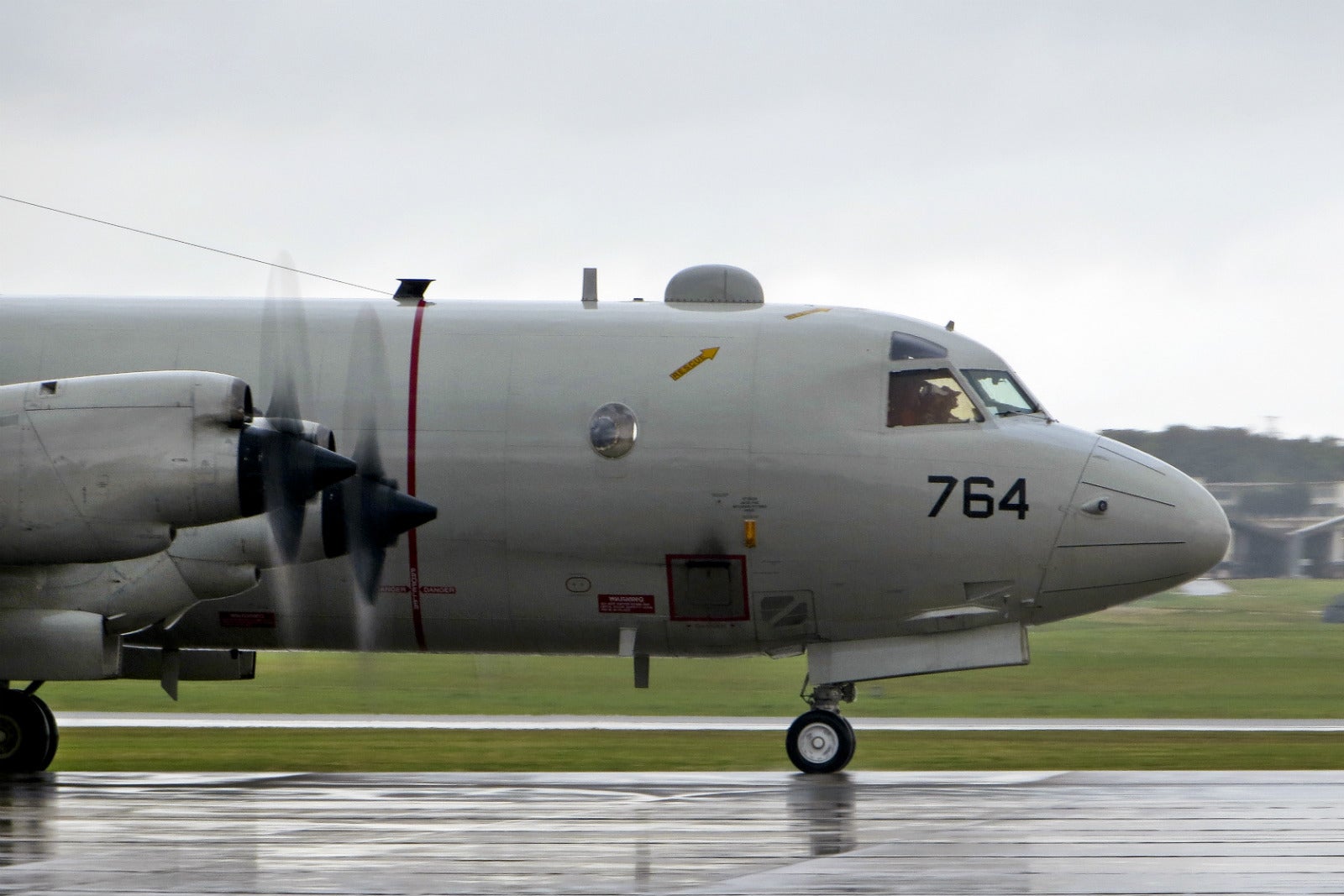 The US Navy deployed a P-3C Orion aircraft from Kadena Air Base in Okinawa, Japan, to the search area last Sunday, where it joined the 7th Fleet's USS Kidd and USS Pinckney, both Arleigh Burke-class guided missile destroyers, in the search effort. The 116 foot long P-3C is equipped with a quartet of 4,600 shaft horse power Allison T56-A-14 turboprop engines which provide a cruising speed of 377 mph with a range of 2,380 nautical miles. This will allow the P-3C to cover 1,500 square miles every hour according to Cmdr. William Marks, the spokesman for the U.S. 7th Fleet. What's more, the Orion can remain airborne for up to 16 hours at time, giving crews more time to search for the missing airliner. [Stars and Stripes - Wiki]