How the Persian Gulf is Quietly Building a Railroad Empire

Over in the US, the arrival of a new tunnel boring machine is huge news, warranting naming ceremonies and Twitter accounts. Meanwhile, in Doha, officials have quietly signed a contract to buy fifteen boring machines to build a sprawling new underground rail system. And that's nothing compared to the massive transit network being built to connect the rest of the Gulf states.

Herrenknecht, the German company that signed the deal with Doha, makes a tunnel boring device called a Earth Pressure Balance shield. It's different from some other boring machines because it's designed for use in soft soil, like Doha's. It uses sensors to determine the exact amount of pressure needed to balance the rate of soil removal to the speed of the machine—that way, the ground doesn't collapse in on the digging.

15 of these babies will be at work beneath Doha at once, digging more than 50 miles of subway within the next few years. According to officials, the idea is to build the tunnels as quickly as possible without disrupting traffic up top.

Doha has been the focus of major development—and controversy over worker abuse at construction sites—this year, as it preps for its role as host of the 2022 World Cup. Part of that plan is building this public transit system: A four-line, 185-mile network of underground trains, to start with, plus a £83.5 million tram system being built by Siemens.

While the scale of Doha's project is absolutely huge, it's very far from the only massive transit system being built in the Gulf states.

Take Riyadh, for instance. There, workers are building a 100-mile driverless transit system, comprised of six different lines and 87 stations, many of them designed by well-known architects like Zaha Hadid: 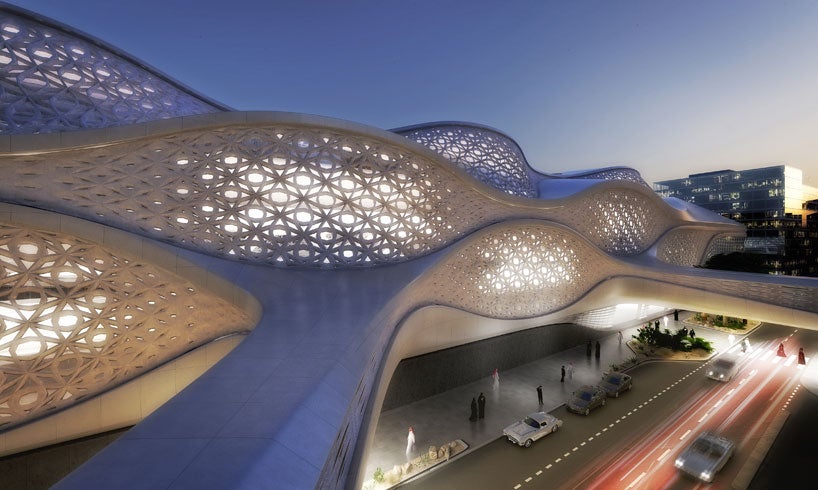 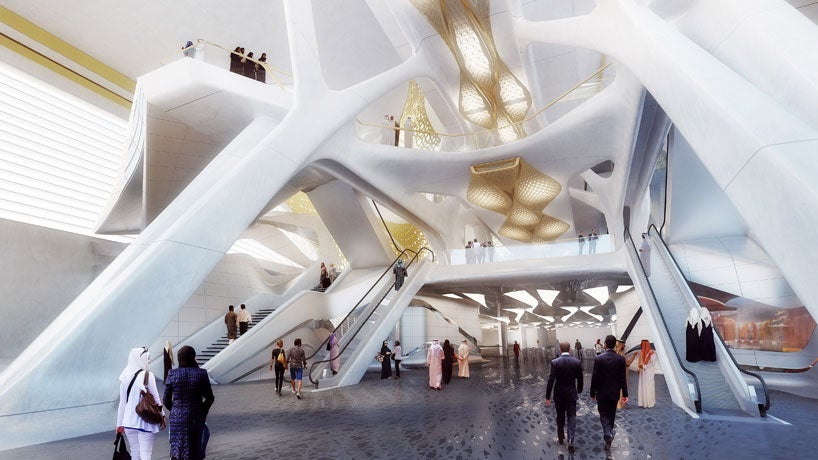 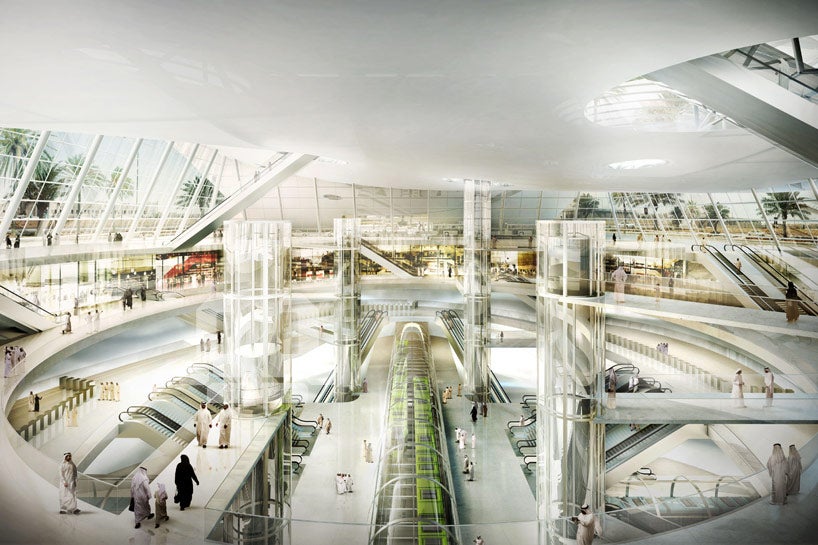 The system will cost at least £13.6 billion—which will make it one of the biggest transit projects ever. It's planned to be at least partially completed by 2018.

Meanwhile, in the UAE, crews are building a sprawling, £6.6 billion railway system to connect Dubai and Abu Dhabi to sites inland and boost the economy. The system will span 745 miles of forbidding interior territory, with crews enduring "sweltering desert heat and sandstorms." This system, too, is scheduled to be completed by 2018.

One Pan-Gulf Network To Rule Them All: £120 Billion

Likewise, Kuwait has designs on a £6.7 billion, 102-mile rapid transit system, while Oman plans a 660-mile national rail network with a price tag of £9 billion. But none of these projects can compare to the scale of the vast Gulf Cooperation Council Railway, or GCC, which will connect all six Gulf states with 1,350 miles of train lines.

The UAE, Saudi Arabia and Qatar have all already begun construction on their portions of the network, which will cost upwards of £120 billion. But according to Bloomberg, some states are lagging behind with construction, as they struggle to obtain the necessary land rights and even construction materials. It's estimated that 80,000 workers will be needed to complete the project. 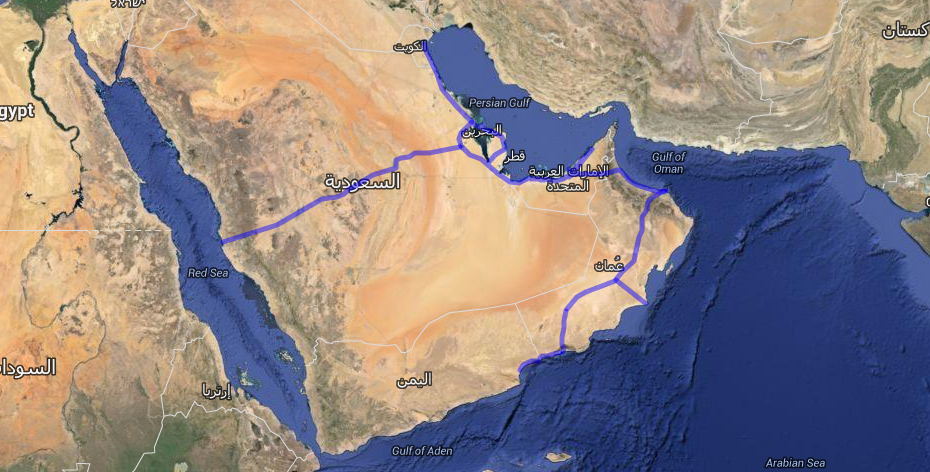 A Sprawling Solution to an Uncertain Problem

So, what's spurring the sudden railroad building boom? First of all, Gulf cities are racing to invest in infrastructure projects that will carry them beyond the decline of their oil supplies. But what about the inter-state system? After all, most of these cities are on the water—they have always operated over sea, not land. Why take the time, money, and energy to build a solution to a problem that doesn't exist? The answer to that question lies just a few dozen miles across the gulf: Iran.

90 per cent of the oil that passes from the Gulf to the outside world goes through the thin the Strait of Hormuz, between Oman and Iran. RAND calls Hormuz Iran's "most potent weapon." They've threatened to close it off in response to various real or perceived threats over the years—a move that would staunch the flow of oil into the global market and cripple countries that depend on it. By building a railroad, the Gulf countries will sidestep Iran entirely—or at least enough to continue operating.

Beyond the political shadows cast by the projects, there's a drive to develop a smarter city—to show the rest of the world what the future of urbanism looks like. As Dubai ramps up to host the 2020 Expo and Qatar prepares for the 2020 World Cup (and Saudi Arabia searches for its own global event to host), they want to showcase the super-modern cities of their respective nations. And at the moment, there's no better way to do that then building the next generation of transit systems.