Now You Can Help Search for the Missing Malaysian Airlines Flight

The Boeing 777 that seemed to disappear into thin air last weekend has still not been found after five days of search and rescue. Now a crowdsourcing company has started a campaign where anyone can pore over satellite images to find traces of Flight 370 or its 239 passengers.

Anyone can create an account and begin searching through the tiles of imagery. After a brief tutorial, you're unleashed upon images of the open ocean, where you can tag objects as airplane wreckage, a life raft, or an oil slick. 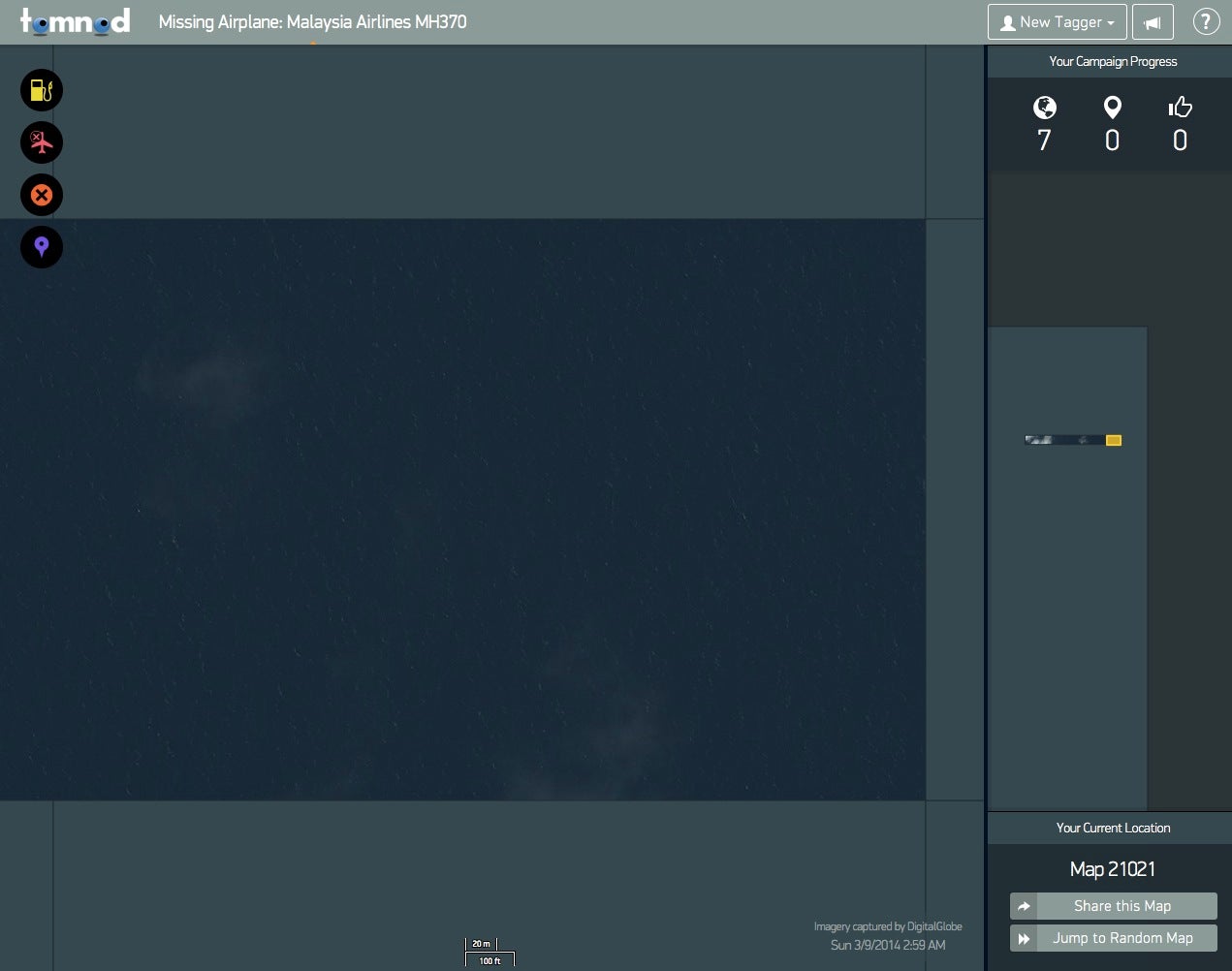 At one point Tuesday, users were reviewing one million maps at a time, according to The Daily Beast. In fact, the site crashed due to the overwhelming demand, but is back up today.

The reason this is possible now is because new satellite technology has become more accessible to private companies, not just the government, satellite analyst Jeff Glickman told Forbes. "What's changed in the last year is the development of certain polar orbiting commercial satellites capable of scanning the earth quickly. We're at a tipping point where you could catch a water craft on an image at least once a day."

However, if the plane has submerged completely below the ocean, there's not much chance of anything being spotted with satellite imagery. Last year, Tomnod mounted a similarly high-profile search to find the Nina, a 70-foot American schooner which was lost in the Tasmanian Sea. The search has so far been unsuccessful.

You have to worry if this will help or hinder efforts: will all these amateur eyes just be creating more work for the rescue teams? After several people called a Malaysian paper to say they had "found" bits of the airplane in on Google Maps, Google had to issue a statement reminding users that their satellite imagery is a few months old. [The Daily Beast]

An Indonesian Navy pilot checks his map during a search operation for the missing Malaysian Airlines Boeing 777. (AP Photo/Binsar Bakkara)

Update: Meanwhile, this oil-rig worker says he saw the plane go down, via @BobWoodruff: