Report: iOS 8 is All About Making Maps Better

Everybody knows what a disaster Apple Maps are. Well, to borrow one former Gizmodo writer's words, they're "an apocalyptic horror show." They have gotten better since the initial disaster. Regardless, it's no surprise to hear reports that the next version of iOS all about making Apple Maps even better.

Sources told 9to5Mac that iOS 8 will feature lots of "under-the-hood changes," including an overhaul to the Maps application. Using data from recently acquired startups like BroadMap, Embark, and HopStop, Apple will reportedly highlight points of interest like airports, train stations, and motorways -- or at least it will in the US. And the company will finally bring back public transit directions.

This is great news. It's actually a little hard to believe that Apple didn't have public transit directions for so long. It's so hard to believe that when you see 9to5Mac's mock ups of what it might look like, you'll have a hard time believing those features weren't already there. 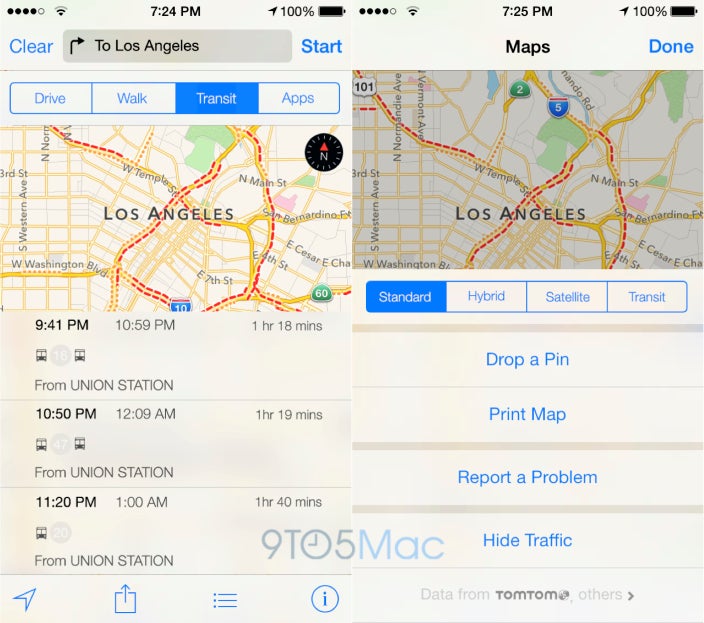 Basically, transit will get a new tab alongside driving and walking directions. Patents suggest that Apple might also enhance maps further by adding an augmented reality option which sounds neat. But seriously, let's just make sure Apple can tell whether you're in Manchester, Englang not Adelaide, Australia before we get too fancy.

9to5Mac also says that Apple will also be adding a new app called Healthbook which we can only imagine will sync up with the fitness tracker of your choice. Feel free to use this opportunity to gossip more about an iWatch, though. [9to5Mac]