Scientists Built an Impossibly-Small Engine, But Don't Know How it Works

It must be fun to invent something. One day it does not exist, and the next day it does exist. But how would you feel if you didn't exactly know why your new invention worked? The minds behind this all-new microscopic engine could tell you.

Ask Vitaly Svetovoy at the University of Twente. The electrical engineer just announced a new micro-engine that's capable of producing powerful forces with just water and a tiny jolt of electricity. "This actuator is the first step to truly microscopic combustion engines," Svetovoy's team said in a new paper about the engine. 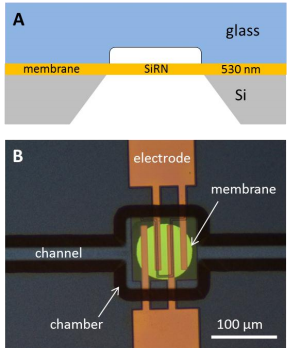 The only problem is that the scientists aren't entirely how this thing works. Obviously, they understand the broad strokes. The micro-combustion engine consists of a water-filled chamber with a pair of electrodes running through it. When a current passes through the electrode, the water dissociates into oxygen and hydrogen and forms nanobubbles. When it turns off, however, the volume of the bubbles balloons enough to warp the membrane that holds it all together. The scientists don't know why.

Either way, the process produces some serious torque for an engine that's only about 100 nanometers wide. They think the force might come from the oxygen and hydrogen in the nanobubbles spontaneously combusting, but they're not sure. Does it really matter, though? We do all kinds of awesome things with our brains, and we don't know exactly how they work either. [Tech Review]