Springfield Should be Ashamed About the State of its Public Transport

A city as progressive as Springfield—renowned globally for its renewable energy production—should be on the forefront of innovation in public transport. But as we've learned this week, Springfield is rife with transportation shortcomings.

Springfield once had the greatest public transit system in the world. A beautifully designed and intelligently conceived system was once fully functional beneath the city's streets, ferrying Springfieldians from Union Station to City Hall in a handful of minutes—nothing like the gridlock you'll encounter today. 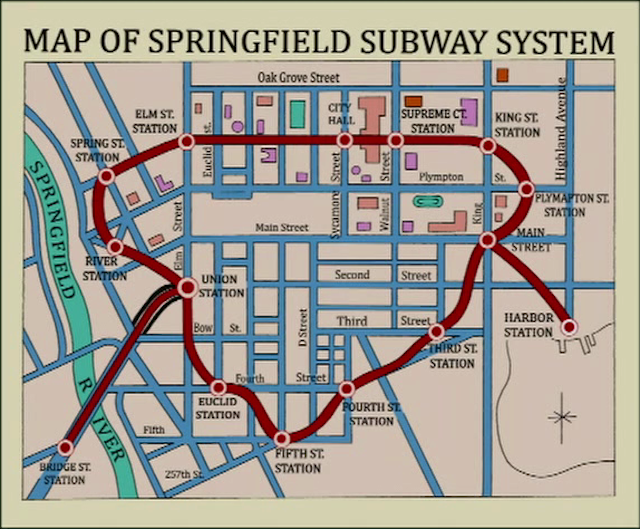 It would still be running today if it wasn't for the NIMBY-fuelled, unfounded complaints of the system creating "vibrations" at Springfield Elementary School and other local businesses. A travesty!

The latest debacle in Springfield's chequered transport history is the fact that its multibillion dollar new system—the one built to replace the perfectly functional system that worked so well decades ago—doesn't go anywhere. 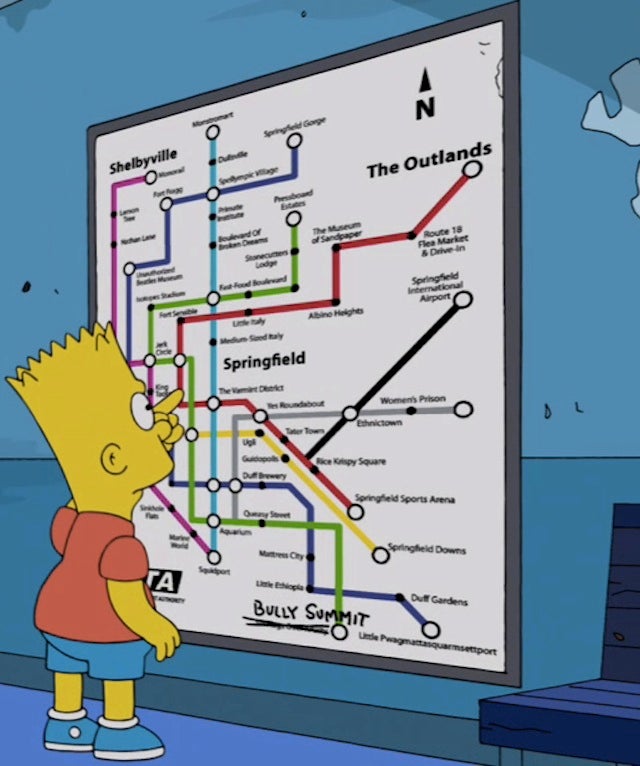 I mean when is the last time anyone went to Albino Heights? Stops for both Duff Brewery and Duff Gardens? At least Springfield had the intelligence to extend the Black Line to the airport.

The only transport plan that's even come close to bringing the Springfield region the kind of innovation it deserves was the ill-fated monorail project of 1993. If only the city had followed through on the visionary proposal of transit planner Lyle Lanley, who pledged to bring a new form of transit to the city and its residents—and solar-powered transit, at that! But hey, that was always more of Shelbyville idea. 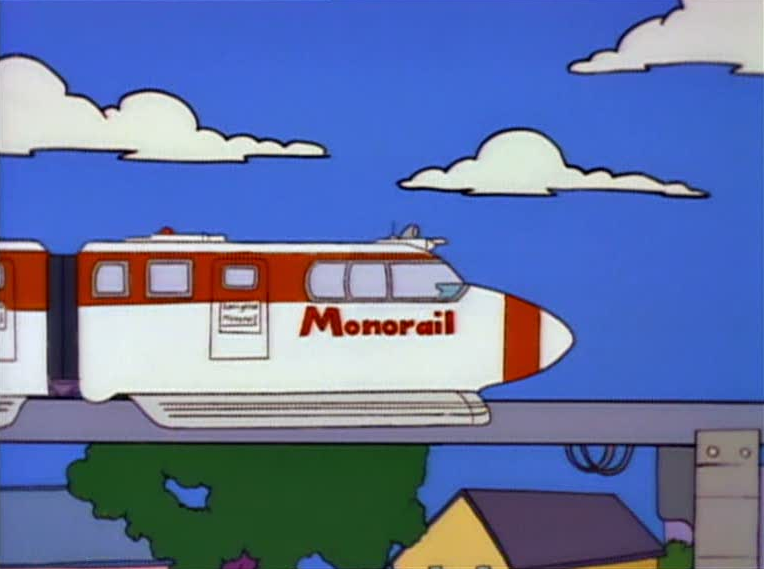 Alas, Springfield is stuck with a dismantled system, a train to nowhere, as failed monorail dreams float somewhere above our heads. Springfield should be ashamed of itself. [Transit Maps]

All images via Simpsons Wiki