apps of the week

I know the term 'apps' was created to make it clear that a piece of software was made for a mobile device. What I don't like is the trend of 'apps' for computers. As we all know, app is short for 'application,' and application has a synonym: programme. Stylising 'apps' for computers is just reinventing the wheel and calling it the rolling mechanism; it's nothing more than a marketing gimmick. Rant over, here is this weeks list of mobile applications:

iTunes Festival: This year's iTunes festival is going on at SXSW until the 16th March. The app has been updated so that you lovely people at home don't miss out on the events, with live and on-demand streams, picture galleries and more. [Free]

Make Every Mile Count for Sport Relief: Similar to most fitness apps, Make Every Mile Count monitors your exercise mileage, namely: walking, running, swimming, or cycling. Of course, this is a charity app so it can be used for you to get involved in your own fundraising challenges. [Free]

My Script Calculator: Quite a useful tool for those of you who need to make calculations that your calculator can't do. It's easy to use: simply write out the calculation on your screen and the app will work it out for you. The newest version has been redesigned for iOS 7, includes new calculations, and the option to turn off automatic calculation should you prefer to do it manually. [Free] 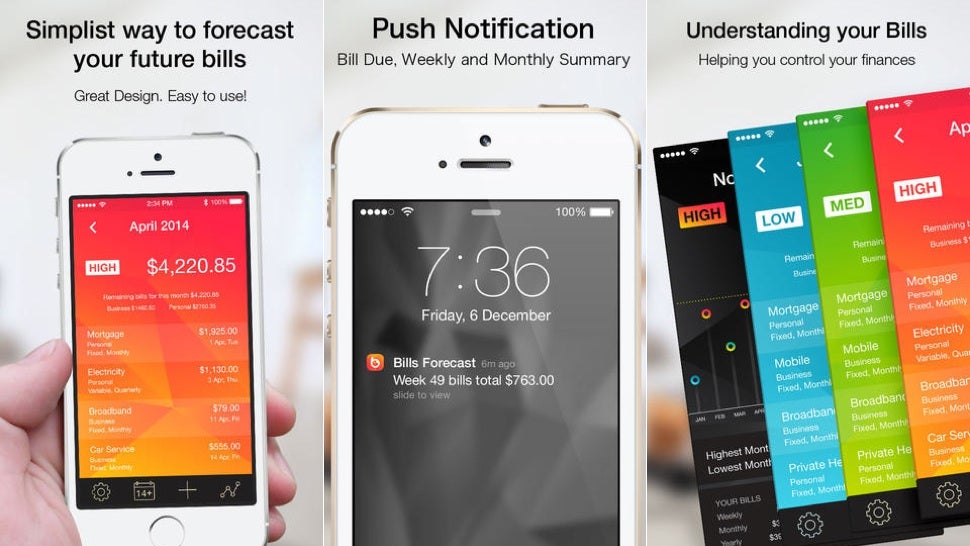 Bills Forecast: Bills are a pain, that's one thing everyone can agree on. But sometimes they can be awkward to keep track of. Bills Forecast will make your budgeting woes easier, with calendars and push notifications to keep you in the know. With a user friendly interface, it's a great way to keep an eye on your finances. [£1.49]

Smash Hit: A twist on the usual infinite runner, the goal of Smash Hit is not to avoid the obstacles, but rather to smash through them. Don't think that makes it any easier, the game still requires a great deal of skill and focus to travel as far as you can. With 50 different rooms, 11 graphic styles, and musical synchronisation, it's definitely worth a look. [Free] 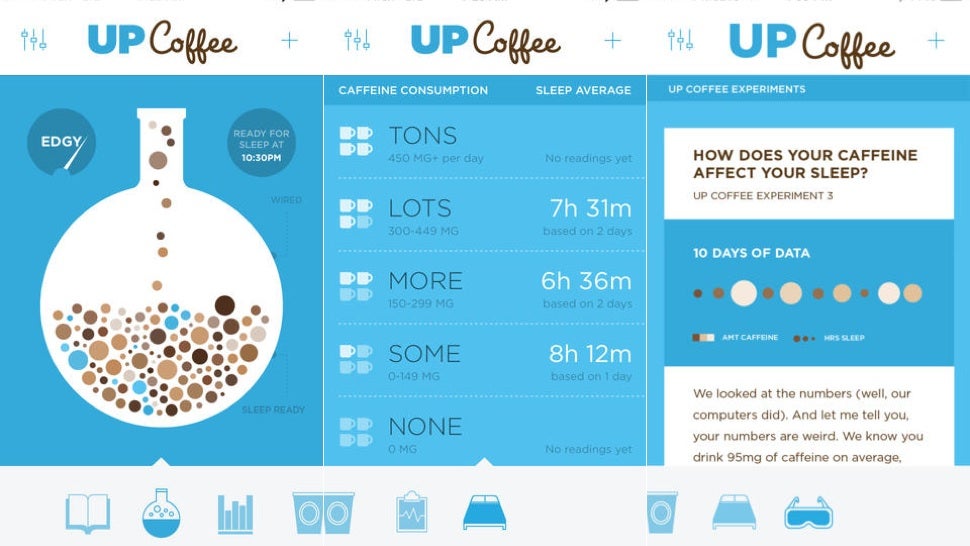 UP Coffee: A fantastic tool for caffeine addicts, like myself, UP Coffee shows you what effects caffeine intake can have on your body. By helping people understand caffeine, they can help stop it from causing jitteriness and loss of sleep. While common sense dictates that having a double espresso half an hour before bed isn't a good idea, where is the cut off point? [Free]

Block Legend: A cool little game that blends the components of a JRPG with tile based puzzle games. There are 100 quests for you to complete, over multiple regions, that will pit you against countless monsters and bosses. There are no in-app purchases, and it's a very cool concept. Well worth your time. [£1.49]

The Wider Image: An app from news-giant Thomson Reuters, The Wider Image is a collection of stories told through the work of photojournalists from around the world. It has had a big update, and now lets users search the app's archive by country, story, and photographer. You can wirelessly stream Apple TV, customising your own stream of stories by both country and photographer, and subscribers have the option to view the images in Retina resolution. [Free -- with optional subscription]

Kitchen Stories Cookbook: A cookery app, now available in English, with over 90 recipes to make your culinary experience easy and delicious. There are multiple recipe categories, including vegetarian and gluten-free, with step-by-step recipe instructions. 30 of these recipes are available as videos, and each week new recipes will be made available free of charge. There are options to purchase additional recipes if you want them. [Free -- with in-app purchases] 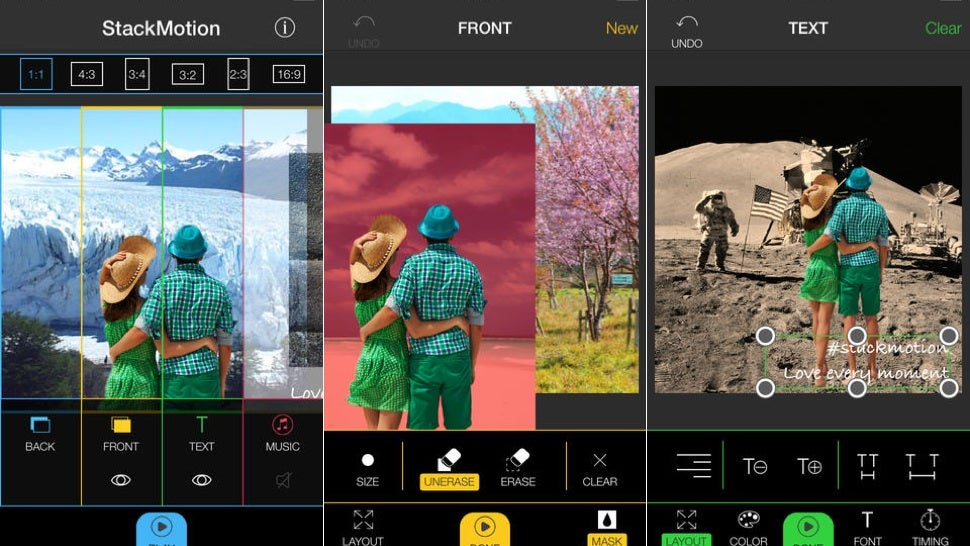 Stackmotion: Perfect for those of you who don't have/can't use Photoshop software, Stackmotion is an easy to use app that will let you take part of an image and superimpose it on a new background. Maybe you want a picture with you on the moon? Stackmotion can do that for you. You can then caption, apply filters, and even create slideshows (with custom backing music) to show your friends. [£1.49] 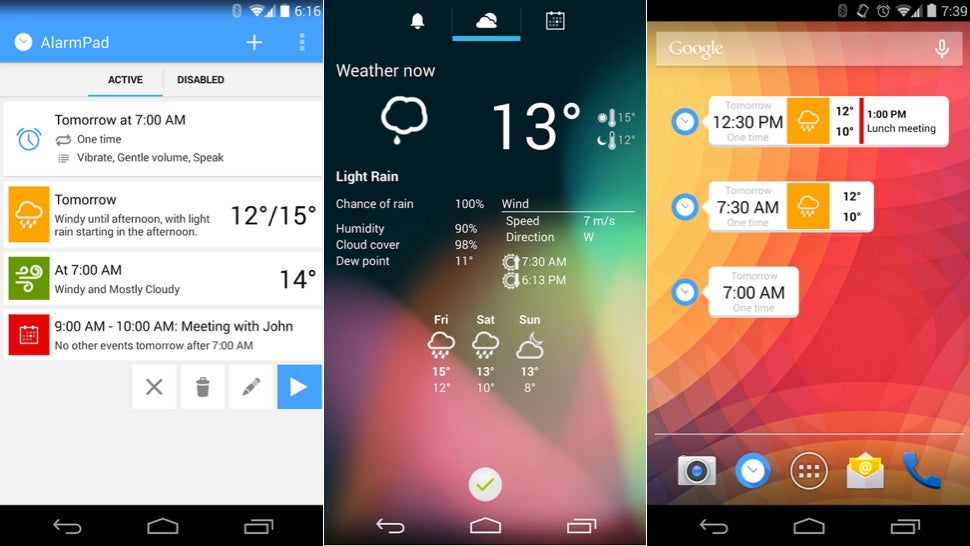 Alarm Pad: All phones have a default alarm clock, but that's a basic affair. Alarm Pad is much more sophisticated, and you may end up wondering how you managed without it. When you wake up it'll bring up that day's weather and any calendar events, which, let's face it, is quite handy. The best part is that it has voice recognition, so you don't have to fumble around trying to find your phone in the dark to get that precious five-minute-snooze. [Free]

Trunx Camera & Photo Organiser: This one has a couple of cool functions that will make your smartphone photography that bit easier. The main feature is the cloud storage, which lets you store and organise your photos and videos easily, securely, and automatically, so you never have to worry about making a back up yourself. The app also includes a function called EchoPix which lets you record audio as you take a photograph, for that extra immersive feel. [Free] 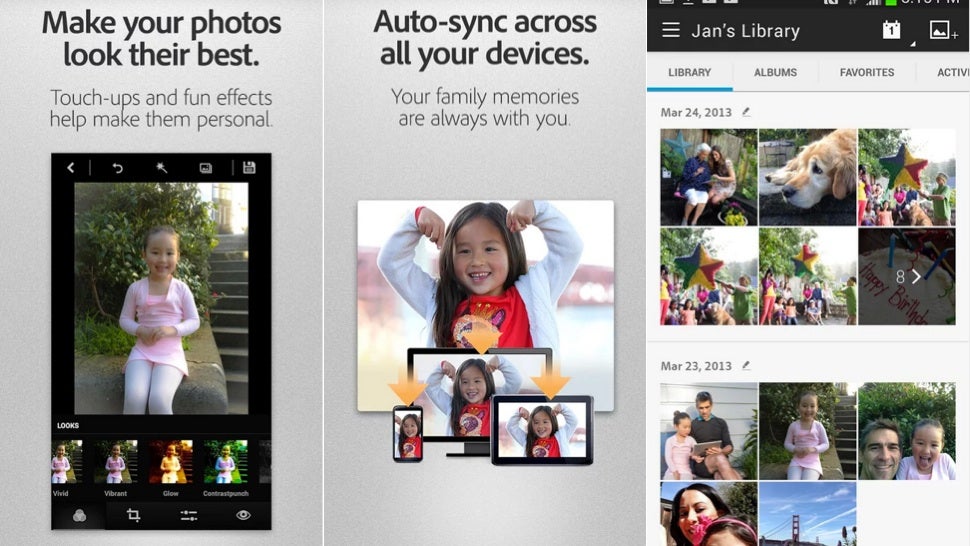 Adobe Revel: Social networks have been fantastic for sharing family memories with distant friends and relatives. Sadly, their privacy settings have much to be desired and you could end up with random people able to view your stuff. Revel is designed to be 100% private and secure, so that you can don't have to worry about random strangers having unwanted access. Plus, with automatic cloud back-ups you can be certain you won't lose anything by mistake. [Free]

Pokedex XY Free: Pokemon has changed quite a lot since I lasted played (which admittedly wasn't that long ago). Maybe the story of Twitch playing Pokemon Red has inspired you to go out and buy the latest game the series has to offer, or maybe it was just nostalgia. Whatever the reason, Pokedex XY is a great way to keep yourself up to speed with figuring out which of these crazy new Pokemon is which. [Free] 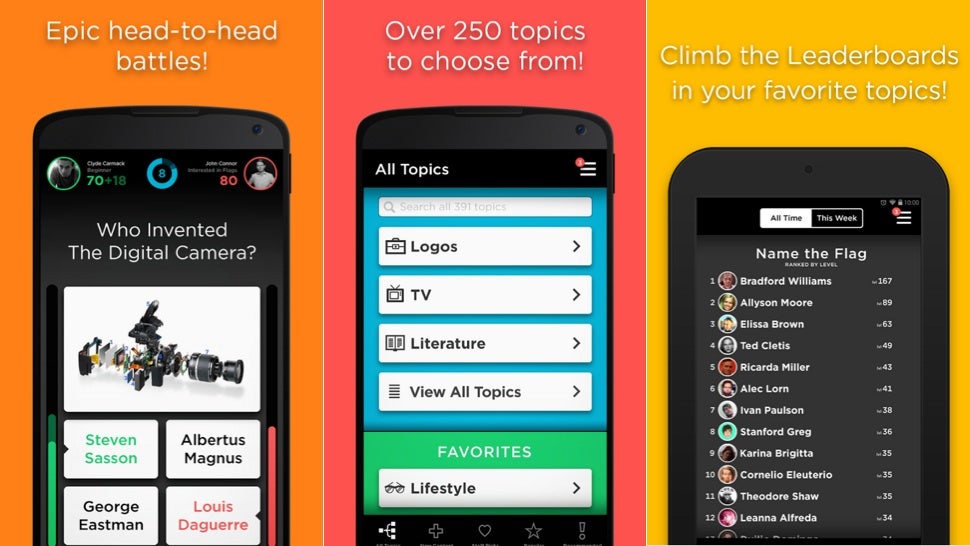 Quiz Up: An iOS favourite that has now come to Android. Whether you want to test your general knowledge, or train for the local pub quiz, you'll want this app. With 200,000 questions covering 400 topics, it'll definitely give you something to do when you're bored. [Free]

Race the Stig: Some say that his helmet is actually the earliest incarnation of wearable tech, others say that he's an iPod that gained sentience in a freak accident -- all we know is he's called The Stig. Now you get to race Top Gear's helmet-clad tame racing driver in his own game. Drive a selection of classic Top Gear cars, and customise your own helmet and see if you can beat his Stiggyness. [Free] 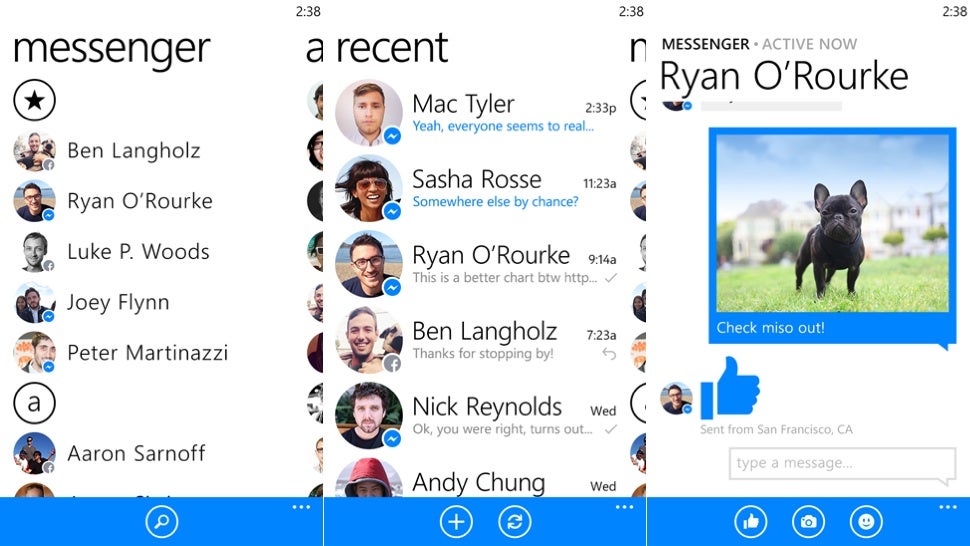 Facebook Messenger: This one has been out on iOS and Android for a while, and now it comes to Windows Phone. I know Facebook Messenger had previously been built into a large number of devices, but this sort of wait is not uncommon for Windows Phone apps -- What gives? Anyhoo, this is fairly self explanatory -- a messaging app that lets you get in touch with your Facebook friends far more easily than you could via a browser or the Facebook app. [Free]

Superpages: A handy Yellow-Pages-esque app that gives you a great glimpse into the businesses and services for your local area. Search by city, phone number, or name, and get in touch directly from the app. A perfect way to find whatever service you need. [Free]

Music Drop: Need to transfer music but don't have a USB cable handy? Fear not! Music Drop allows you to transfer music files via your browser. Simply connect both devices to the same Wi-Fi network, drag the files into the relevant browser and that's a bingo! Lovely music where you need it most. [Free]

Mario Jump Go Go: A doodle jump clone featuring everybody's favourite Italian plumber, Mario Mario. There's not much different here, simply get Mario as high as possible without dying. It may well be a cheap knock-off, but it'll be fun if you enjoy Doodle Jump, but want a change of scenery. [Free]