These Gorgeous Screenprints Showcase a City's Most Famous Structures

As part of a project called "Shapes of Cities," London-based designer Yoni Alter takes a handful of iconic buildings from various metropolitan areas and silhouettes their shapes in a range of colours, overlapping the forms to create a single abstracted, impossible skyline.

While there are plenty of posters that highlight a city's best buildings, Alter's are not only exceptionally good-looking, they also have a lovely educational feature: all the buildings are also designed to scale, which helps you to understand just how big, say, the London Eye is compared to the Gherkin.

Along the right-hand side of the prints, in almost imperceptible light-coloured type, the height is displayed in metres. 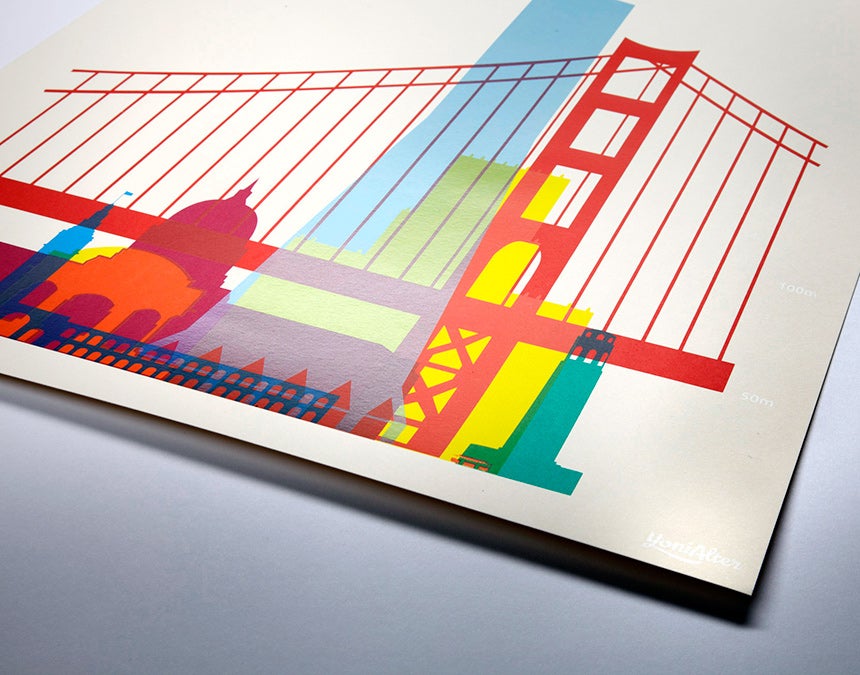 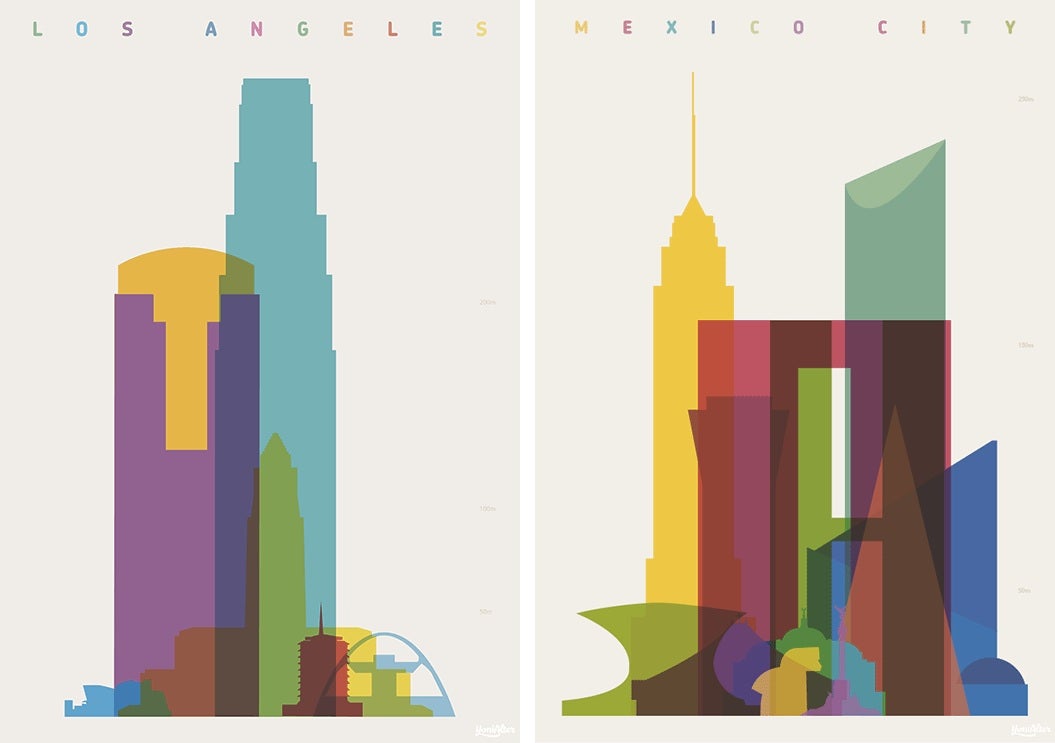 What's also interesting when looking at the various posters is seeing how different the cities are in comparison to one another.

While cities like Shanghai and New York are mostly skyscrapers and spires, other places have a wider range of shapes and sizes. Mexico City and Rio are probably the most interesting, with a mix of old and new. You can see Tokyo's tiny temples among its towers. Los Angeles is mostly squat save for a few tall buildings (and will have to be revised soon to include the new Wilshire Grand). 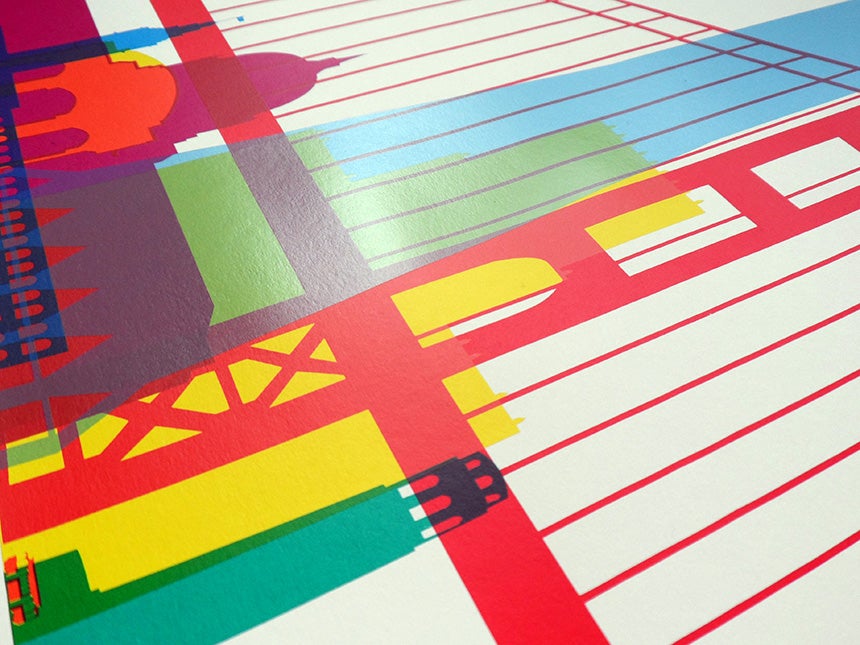 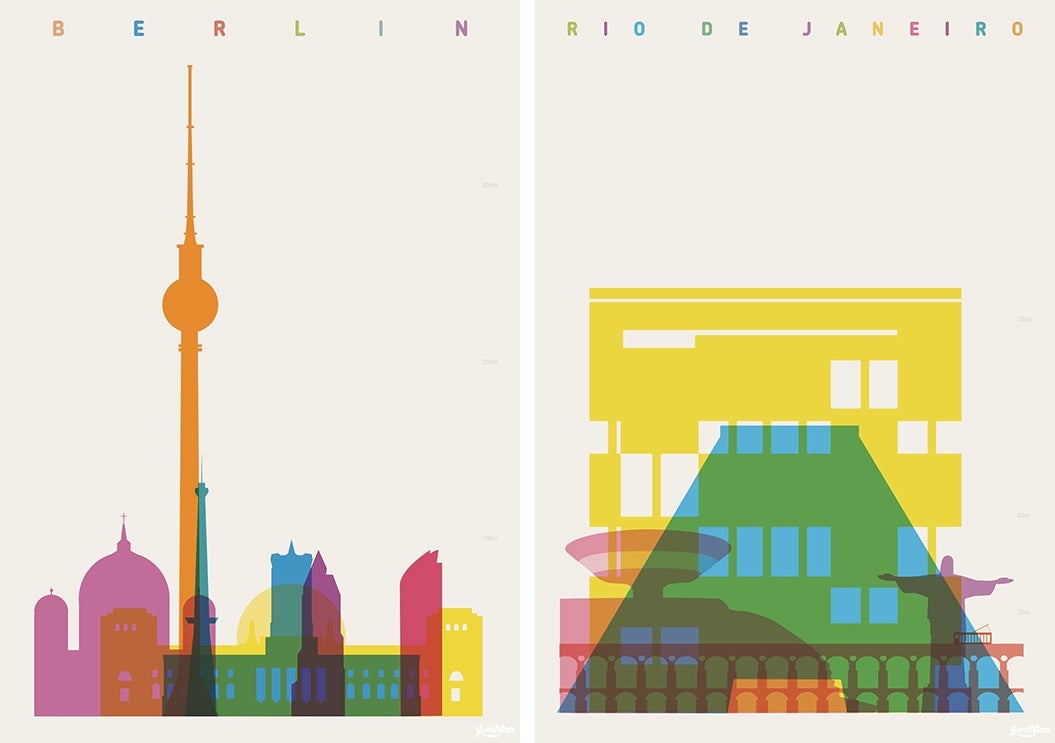 In addition to the dozens of prints for different cities, Alter has created one image called "Colossal NYC" which shows 40 of New York's best buildings, listed chronologically:

I would love to see a single money shot of all the cities he's illustrated, with all of the notable structures on the planet, to-scale, arranged by the year they were built. It would make excellent wallpaper. [Yoni Alter via Untapped Cities]