This Unassuming Room is Where the Internet Was Born

For something as ubiquitous as the internet, it certainly isn't easy to find where it all started. I don't mean historically, I mean logistically: 3420 Boelter Hall is a tiny room in a basement hallway of a large nondescript building on the sprawling University of California, Los Angeles (UCLA) campus.

But from these inauspicious beginnings emerged the reason you're able to read this story, wherever and whenever you're choosing to do so. Although the internet itself has many authors—even, apocryphally, Al Gore—this is widely considered to be its birthplace. This room, with its glaring, lime green paint and scuffed lino flooring, is where the first ARPANET node was installed, where communications protocol was established, and where the first message was sent over the network to another node at Stanford University. 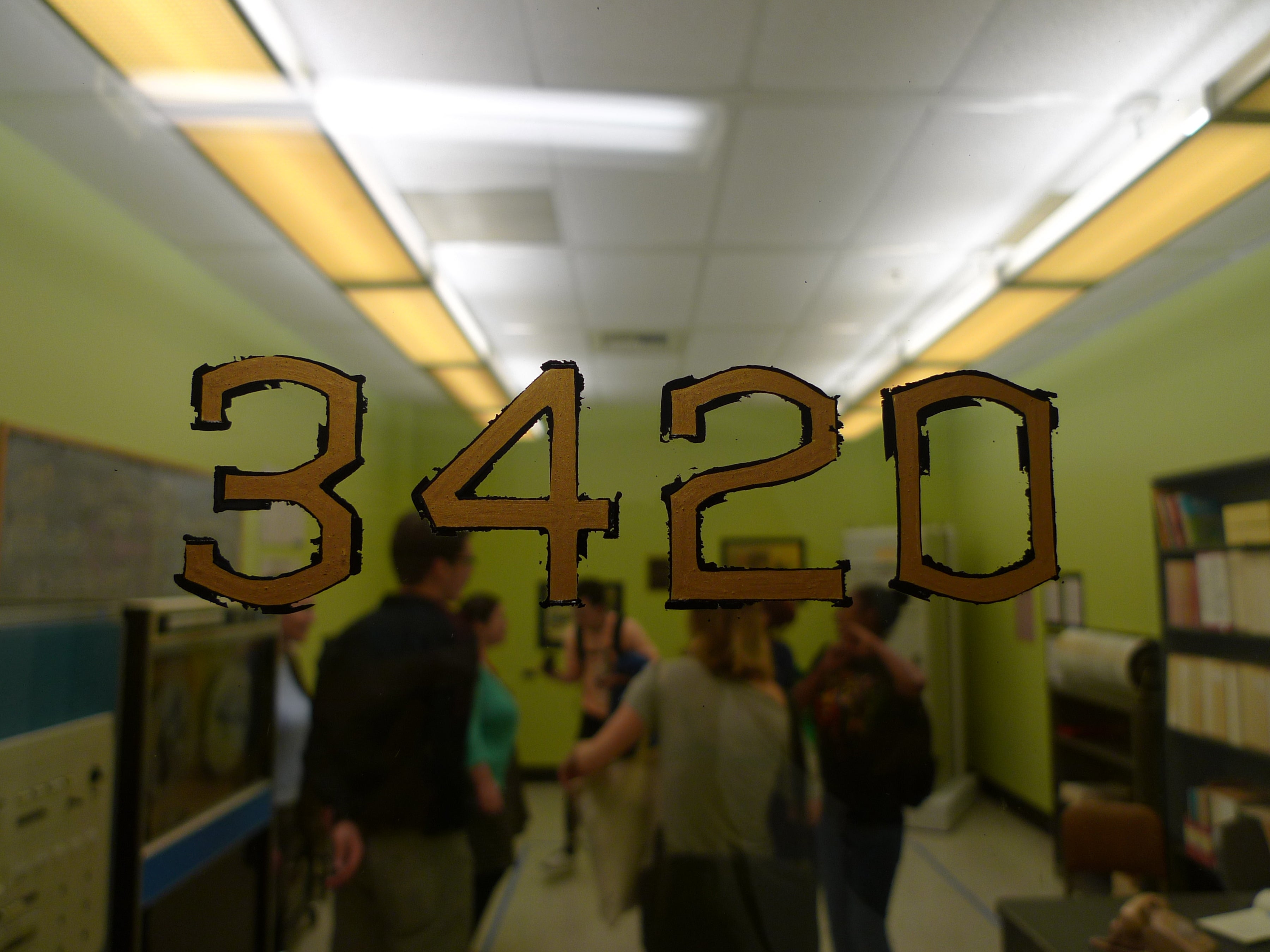 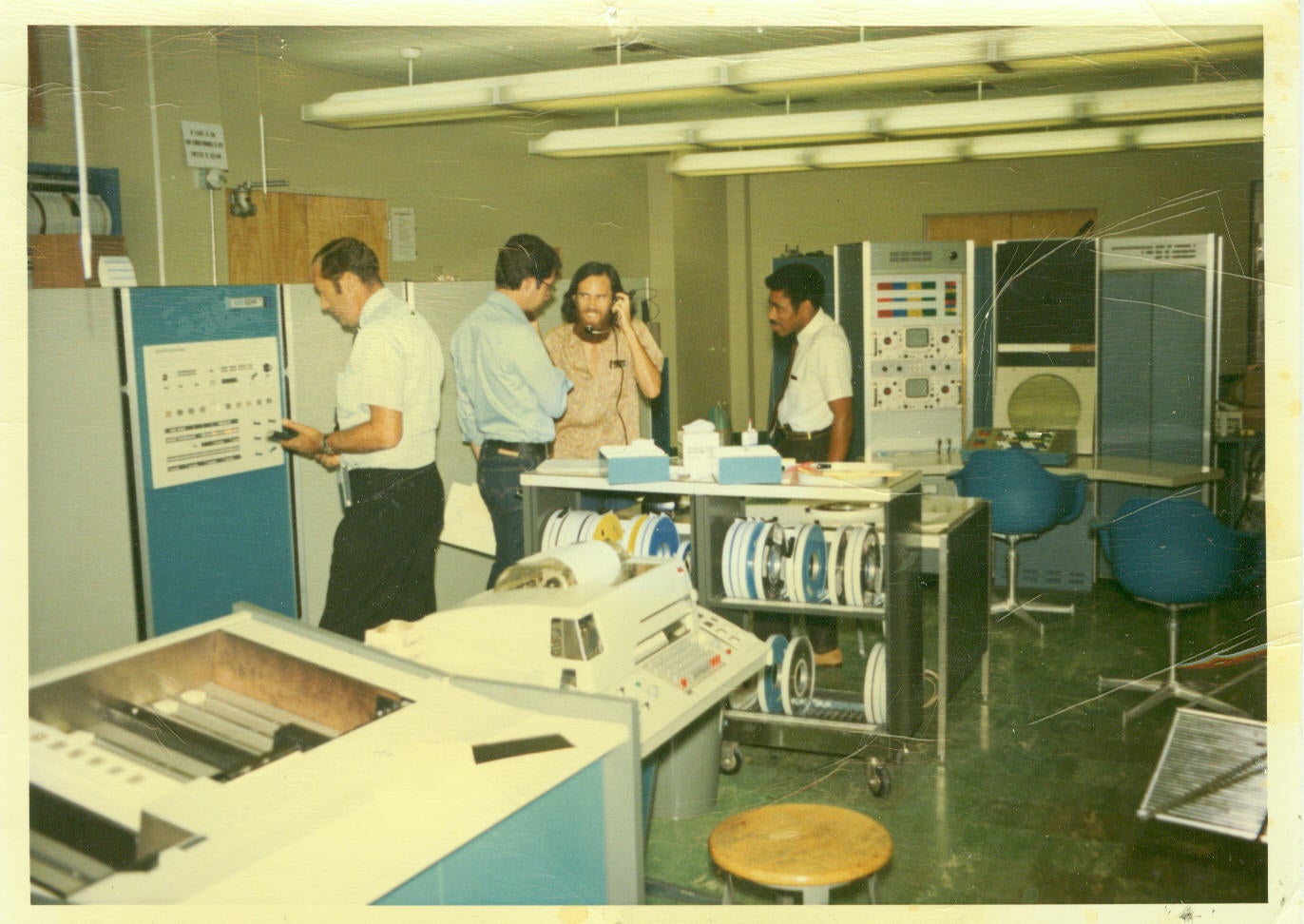 "How many revolutions can you think about where you can see—within a few feet!—where it began? This machine is where the internet breathed to life, spoke its first words," says Leonard Kleinrock, the computer scientist for whom the Kleinrock Center for Internet Studies is named. Currently, the centre consists of several research projects, as well as maintaining this room, in all its 1960s glory; it's Mad Men for nerds.

While a grad student at MIT, Kleinrock had developed a mathematical theory of packet switching, where data is broken up into "packets" that can be exchanged using a network, allowing access to data by multiple users across different platforms. This was the technology that the internet is based upon, and something that was of great interest to the US Defence Department, more specifically its Advanced Research Projects Agency (ARPA—later named DARPA), which knew it could use packet switching to disseminate papers, research and software to its audience more efficiently.

ARPA sent out an RFP looking for a team to build, install and manage a pilot programme for this new kind of network. The contract was awarded to a team of computer engineers at Bolt Beranek and Newman (BBN), who built a hulking machine named the Interface Message Processor (essentially the first router). They placed the first node of the network at UCLA, where Kleinrock had joined the faculty, and the school was made responsible for testing the system and running experiments. His team designed a network that could send messages using existing data infrastructure: the longlines of the telephone system.

As Kleinrock tells the story, his hand rarely leaves the IMP. It's almost as if he's got his arm slung around it. Like an old friend. 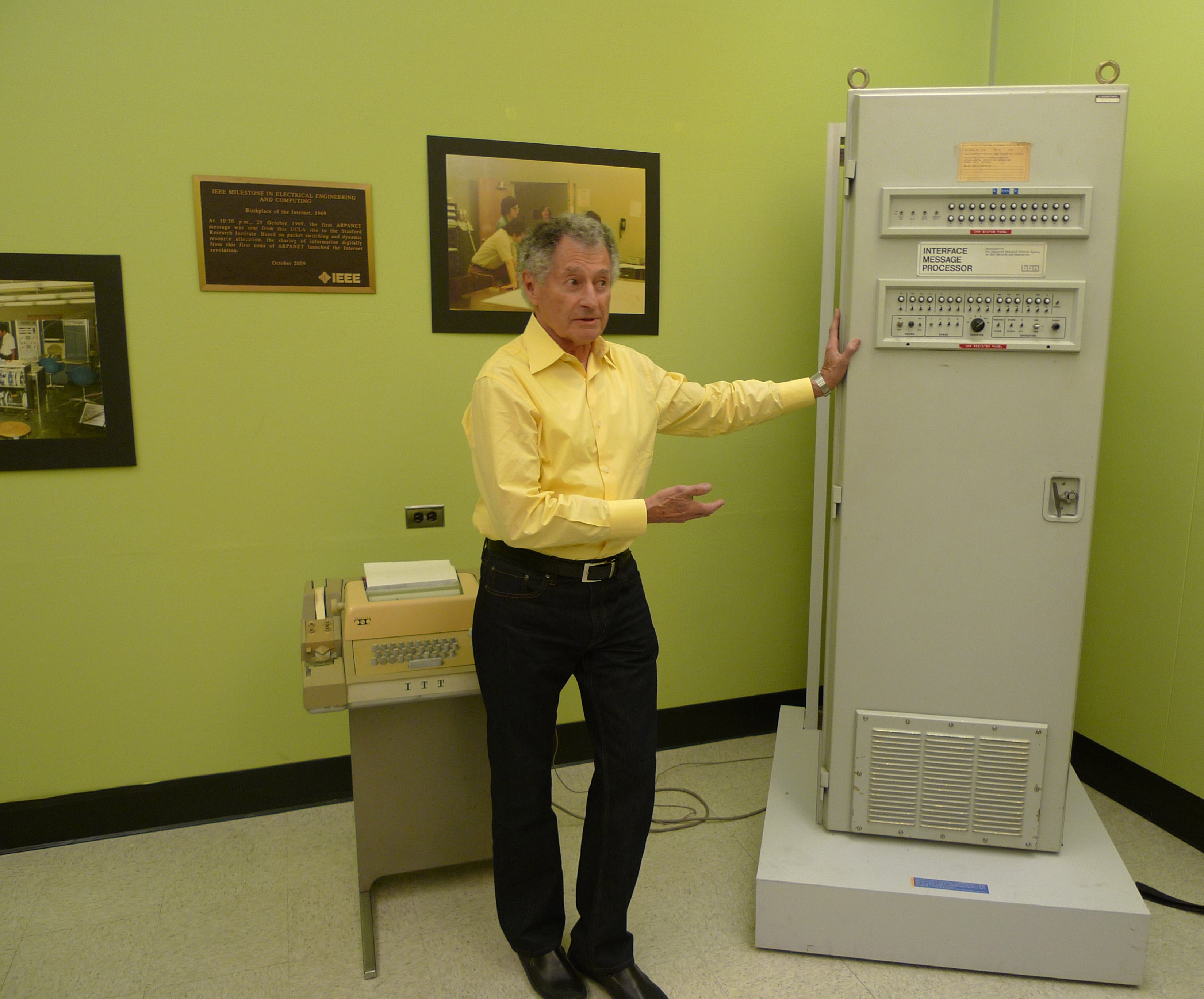 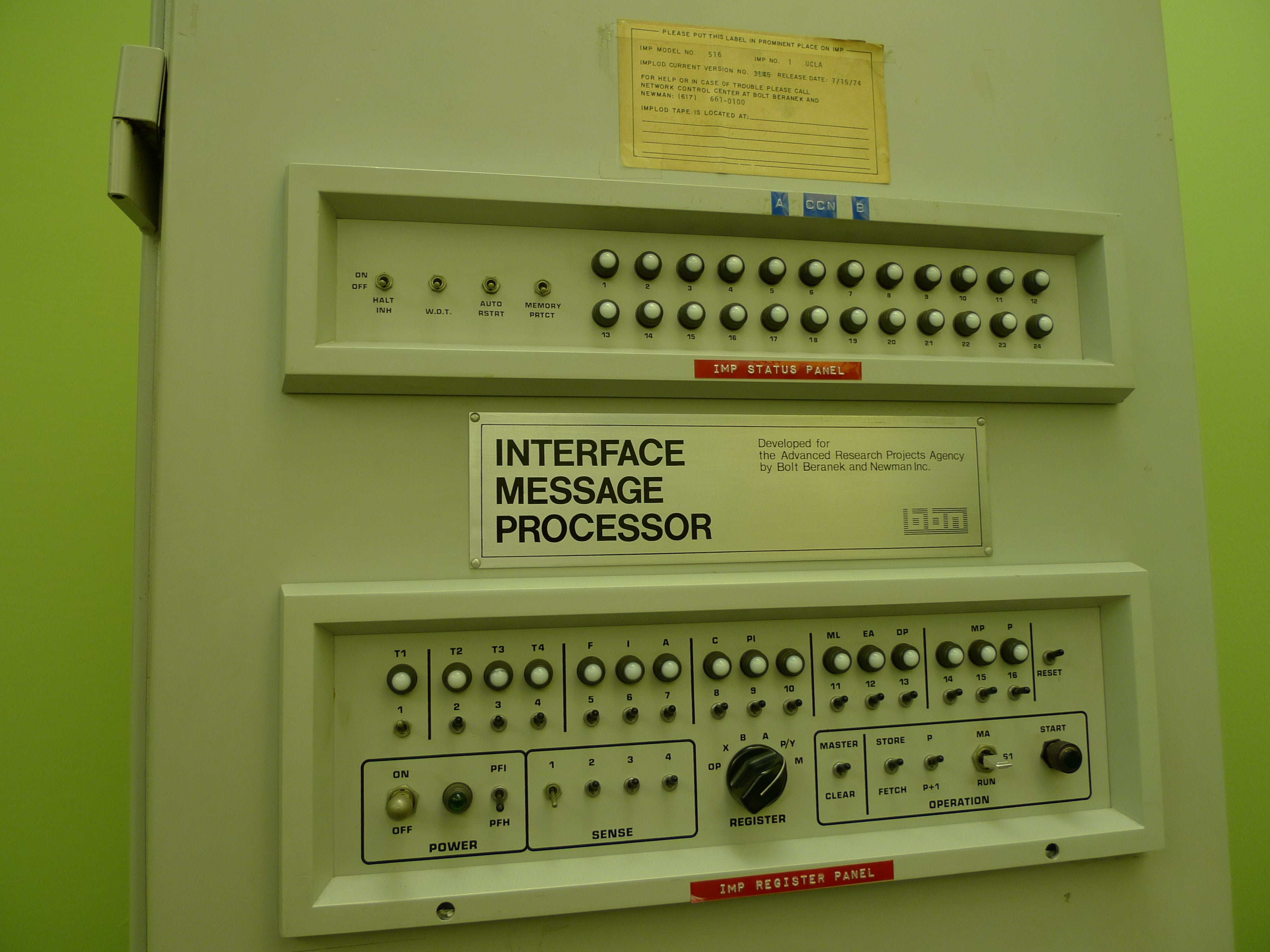 On October 29, 1969, a team assembled in 3420 Boelter Hall to attempt to send the first message to Stanford Research Institute: "LOGIN". They managed to type in the first two letters before the system crashed. So the first message sent over what would become the internet was "LO".

An hour later, they tried again—and it worked. By December of 1969, four nodes were permanently installed at UCLA, Stanford Research Institute, University of Utah, and University of California at Santa Barbara. By 1975 there were 57 IMPs. By 1981 there were 213. The rest is history.

But, even as the internet became part of our everyday lives, the historic relevance of these machines was almost obliterated. There are currently only two IMPs still in existence. UCLA's IMP was replaced by new technology in 1982 and moved to a faculty break room where it sat near a water cooler, until it was rescued by Kleinrock. He also managed to salvage a SDS Sigma 7 computer, the refrigerator-sized machine that was used to host that first message.

In 2011, the centre opened in this room, which used to be larger, notes Bradley Fidler. He serves as director of the centre, and is to thank for the meticulous attention to detail to make the room period-perfect. It turned out that reclaiming the original location was the biggest challenge: because the room had become a computer lab for current students, they had to convince the school to subdivide it, carving out a space among the valuable classroom real estate. Nearly all the furnishings are from the era, either rescued from UCLA storerooms or found elsewhere, and the lights are original because, well, they'd never been upgraded. The green shade of the wall was recreated from photographs and the vivid memories of the team. The only true anachronism, if you could call it that, is masked by a wooden loudspeaker mounted on the wall: the wireless router. 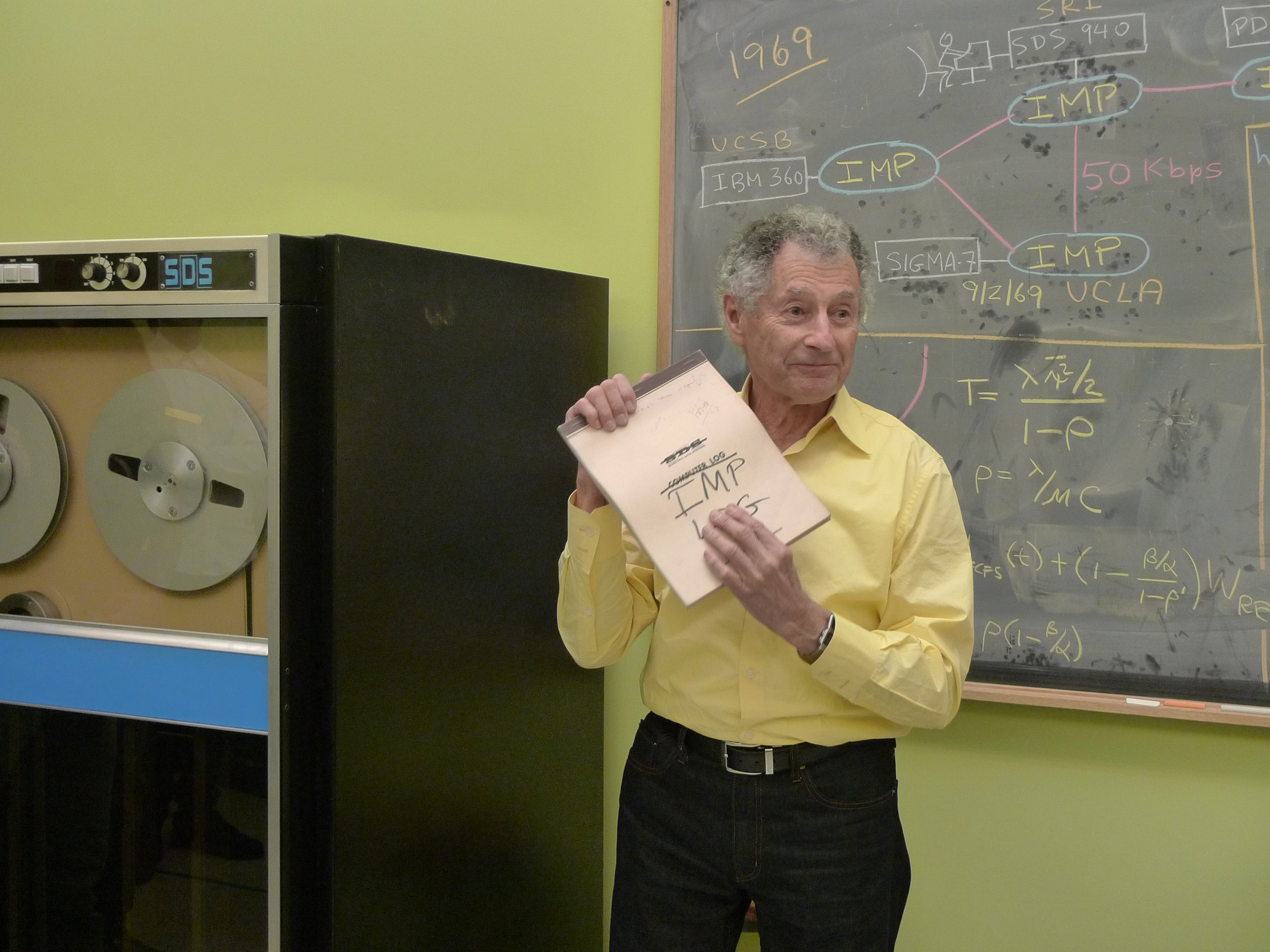 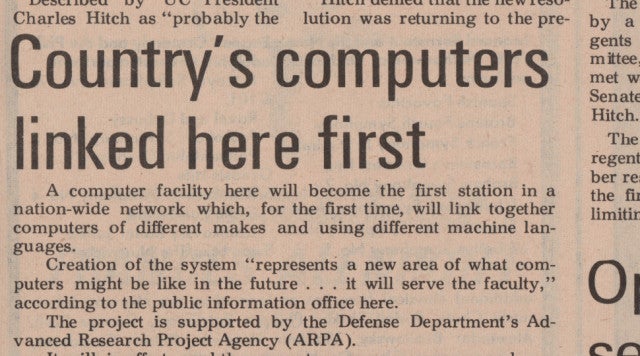 For a long time, even those who worked on the project did not understand the historical significance of what they'd done. "We didn't know what we were doing," says Kleinrock. "We didn't even take a photo." The tiniest item ran in the school paper that week, but the milestone went largely unnoticed. The network grew, but it didn't gain serious momentum until the invention of email in 1972. "Our original job was to get computers to talk to computers, or computers to people. What we didn't anticipate is people to people," he says. Yet, by the very next year, email accounted for 75 per cent of ARPANET traffic.

That was the other beautiful thing about early internet culture: even though ARPA commissioned the project for what was meant to be a defence-related tool, the organisation was not possessive about the technology. "There were no barriers; if you wanted to use it you could come on it," says Kleinrock. "We trusted everyone and knew everyone until the late 1980s. Open communities and a shared environment are what allowed it to build." 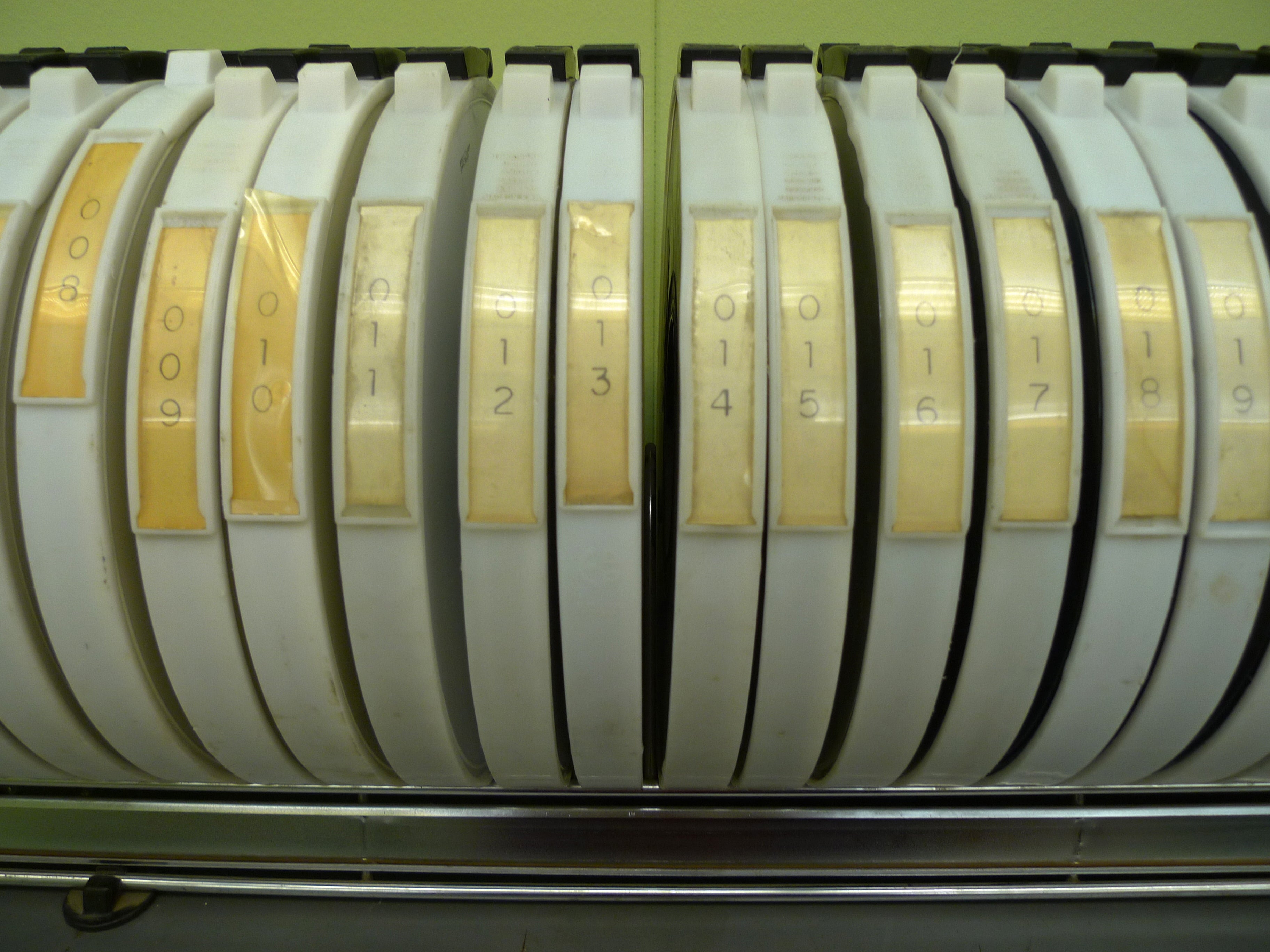 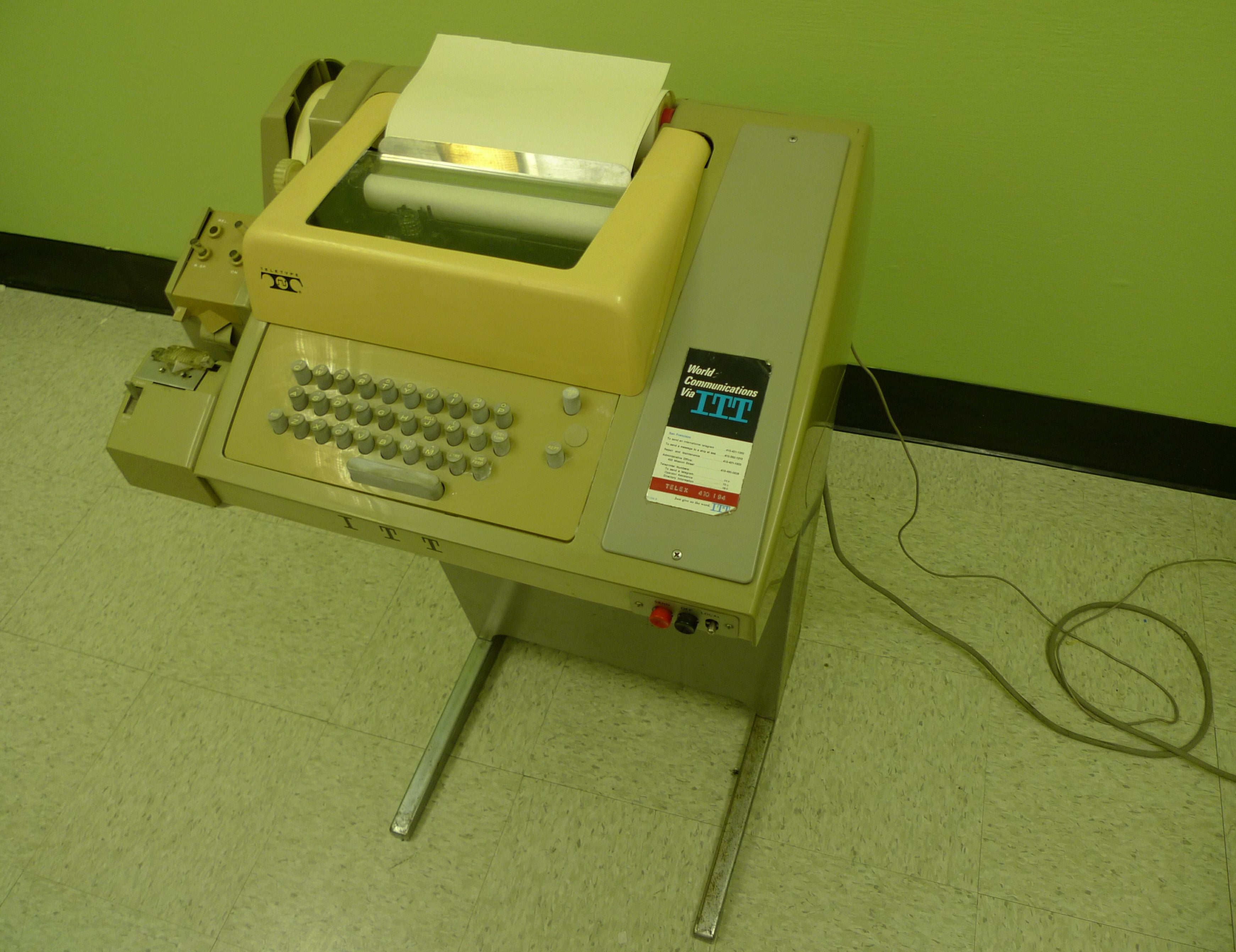 I happened to tour the space with Andrew Blum, author of the book Tubes, that traces the physicality of the internet. His book is the first I've read to actually give this nebulous idea of "the net" a sense of place, from this room, to the human-diameter cables which traverse the Atlantic, to the massive data centers like One Wilshire, 12 miles away in downtown L.A., which is essentially an information silo masquerading as a skyscraper, its insides threaded with a fibre optic nervous system.

It was the day Comcast announced its merger with Time-Warner, which cast an eerie pall over the entire afternoon as we stood a few feet from the IMP and talked about the death of net neutrality, resigning ourselves to a lifetime spent entangled with this now-nefarious entity.

But Fidler offered a brighter future. "There's an increasing tendency to speak about the internet as 'the cloud,' which is totally wrong, because the internet isn't weather up in the sky that does what it wants," he says. "The internet changes when people make collective decisions to change it!"

He believes the room and its time capsule-like 40 years of history can help us understand that the internet was and is still powered by humans. "Maybe there's a lot of people on all sides of the net neutrality debates who have resigned themselves to the inevitable, whatever that is. But that's the wrong approach for everyone," he says. "When you stand in a room like UCLA's old ARPANET node, it's a reminder that people made the internet, and they still do, and we can all be a part of those decisions." 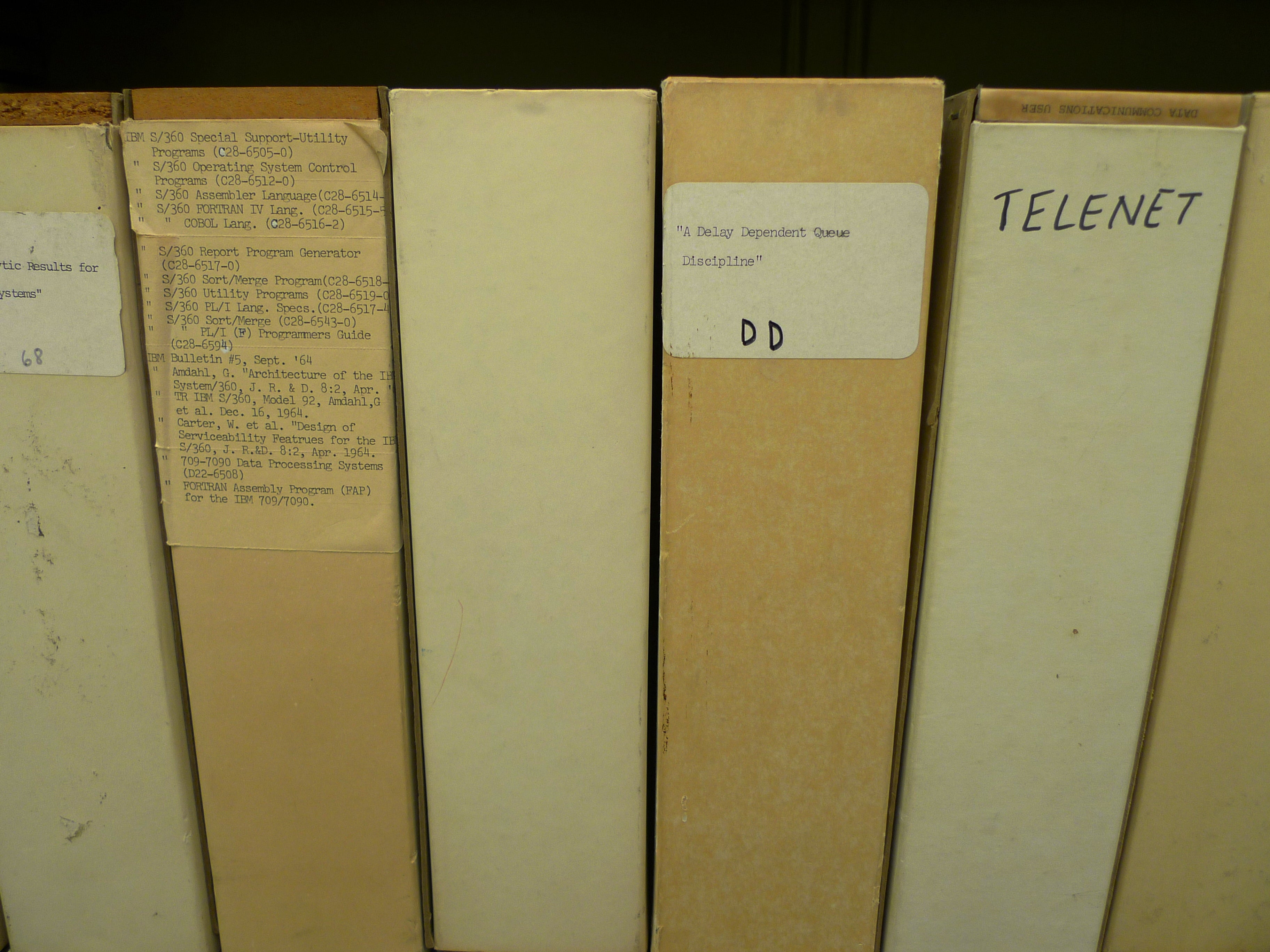 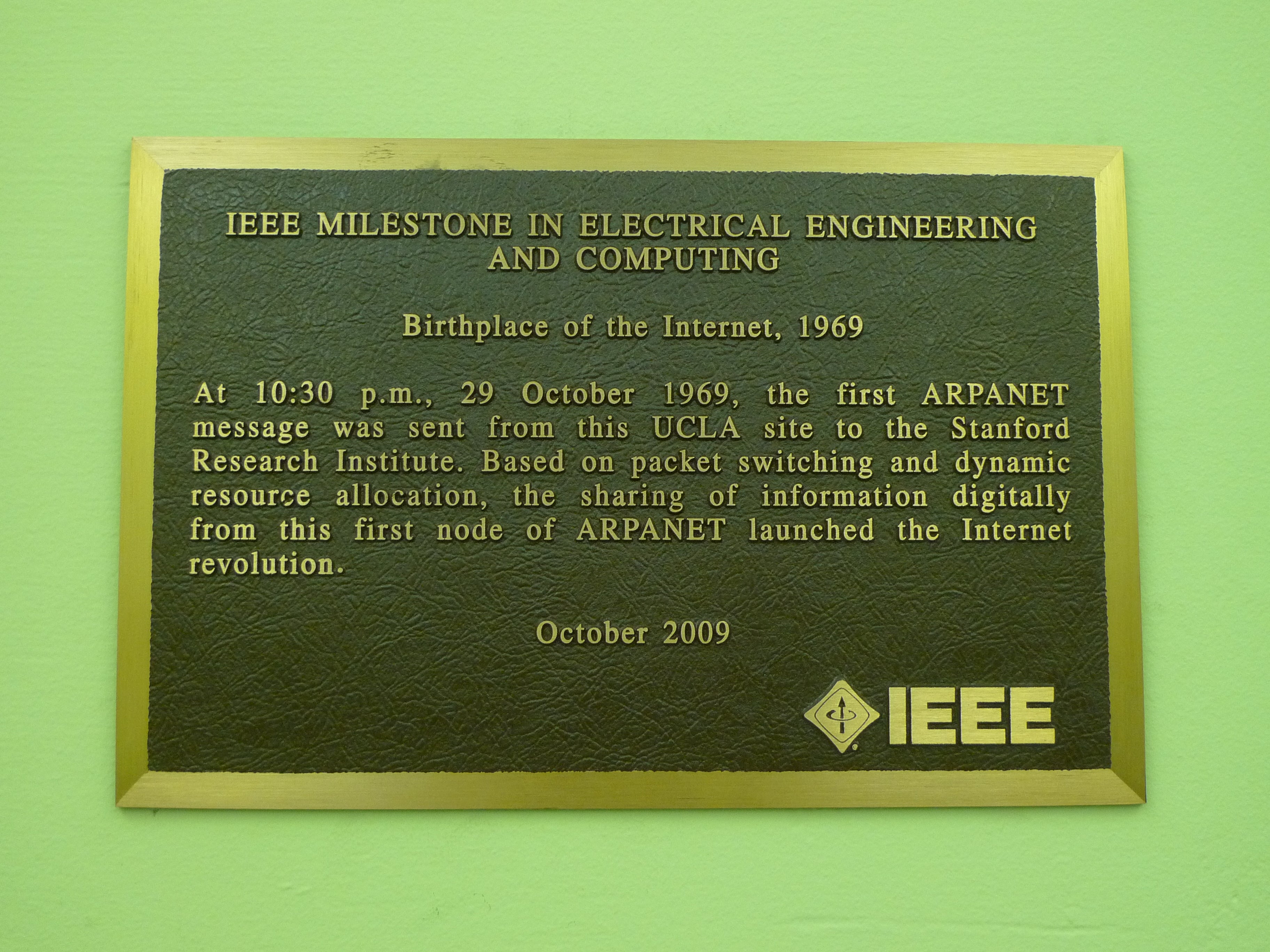