By Jordan Kushins on at

Once I start staring at this looping experiment in stitchery, I just can't look away. Instead of using photos, artist Sam Meech made this Eadweard Muybridge-inspired animation with 272 frames captured on a custom 13-metre-long stretch of woven fabric.

The GIF is good, but you have to watch the clip, complete with clompy, galloping sound effects and a bit of static sewn in at the end:

Meech is doing loads of great stuff through the "Knitting Digital" research project; check out the fun process behind this football scarf. 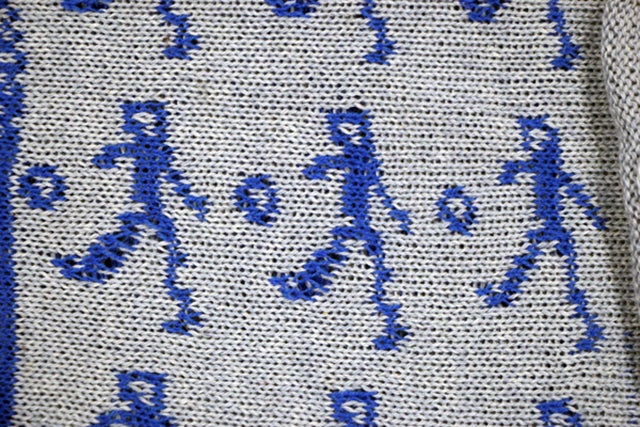 The "Knitronica" series is awesome, if not a bit tougher to parse at first glance.

A bunch of trials linking knitting and sound were done during an afternoon at the pub with a load of cool gear. "I attempted some ambient amplification and distortion of the sounds of the knitting activities, mic-ing up the machines and running the sound through a series of FX modules in Isadora", said Meech. 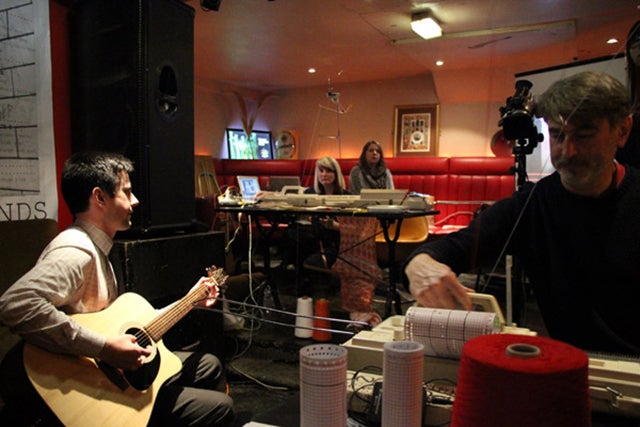 Folks were also encouraged to create their own designs which were scanned and transformed into sonic samples in MetaSynth then knit on a Brother Kh950i electronic. 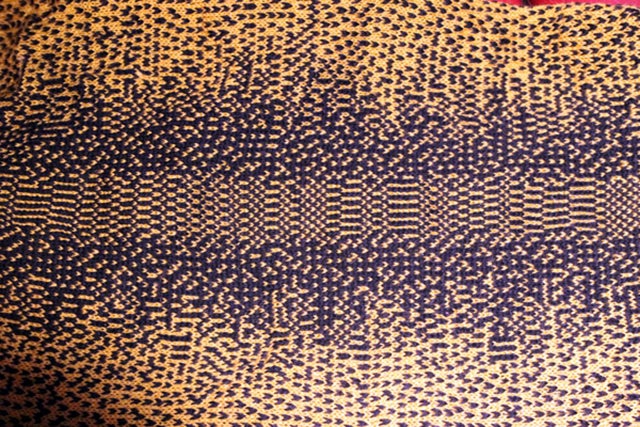 I'm generally partial to handmade goods myself, but am super excited to see all the different ways machines are being used to produce these kinds of totally unique pieces. [PSFK]