This Wearable Abacus is Basically the World's Oldest Smart Ring

Smart rings may seem like something from an impossible (or at least highly unlikely) vision of the future, but surprisingly enough, tech you can wrap around your little finger isn't anything new. Just take this itty-bitty abacus from the 17th century as proof.

Coming to us from China's Qing Dynasty era, the ring features a 12-millimetre-long, 7-millimetre-wide abacus that, despite its small stature, is still a fully functional counting tool. But as ChinaCulture.org explains, the less-than-one-millimetre-long beads are far too small too be moved with your own stubby fingers:

More surprisingly, the beads can be moved easily and smoothly along the silver rods. For operating this tiny abacus, fingertips are too big. It seems that the beads can only be moved by small tools such as pins. However, this is no problem for this abacus's primary user—the ancient Chinese lady, for she only needs to pick one from her many hairpins.

Of course, these rings aren't going to be turning on your dishwasher for you any time soon, but they are awfully reminiscent of another semi-ancient piece of wearable tech: 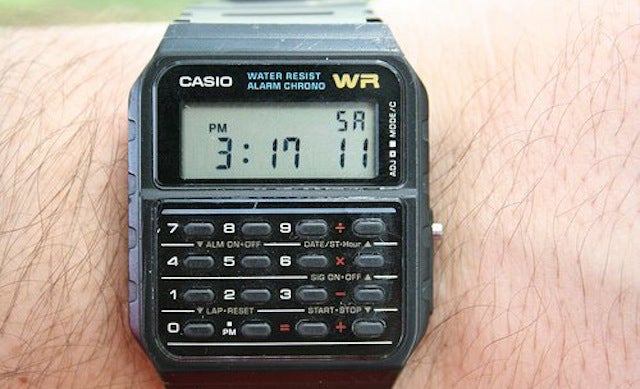 I guess we finally know where Casio got its inspiration. [@StJohnDeakins, China Culture, Huffington Post]