The concept of glow-in-the-dark roads is an incredibly simple piece of safety infrastructure that feels like it should have been implemented years ago. Finally, it has been—on the roads of the Netherlands

Back in 2012, Dutch design firms Studio Roosegaarde and Hejmans Infrastructure proposed the idea of roads painted with lines which would charge in the day then glow at night to make users aware of their position on the road. If you were like us, you probably read the news and thought "yeah, but it'll be years before that becomes reality."

In fact, it's only taken two years for the initiative to go from concept to reality. Now, a 500-metre stretch of the N329 highway in Oss features the lines—which are made by adding photo-luminescent powder into the road paint—that glow all night. And they deliver on their promise. According to a local news report, "it looks like you are driving through a fairytale." Which is, hopefully, a good thing.

Fully charged with sunlight, the lines glow for eight hours, though as yet there's no evidence to suggest how well they cope with wear and tear. Indeed, there's no word on just how widely the lines will be rolled out, either—there are plans to expand, but it's not clear when or where.

The future of the roads looks even safer, too: there are plans to make the paint smart, so that it can allow communication with vehicles, and create road markings that can turn on and off to signal bad weather or upcoming hazards. For now, though, glowing roads will have to be enough to keep Dutch drivers a little safer. [Wired UK] 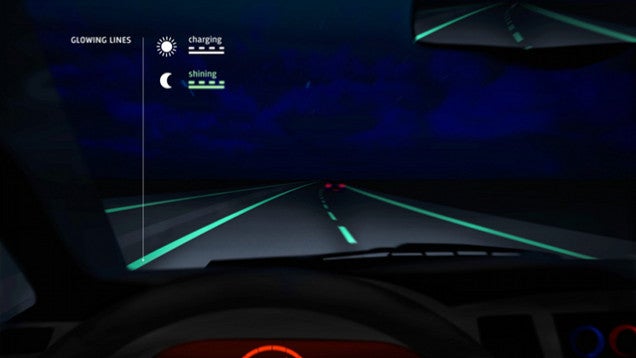 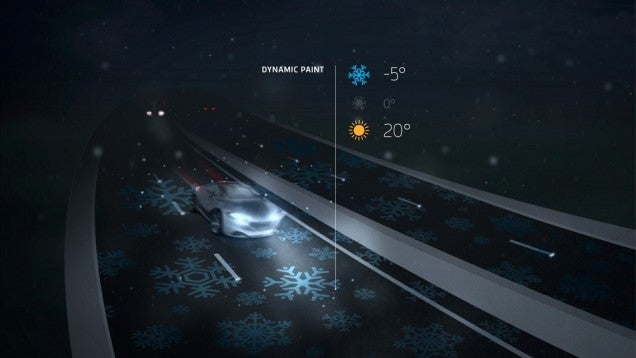