Why the Future of Bitcoin Depends on the Silk Road Trial

Over the weekend, Ross Ulbricht's lawyer, Joshua Dratel, filed a motion asking the court to dismiss all charges against the Silk Road kingpin. It's largely what you'd expect from a bullish defence attorney. But here's the twist: Dratel throws Bitcoin under the bus.

It's funny, really. Many would argue that Bitcoin has the Silk Road to thank for its explosive popularity. After all, the cryptocurrency was worth almost nothing until Adrien Chen published an exposé on the underground website nearly three years ago and practically made Bitcoin a household name. Now, the Silk Road case stands to define the future of Bitcoin, specifically whether it really is money and how it should be legislated.

In the Silk Road case, Ulbricht's lawyer doesn't actually say anything bad about Bitcoin. Dratel simply adopts the same point of view as the federal government. Just a few days ago, the Internal Revenue Service (IRS) declared that Bitcoin is property and must be taxed as such. In other words, Bitcoin is not currency. The taxman went so far as to say that virtual currency in general "does not have legal tender status in any jurisdiction." The Department of Treasury's Financial Crimes Enforcement Network issued a similar statement last year, defining Bitcoin as a "virtual currency [that] does not have legal tender status in any jurisdiction."

The IRS and the Department of Treasury, however, are not courts. That's what makes Ulbricht's case so important, though. This appears to be the lynchpin in a long chain of arguments over whether Bitcoin is real money in the eyes of the law or whether it's something different, perhaps something that needs to be legislated on its own. The new IRS rules have already made using Bitcoin a complete fiasco. Now, it looks like the Silk Road case will set the precedent that dictates how the federal government will treat Bitcoin beyond taxes alone. And while it's easy to get hung up on the fact that people were using Bitcoin to buy drugs on Silk Road, it's just as easy to forget that Bitcoin's market cap is equivalent to about $6 billion. 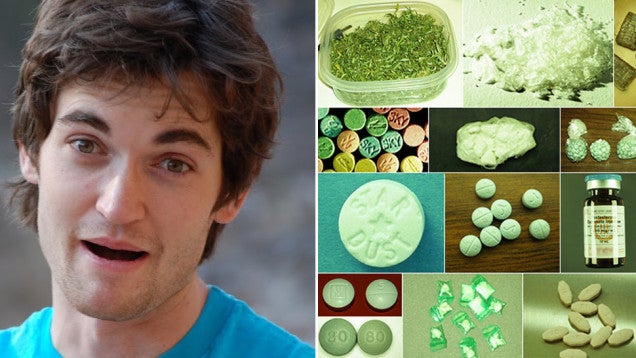 Before getting into its sweeping effects, let's talk a little bit more about the case against Ulbricht. It is both complex and controversial. In addition to money laundering Ulbricht, known online as "Dread Pirate Roberts," is charged with conspiracy to traffic narcotics, conspiracy to commit computer hacking, and running a "continuing criminal enterprise," also known as the "kingpin" statue. While the implications of other charges are interesting, we'll focus on the money laundering bit as it relates to the future of Bitcoin.

That will be up to the judge. If the judge equates Bitcoin with real currency in this context, the virtual currency will suddenly become subject to a whole host of laws, including but not limited to anti-money laundering regulations. A comprehensive report released last year by the Congressional Research Service (CRS) outlines the many laws that stand to be affected by Bitcoin. In the same vein as the IRS and Treasury statements, the report says that Bitcoin "is not legal tender nor is it backed by any government or any other legal entity."

Laws to govern Bitcoin specifically simply do not exist. The CRS researchers say that they "identified some federal statutes and regulatory regimes that may have some applicability to digital currency, although none contains explicit language to that effect or explicitly mentions currency not issued by a government authority." This sort of statement seems to suggest that Bitcoin is regulated about as much as sea shells. They might be worth something, but they're just not money.

It will be interesting to see how the Silk Road case—and related cases—will play out. Again, the other charges raise all kinds of questions about what it means to host a site where illegal activities are conducted and what exactly constitutes hacking. However, Bitcoin evangelists should keep their eye on the money laundering bit. It could define the way the government treats virtual currency in the long run. [Forbes, Wired, CNN Money]