According to the folks at Reddit, someone has cut down areas of the Brazilian Rainforest in order to write an encouraging message for the England football team. The someone accused of the act? Sometimes-controversial betting company Paddy Power. (Updated below.)

Paddy Power hasn't made a statement about the image, so it's possible that Reddit is just making something up based on the large "PP" initials at the end of the message. They have come to the conclusion that the picture is not a fake, and someone has cut away the trees to create the message. It's up to you whether you trust Reddit enough to believe them.

If it is indeed real, everything is speculative until someone comes forward and claims responsibility. But whoever they were, they're probably missing more than a few braincells. [Reddit via Sabotage]

Update: When accosted about the stunt on Twitter, Paddy Power had this to say: 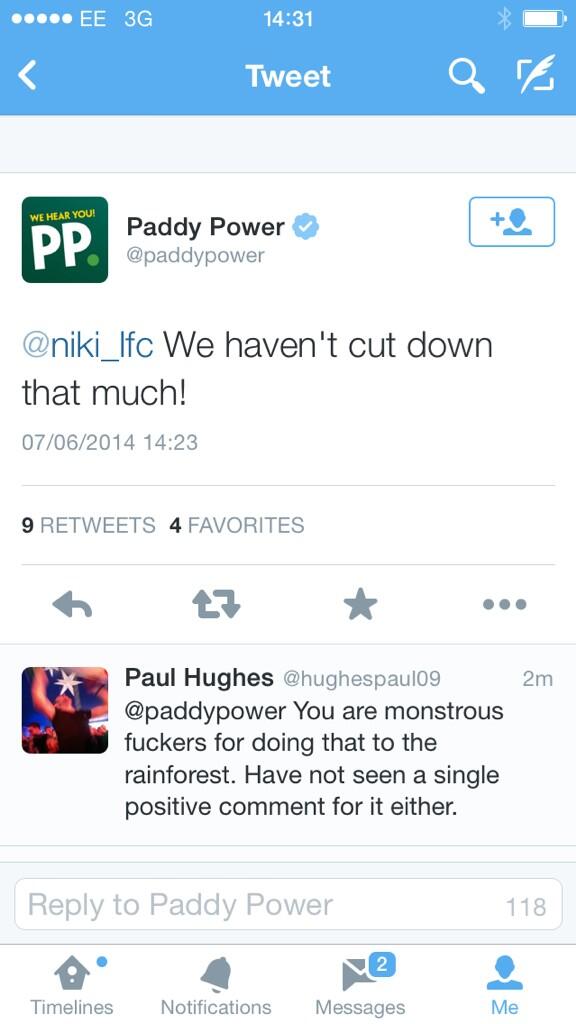 Needless to say, the Tweet appears to have been deleted. [@SabotageTimes]

Update (08/06/2014): Paddy Power was pulling our leg! The picture was faked to raise awareness of the ongoing destruction of Brazillian rainforests.