Shooting Challenge Round #3 (Plus Round #2 Winners)

By Martin Snelling on at

As we reach the middle point of the new-style Shooting Challenge, we have a new round and a new set of winners to add to the leaderboard. But who will be the taker of the crown (and prize) at the end?

Instead of giving you a brief, we simply want you to send in your best shot this week. Split over four rounds (there’s two rounds remaining), we’ll be picking the best of the bunch and awarding points. The person with the most points at the end of the competition will win a fab prize!

If you’ve missed the last two Shooting Challenges worry not, there’s still time to enter and get yourself on the leaderboard.

Before we announce the winners, I must stress how important it is that you read the rules and ensure that your entries comply with them. There were a number of rule breakages this week including incorrect email subject headers, no EXIF data and submissions taken outside the shooting window.

So who won round two?

We had another bumper bag of photos this week featuring a diverse range of topics including ducks, some more ducks, landscapes and yes, more ducks!

However, this week’s first place goes to this beautiful boudoir-based photo from Ashley Charlotte. 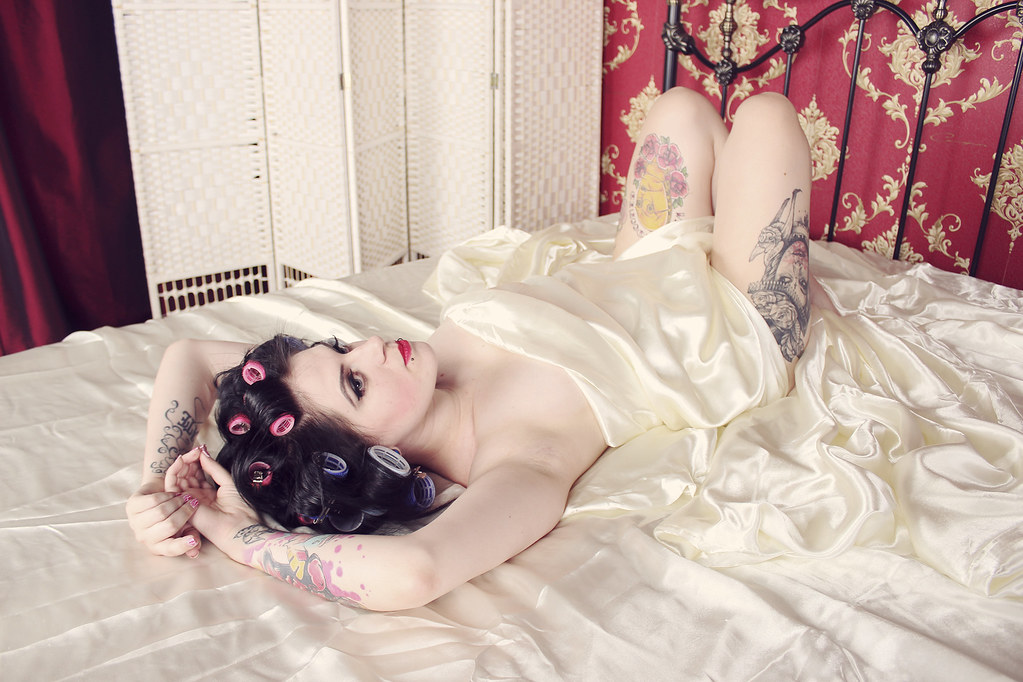 Ashley usually shoots outside in natural light and this image was taken during a rare shoot in a studio environment. Ashley used a Canon 600D to capture the pic and she used Lightroom and Photoshop to change the colours to give the image it's light/yellowy colours.

The geeks among us will notice the C3-PO tattoo adorning the glamourous model’s leg. 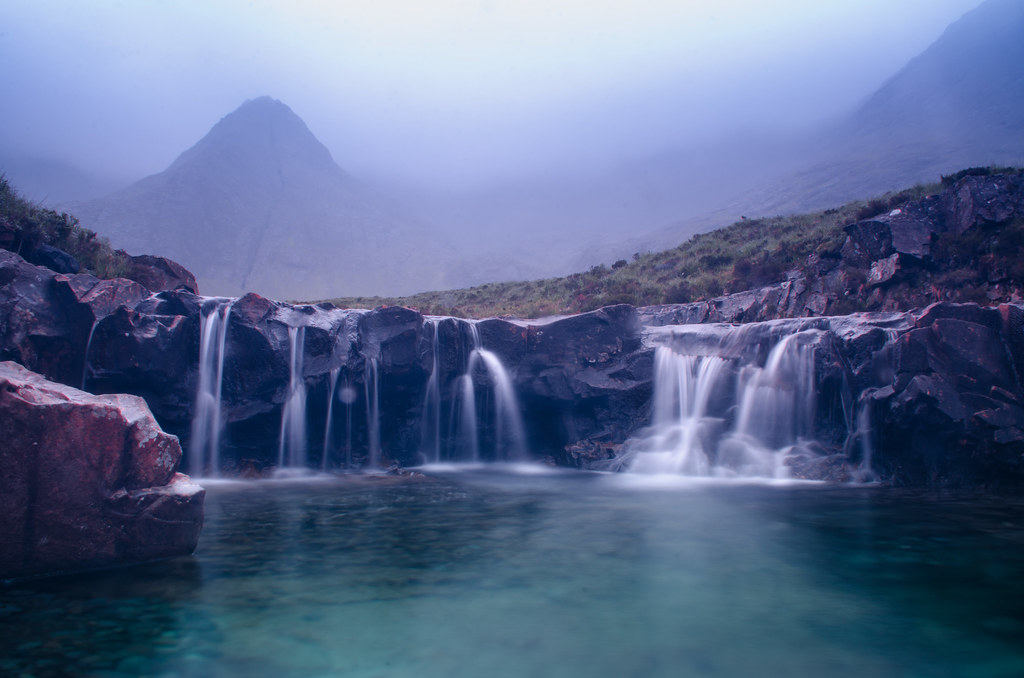 Taking second place and nabbing two points in the process is Ian Gordon for his photo of Neist Point and the Fairy Pools in Glen Brittle on the isle of Skye. Whilst the weather wasn’t ideal for Ian, he still managed to capture a fab long-exposure with his Nikon D7000. 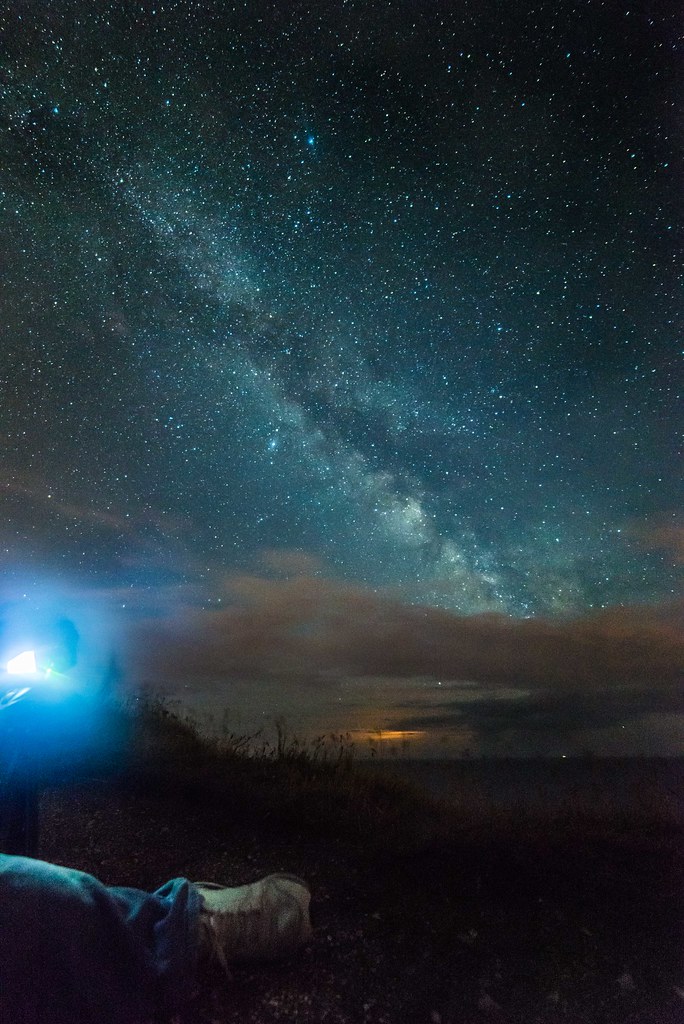 Finally picking up one point and a place on the leaderboard is Chris Tomkins with his take on the Milky Way (one of two Milky Way submissions this week). I really liked the inclusion of his mate’s leg and camera; it appears as though the light from the camera back is somehow illuminating the sky. Chris captured the image using a 13 second exposure on a Nikon D600.

Full information on the winning images and the stories behind them can be found on Flickr (where you can see all of the competition entries). Go check ‘em out!

As it stands, after two weeks the Shooting Challenge leaderboard looks like this:

In case you missed week one of the Shooting Challenge, here’s the details on how you can get involved.

For the next two weeks, I want you to submit the best photo you’ve taken in a given week (see below for the dates). Points will then be awarded to the top three pics and the photographer with the most points at the end of the fourth week will win a snazzy prize. In the event of a draw, we’ll go into extra time and have a penalty shootout.

To clarify, you don’t need to enter every week to be in with a chance at grabbing the prize, however it will increase your chances as you could score more points if your images are in the top three in the remaining weeks.

Any questions? Leave a comment below and I’ll do my best to answer it as quickly as possible.

If you’re the top of the photographic leaderboard at the end of the competition you’ll bag yourself an Acer Aspire Switch 10 laptop-tablet hybrid.

- Submit one image per round.
- Submissions must be your own work.
- Photos must be taken during the challenge dates listed above. Photos taken outside of this date will be trashed.
- Post-processing is permitted but you must give details of what changes were made
- Explain briefly in your submission email the equipment, settings, technique used and the story behind the image/images.
- Ensure EXIF info is intact (if image was taken digitally).
- Email submissions to gizshootingchallenge@gmail.com
- Please ensure your image is at least 600px wide and less than 3MB in size.
- Save your image as a JPG, and use the following naming convention FirstnameLastRound3.jpg
- Don't forget to include a shooting summary (see above).
- Send your best photos by Monday, June 30th 2014 at 6pm UK time with "Shooting Challenge - Round #3" in the subject line.
- Anyone can enter, regardless of location.
- The most important rule -- HAVE FUN!

Martin Snelling is a Hampshire-based photomatographer and wearer of fine hats. He tweets here, Flickrs here, and does his website stuff here.