The DJI Phantom 2 Quadcopter is Now a Real Autonomous Drone

One of the most popular consumer quadcopters on the market is now a true drone. DJI recently pushed an update to the apps that help control its flagship Phantom 2 Vision, and now, the €1099 (£873) aircraft can fly missions autonomously. Seriously, you just tell it where to go, and it goes—all by itself.

The new feature is called Ground Station. After updating the Vision app for your iPhone or Android smartphone, you'll now have the ability to drop up to 16 GPS waypoints. These amount to pins on the map that the Phantom drone will visit on its autonomous flight. Then, hit "Go" in the app, and the drone connects the dots. At any point in the flight, you hit "Return to home," and the drone will fly back to you. It can fly as far as 3.1 miles in a single flight, though it has to remain within about a quarter-mile from the pilot.

This is a pretty exciting update. The feature is mainly designed to help amateur drone pilots focus on filming instead of flying. If you've ever used a Phantom or any other consumer drone, you'll know that it's a little tricky to keep that thing aloft and watch the camera at the same time. Plus, at any point in the Phantom's autonomous flight, you can take over and pilot the craft with the flip of a switch.

But just think of all the other uses for your own autonomous drone. Maybe you've always wanted to get some aerial footage of the far side of that mountain by your house. No need to fly blind. Just program the drone to do it for you. Or maybe you want to deliver a beer to your neighbour without walking over there. You can just drop a pin and let the computer do the rest. 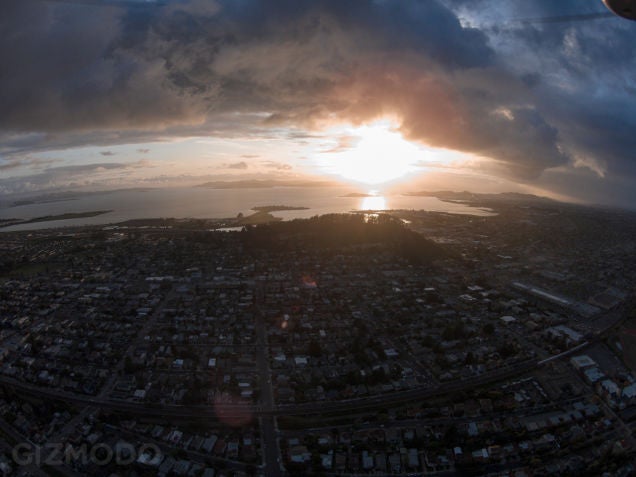 Obviously, it remains to be seen just how effective the Ground Station feature will become. It sounds great but also fairly simplistic. What if there's a tree in the way of your pre-programmed flight? The Phantom will probably hit it and break into a dozen pieces. What if you run out of battery? Well, DJI actually thought of that and the Phantom will automatically fly back to the pilot when it gets down to 30 per cent.

One thing is for sure, though. Technology is advancing to the point where the debate over whether to call these hobbyist aircraft drones or unmanned aerialcraft is redundant. In the future, all drones could be autonomous. Or at least they'll have the option.