When most of us think of what humans will leave behind when we go, we imagine skeleton buildings or toxic landfills. But according to some geologists, the longest-lasting impact we'll have on Earth is actually beneath our feet—in the form millions of tunnels, deep boreholes, and mines.

In a new paper in Anthropocene, the geologist Jan Zalasiewicz looks at the incredible changes we've made to the Earth's crust. This isn't the first time he's written about the remnants of humankind—he has written about human-made "technofossils" before. But in this new paper, Zalasiewicz argues that our tunnels, boreholes, and mines may very well be permanent, only ceasing to exist when Earth itself ceases to exist.

How does he figure? First, by looking at how geologists use evidence of animal burrowing already. Animals like woodchucks and and moles might burrow tunnels a few feet below the ground, an activity geologists call "bioturbation." Evidence of bioturbation—or animal burrowing—is an important way for them to classify era in geological time. It's how geologists define the Phanerozoic strata, for example, which includes all of the time that animal life has existed on Earth.

Humans, the authors reason, burrow too. But in a way, way bigger way. A way that extends miles into the Earth's crust. A way that has "no analogue in the Earth's 4.6 billion year history." And so they're giving our burrowing ways a brand-new term: Anthroturbation.

Just how extensive is our tunnelling habit? The numbers are actually incredible. For example, the authors claim that the length of all the boreholes on Earth would be roughly equal to the length from the Earth to Mars. "For each human on Earth today there is thus a length of oil borehole of some seven metres," they write. This map, meanwhile, shows over a million individual boreholes that pockmark the UK:

And our anthroturbation will outlast us all. As the authors explain, "this form of anthropogenic modification arguably has the highest long-term preservation potential of anything made by humans, often approaching 100 per cent (until the trace eventually reaches the surface)." 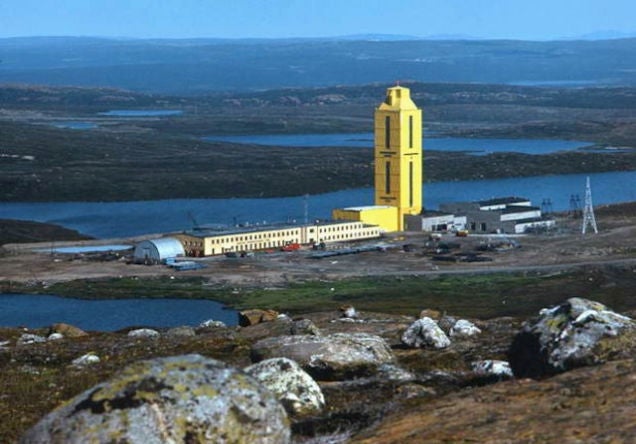 Movies and books might imagine deserts crusted with bombed-out skyscrapers or a jungle in which only the foundations of our buildings survive. But in reality, it'll be our tunnels that remain when we're gone. [Scientific American; Anthropocene]