Social media websites are one massive, ongoing experiment. If they're not specifically experimenting on you, then they're tinkering with function or nipping and tucking design elements to give their site a one up on the competition.

For Twitter, visual changes usually come in the guise of a limited rollout and grow from there. Earlier this month, Twitter wanted to turn favourites into retweets. Now, it would appear that experiment is branching out to more users. 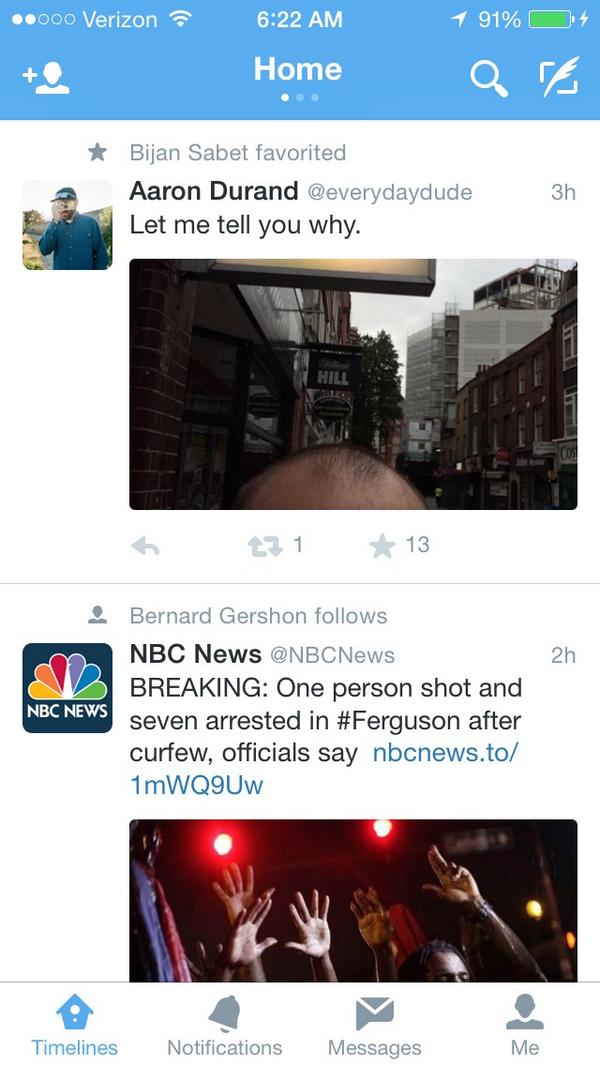 Twitter filling my feed with stuff I didn't ask for - stuff other people follow and fav. pic.twitter.com/IVOViGF1QW

As you can see at the top, where Twitter would usually brand a retweet, the main feed is also displaying favourites and tweets from people others follow. This potential change could upset the delicate balance between retweets and favourites.

Where as retweets are a way to share stories, support causes, endorse certain point of views, or just pass along funny viral tidbits from around the web, favourites are a semi-private affair to help you cache certain tweets. They can also act as a friendly acknowledgement to the sender that you read their tweet — that it wasn't lost in the daily deluge of your main feed.

Throwing favourites on a followers' feed along with retweets blurs the function of the two. If Twitter were to implement this experiment (though the company says they experiment every day so I doubt it), the two would basically be redundant. "You never know until you try it" is great way to create and also maim yourself in some thrill-seeking adventure. But in this instance Twitter, just let this one go. [The Next Web]