iPhone 6 Hands On: Getting Up to Size

I hate to be the person to break this to you, but the iPhone 5S in your pocket or purse is tiny. It's so small by today's smartphone standards that Sony released a compact version of its flagship that's still a whole lot bigger than the 5S. It was time to grow up. And the iPhone 6 has done that beautifully.

That's not to say that bigger is definitionally better; Motorola overshot the mark with its hulked-up new Moto X, and Apple's own iPhone 6 Plus feels like you could deliver a pizza on it. But after a brief time fondling the 4.7-inch iPhone 6 — up from a 4-inch predecessor — I feel comfortable saying that this is the right kind of sizing up.

What you notice first about the iPhone 6 is just how much it feels like an iPhone, which seems like an obvious point, but it's not something I think you can say about most smartphone manufacturers. As it did moving from iPhone 4S to iPhone 5, Apple's found a way to go bigger without losing its identity.

That's not to say it's entirely unchanged. It's...different. Most notably, from a distance, you'll observe those antenna lines that grace the top and bottom of the back of the device. They're not all that pretty, although if you want to mitigate their intrusion you can just pretend that your iPhone 6 is dressed up like The Fifth Element for Halloween. 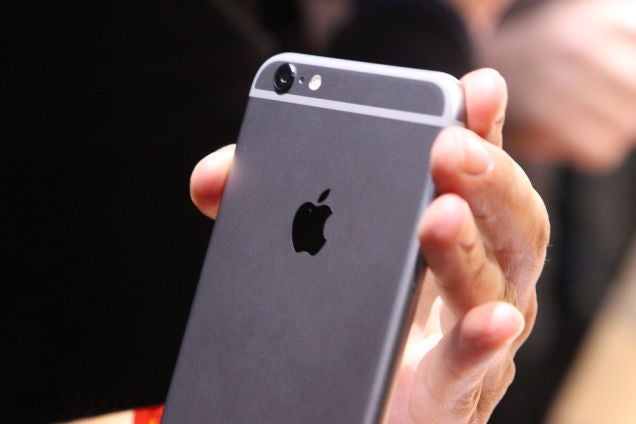 The positive developments outweigh that oddity though. Let's start with the display, which trades the hard edges of the iPhone 5S for a gentle sloping curve. So long, chamfering! You can swipe without hitting full stop, which sounds like a small difference but matters given you many times you attack your display every day.

Similarly, that Retina HD moniker isn't (just) marketing hype. It's a brilliant screen, which is great news for those who like to look at bright and shiny images and websites on a phone but a bummer for anyone who was hoping for better battery life with this iPhone generation.

Still, it seems like a fair trade-off given how responsive the A8 chip appears to be. Apps opened instantaneously and navigated smoothly. We don't know much more about the internals other than Apple's comparisons to the previous generation, but surprise, it is in fact faster.

Other changes seem incidental but are clever reworkings. The power button lives on the side now, because reaching all the way to the top of the phone makes less sense when the phone is taller than your fingers. 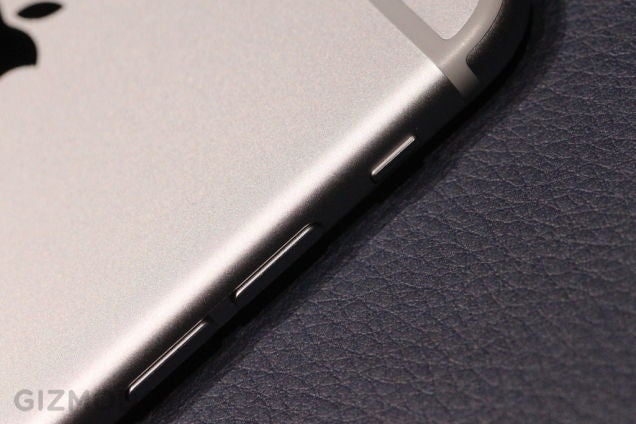 The iPhone 6 is also light as hell. Yes, it's about 13 grams heavier than the iPhone 5S, but with the weight distributed over larger area it ends up, oddly, feeling even lighter than the previous generation. My only hesitation is that it's still — like previous iPhones — very tall. While that 4.7-inch display is the same diagonal as last year's Moto X, the iPhone 6 stretches out to nearly half an inch taller. I suspect that will end up being a matter of personal preference, but it's still going to be quite a pocket-filler.

The conditions to test the camera—poorly lit tent with elbow-throwing journos—was not ideal! But as Sean noted in his iPhone 6 Plus hands on, the viewfinder's ability to correct for light/dark in real-time was an impressive indicator of what it can do.

We weren't able to spend as much time with the software as we'd like, but that'll be coming in a full review soon. But the main takeaway for this event? Your iPhone didn't just get bigger for the sake of it. It got a whole lot better, too.

Read all Apple announced at the iPhone and Watch event, plus Giz readers' reactions