In the wake of the uproar that followed last week's purported iPhone 6 Plus pliability problem, some people have apparently taken it upon themselves to go into Apple Stores and bend iPhones. And while it pains us that this even needs to be said, guys, please: Breaking private property doesn't prove anything. Except that you're an arsehole.

The most notable case of bandit benders so far comes in the form of a couple of British teens, who tried to stick it to the man by breaking wildly expensive smartphones that they did not pay for. As the Daily Dot notes, in the five-minute video the pair posted online, the kids not only recorded themselves breaking thousands of pounds worth of hardware for all the internet to see, but they round it all off with a solid "I don't even care to be honest, because it's Apple's fault." Except that no, it's not. 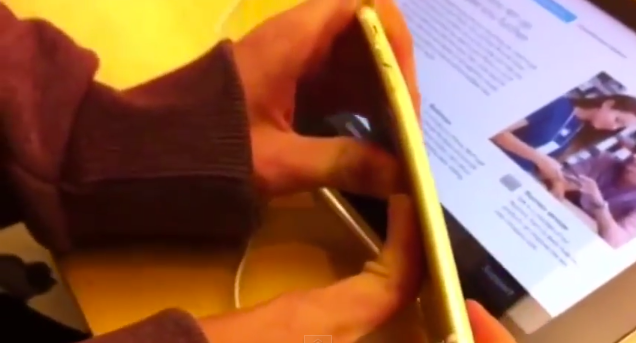 Apple itself acknowledges that there are confirmed issues with new iPhones bending under some circumstances. But intentionally seeking to destroy an iPhone 6 Plus doesn't mean it was poorly built, any more than walking into Curreys with a cricket bat and smashing TVs doesn't mean that the TVs should be more shatter-proof. It just means that you're an idiot.

But they're kids, you might say. Kids make mistakes. They sure do! And hopefully these particular teens have been publicly shamed enough that they'll at least make their criminal activity less absurdly indictable in the future. But it's not just kids that are doing this. Full-grown, literate, presumably mentally sound adults are walking into Apple Stores, bending iPhone 6 Plus floor models, and sharing their abuse of private property under the pretext that this somehow validates people's complaints.

Just stopped in an AT&T store to try and bend a 6+. You have to be kidding me. That is not bendable. $AAPL

Why are you doing this? What is there to prove? Apple has received at least 9 official complaints. Some users have bent their iPhones through typical use. And physicists have acknowledged that, yes, this phone does have some weak points. All of this is already established. When you go breaking private property on purpose, you're not proving anything. You're just creating noise. You're distracting from the real conversation that needs to be had, which is just how common is this bending under normal circumstances, not under the circumstance where you intentionally act like a half-wit.

So please, stop going into Apple Stores to break the iPhones. And for god's sake, don't put it on the internet if you do.