The internet is slowly being swallowed whole by an endless influx of drone videos, but sometimes they give stunning views of locations we'd never see otherwise. This time, one YouTuber strapped a GoPro Hero 3+ to a DJI Phantom 2 drone and took a peek at Apple's upcoming "Spaceship" campus.

Steve Jobs announced Apple's second campus way back in 2006. Since then, we've been teased with stunning renders of its circular design and statistics on just how massive this structure is going to be. In fact, people are so fascinated with the building that you can even take a digitally rendered exterior tour of the campus already.

The $5 billion project officially broke ground in 2013, and construction crews are wasting no time. In late April, a San Francisco news affiliate KCBS caught aerial photos of the structure assuming its circular form. 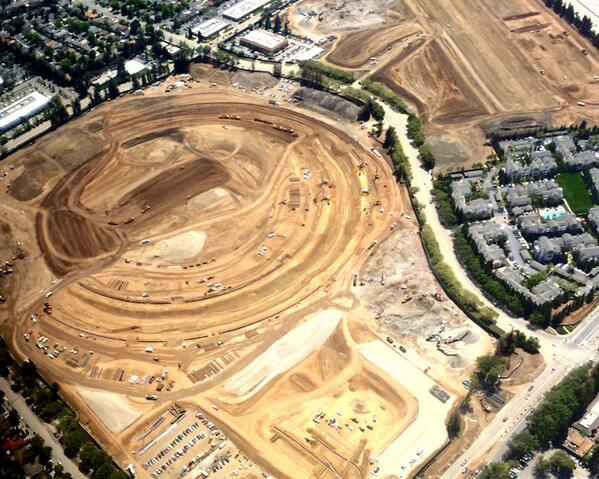 In four short months, the building is much more pronounced, and it looks like its size has not been exaggerated. That's no campus, it's a Spaceship.