Your Nest Protect Just Got a Whole Lot Smarter

It's been a tumultuous year for Nest's second product, Protect, a fire and CO alarm that's endured not only a halt in sales and recall, but also a price cut and return to the shelves. Yet in a low-key announcement today, Nest showed how powerful its product model can be: By introducing new functionality for devices it's already sold.

The new features, which were detailed in a blog post on Nest's website this morning, all take advantage of the guts that have shipped with every single Protect over the past year. But using data culled from those very devices already in homes, the team has been able to build better features, integrating hardware components that weren't being used before.

First up is Steam Check: A feature designed to end the omnipresent ring of your alarm when you get out of the shower. Inside every smoke detector is a smoke chamber, and on one side, an LED light shines through the air that passes by, noticing when there are particles accompanying the oxygen. This is how your alarm detects smoke—and why it mistakes steam for a fire so often. Water molecules and smoke molecules don't look different to its "eyes." 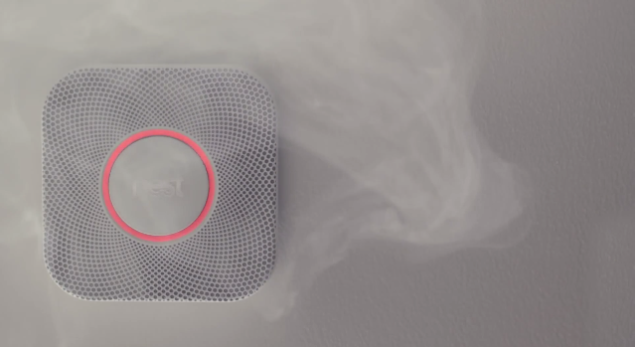 Protect detects smoke like this too, and it's vulnerable to the same mistakes. But inside every Protect is another sensor, one that hasn't been used up until now: a humidity sensor. Using data from hundreds of thousands of users, Nest's engineers have been able to build a new algorithm that can tell the difference between smoke and steam, thanks to the metrics provided about humidity. The new algorithm cuts down false alarms by half.

Another new feature is Safety History, which lets owners keep track of their Protect history—including stats you'd expect like CO and smoke alarms, but also other metrics, like when the motion-detection light went on. You could, say, know how often a sick grandparent gets up during the night, or see how often you wake up.

It's the same kind of (anonymised) data that Nest's newly-launched Developer Program will use to build smarter algorithms with its new open API. Other little updates abound, like a new program tells you exactly how to operate in specific disaster scenarios, while a new control lets you adjust the brightness of the night light.

But what's really intriguing is the new access to your data. It's the first step towards making Protect much more than an alarm; it feels almost as if Protect is a trojan horse for the connected home itself. After all, Nest now owns a company that makes security cameras. It is owned by the company that makes Google Now, a program designed to track your location and activity wherever you go. And crucially, it just launched partnerships with a dozen brands from Mercedes to Whirlpool, connecting nearly every appliance with electricity to its emerging home network.

Protect is still an alarm. But this safety device is starting to feel a lot more like a hub for home tracking.