Nexus 6 Rumour Roundup: Everything We Think We Know (Updated)

The Nexus line is Google's Android champion, the annual display of Android in its purest form. As we get closer to this year's refresh, rumours are beginning to flesh out what the Nexus 6 is going to look like. Here's what you can expect from the next great Android phone.

Much like its predecessors, the next Nexus will most likely showcase the very latest Android build. In this case, that's Android L (or whatever it ends up being called), Google's 5.0 (4.5?) OS release that brings a design overhaul and added tweaks. That much is obvious, but what about the hardware that goes with it?

All renders and rumours suggest that Motorola will be making the Nexus 6. Considering Google's decision to sell off Motorola Mobility to Lenovo in January this year, while also retaining many of the company's patents, this comes as a minor surprise. Originally, many thought HTC would take up the design reins once it was hinted that LG, makers of the popular Nexus 5, wouldn't be involved. Instead, it looks like HTC got the nod for the Nexus 9 tablet. The Lenovo sale was part of the reason why Google was able to work with Motorola on the new Nexus at all, as The Information reports:

Separately, Motorola is also getting a boost from working on an undisclosed phone-tablet project with Google—the type of initiative which, ironically, it could not pursue as a Google subsidiary due to concerns about favouring the house-owned Android vendor over others.

Once you get past the corporate back-and-forth, tapping Motorola for the new Nexus begins to make a lot of sense. Motorola's impressive design chops with the new Moto X makes it just as an appealing choice compared to HTC or LG. Also, Motorola has a history of running a damn near stock version of Android on its own handsets already—with exception of a few genuinely great add-on apps—so the company is by no means in unfamiliar territory.

For the sake of clarity, I've opted to use "Nexus 6" throughout this roundup, but that name isn't 100 per cent. The device has been called "Shamu," or Moto S, depending on who you talk to, but those are either just code names, much like Hammerhead was for the Nexus 5, or the Moto S is a reference to a likely Verizon-exclusive Droid-variant of the upcoming Nexus.

Strangely enough, it's been suggested that Google might shake up the naming convention because of the movie Blade Runner (and the novel it's based on), which features replicants known by Nexus-6. Google drew ire from estate of Philip K. Dick for using the word Nexus in the first place, so the possibility that they'd try to avoid more trouble actually seems plausible. Then again, they might feel pretty apt at dealing with it at this point.

The most popular replacement for Google's numeric tradition is to simply call it Nexus or even Nexus X. This last one could also work on two levels, by also referring to Motorola's Moto X and also as nod to the device's actual design, which leads me wonderfully to my next point.

The best bet we've seen so far is Android Police's render (featured at the top of this article), which pulls together all known rumours into a single image, and a follow up from @EvLeaks, which offered a supporting render view of the device:

All these leaks make a pretty convincing argument that the Nexus 6 will just be a very big and badder Moto X. Coming in at a rumoured 5.9 inches, this smartphone would be the biggest Nexus and the biggest Motorola smartphone ever made.

More speculation says that Google might consider releasing two separate Nexus devices—a 5.9-inch and a 5.2-inch, but the rumours about any smaller version have been remarkably thinner than those about its big brother. Phone Arena reports what Google finally decides to do could depend on how well the Moto X does once sales numbers start pouring in. However, it seems unlikely that Motorola would want to put the Nexus 6's rumoured specs (which we'll get to in a second) into a 5.2-inch size, because it would cannibalise the hell out of its own 5.2-inch Moto X. Instead, it's possible that this smaller device will just be the Moto X Google Play Edition.

Apart from its hand-tiring size, Android Police says the Nexus 6 will carry over many of the same Moto X design elements, including its aluminium frame and front-facing speaker setup. However, we should all be prepared for some light to moderate design tweaks. The Nexus 5 was a variant of the LG G2 but dropped the glossy finish on the original for a soft-touch matte material.

One of Moto X's main draws is Moto Maker, the smartphone's dedicated customization site that lets customers pick specific colours, accents, and materials. However, Google is possibly planning its own Nexus-based design tool that can personalise your phone to an even greater degree with your own photography or maps of specific places. However, no official release plans have been announced about the new design platform or if it will be a Nexus 5-only affair.

Not surprisingly, the Nexus 6 may be getting a serious spec bump compared to the new Moto X. That's partially because of necessity. Since there's more room to pack in bigger and better everything, phablets have been the first to adopt hi-performance QHD screens, massive batteries, and the most powerful processors. Leaks say that the Nexus 6 has all that and more, including a QHD (496 ppi) display, a 3200+ mAh battery, and a 2.7 GHz quad-core Snapdragon 805 as well as a whopping 3GB of RAM. No word on whether we'll see expandable storage or a removable battery, but the current Moto X doesn't have either. Also, if past Nexus devices are any indicator, that answer would be a pretty firm "no." But on the plus side, Nexus 6 will reportedly also benefit from Motorola's Turbo Charger, which can give your device 8 hours of battery life after just a 15-minute charge.

As for the camera, unofficial reports are saying that we'll see the same 13 megapixel, rear-facing sensor as seen on the Moto X but with optical image stabilisation for steady shots and better low-light images. The camera on the front will stay the same at 2 megapixels.

That Snapdragon 805 looks set to be a top performer too, if leaked GeekBench benchmarking score prove accurate. According to the alleged tests, the Nexus 6 sits just behind iPhone 5S and 6 when it comes to single-core performance, but smokes the competition when it comes to multi-core results, posting a score of 3199 to the iPhone 6's 2927.

If even half these rumours hold out to be true, the Nexus 6 will be high-powered, capable, and staunch competition against current phablet superstars (and even ones that have yet to be announced). 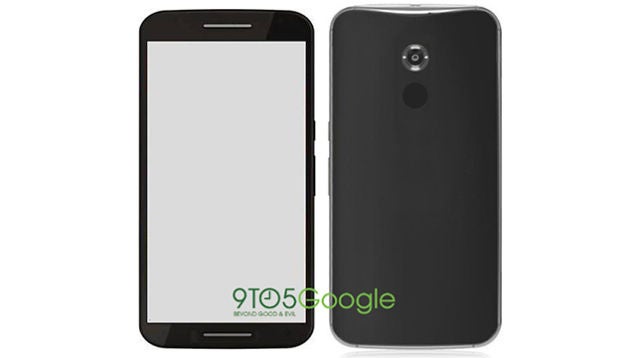 Historically, Nexus devices have come with the reverse of your common sticker shock, often seeming much cheaper than what the specs and user experience would demand.

The only price leak we've seen is a relatively sketchy one from TKTechNews, who reportedly spotted a listing for a Nexus X device for €420 (£327) for 32GB and €450 (£350) for 64GB off contract. We don't know how those prices are going to localise to GBP, hopefully we won't get slapped with an excessive amount of tax and 'localisation fees' but that's probably wishful thinking.

A £327 or so price point, while more expensive than the Nexus 5, would still be a shockingly low once factoring in the phone's size, display, and processor, and would continue Google's tradition of cheap yet powerful devices. However, this leak hasn't been followed up with any kind of substantial info, so it's still somewhat up in the air.

The Nexus 6 will most likely be available from the usual suspects and on all popular networks. Most rumours that have been circulating focus on American networks, but nothing seems to be out there detailing UK availability. Usually, the phone debuts on the Google Play store, alongside a single "lead" UK network and supplier, last year's being the Carphone Warehouse, before trickling through to other networks. A device of this magnitude is unlikely to be passed by the major players in the world of phones in any case.

Google doesn't tend to make much fan fare regarding its Nexus releases. Last year, the Nexus 5 got a press release and a silent-yet-immediate rollout in the Google Play store. According to a report from Forbes, we can expect a similar tactic this time around with the release date allegedly being the 15th of October.

So yes, you'll be able to buy your unlocked Nexus 6 through the Google Play store as always, and if these rumours end up being true and you're in the market for a phablet, you very well might be doing so.

Updated: This post was originally published on October 1st 2014, and was updated on October 15th 2014 to reflect new benchmarking scores, the release of a new render and updated launch date information.