The Best Vape Pens for Every Appetite

Looking to get your e-smoke on? Well, why settle for an oversized vaporiser that can only handle oils, waxes, loose-leaf tobacco or e-liquids in isolation when one, little vape pen can do it all? In fact, multimode pens are getting easy to find and are quickly dropping down to double-digit prices, but the problem is that a lot of them perform like they were bought at a pound shop.

Too many are manufactured by fly-by-night firms and utilise components chosen for discount pricing rather than performance. So how do you find a portable vape that's durable and powerful enough for everyday use, adaptable enough to meet your ever changing toking requirements and affordable enough to not break your budget? You keep reading, that's how.

When it comes down to it, vaporisers are basically just portable miniature ovens: a battery pack provides power to the heating element which gently cooks whatever botanical material you've squeezed in its heating chamber until the active ingredients vaporise and travel up an airway into your mouth. Easy.

I've found each of these four components play a vital role in my vaping experience:

You'd be surprised how few miniature ovens are actually up to spec, actually.

While the Pinnacle Pro DLX is significantly pricier than the rest of the competition at just under £200, it lacks the ability to vaporise e-liquids and offers a relatively short battery life, too (just under an hour of near-continuous smoking). However, it makes up for these shortcomings in spades.

For one, you can just as easily use the device while it's plugged in and charging. What's more, it heats from stone cold to 346°C in just over a minute. That's quite speedy. It's made from high-density plastic that can withstand being dropped on to concrete from waist-high, utilises a convection heating element that toasts your botanicals cleanly and evenly without singeing, and delivers the vapour through an aluminium air path that doesn't impart any added taste.

The coolest feature, though, is the optional water pipe attachment that sits over the mouthpiece. Like a portable version of the bulky Cloud EVO, it produces super-clean, water-cooled vapour.

The £50 V2 Pro is one sleek little vaporiser and even after testing plenty of others designed to do essentially the same thing, this unit stands out from the pack for its e-liquid abilities in terms of cartridge capacity, unit durability, vapour quality and general ease of use. Its 650 mAh battery is decent enough as an e-liquid vape (maybe half a day with moderate use) but does drain more quickly when heating loose-leaf.

The Most Informative: Ago G5

There's a lot to love about the Ago G5. If it weren't for the e-liquid canister's penchant for disassembling itself in my pocket, I'd recommend it even more highly. The G5 incorporates an incredibly helpful LCD display that not only monitors the battery charge but also counts how many puffs you take between charges. This thing is great: I know exactly how much charge I have left, which means I rarely get stranded with a dead battery. The 650 mAh battery is on par with the one in the V2 Pro, lasting about half a day between charges and moderate use.

Unfortunately, it also uses low-quality coiled-wire heating elements for both the wax and loose-leaf cans. Those often led to uneven heating and required me to continually clean the cans. Luckily you can pick up a G5 starter kit for the ludicrously low price of £20. 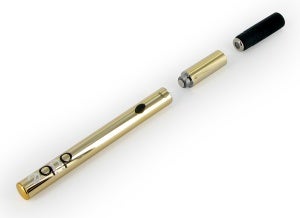 The Dube2 was far and away the smallest unit I tested, measuring a mere half-inch in diameter. But it's so small it holds less than 2ml of e-liquid and barely anything of loose-leaf. You'll likely wind up spending more time trying to load the damn thing than you'll ever spend vaping from it. 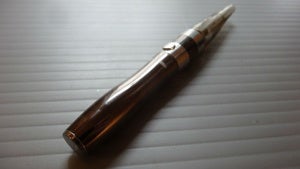 The Atmos Dart is sturdily built, rugged and only rarely leaked nico-juice while in my pocket. But the battery life is unforgivable. The longest session it could muster was 24 minutes of absent-minded puffing (3-4 draws/minute). It also took two full hours to recharge. 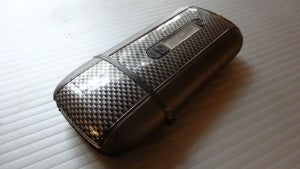 The DaVinci Ascent is a very functional dual-material vaporiser that accommodates both loose-leaf and waxes. It's got long battery life (and long charge times) and an all-glass pathway. 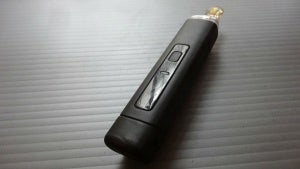 The predecessor of the DLX, the Pro sports many of the same specs including size, weight and battery life. It does not, however, have a six-stage heating element, only a two-er. You can pick one up at a discount, but if you can, go for the newer DLX model. 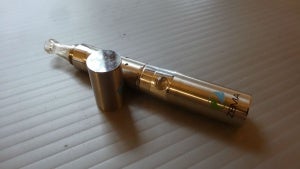 The Zema Pro is a serviceable 3-in-1 from Got Vape. It's relatively inexpensive, utilises a slick Pyrex mouthpiece atop an aluminium air path. It's good, but not good enough to make me want to spend 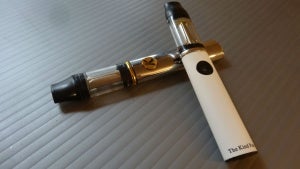 Remember how Sub Zero and Scorpion from Mortal Kombat were basically the same character, just with different finishing moves and swapped colour palettes? Those two had less in common than these short-lived, leaky clones.

Just like the Ago G5, except without the useful LCD screen. It does use standard 510 threading, mind you, so you can easily swap in larger batteries and more robust, after-market canisters if you so choose.