The Last Ditch Attempt to Prolong Philae's Life on a Comet

With Philae's battery dying, the Rosetta mission's ground controllers have decided to make one last go at it. The probe had ended up in the shadow of a cliff after a problematic touchdown, unable to gather enough energy with its solar panels. Ground control is going to try rotating Philae so one of its larger panels catches the light.

Just now, the European Space Agency reestablished communication with Philae 300 million miles away. The radio link had cut off as expected when the spacecraft Rosetta, which is orbiting the comet and relaying Philae's signals back to Earth, passed below the horizon.

When we last left off, Philae was hard at work probing the comet, making the most of its waking hours. Contrary to previous reports of the lander possibly being on its side or even upside-down, the ESA figured out it actually had all three feet on the ground, so they went ahead with the plan to drill.

The first drill sample was destined for COSAC, the COmetary SAmpling and Composition experiment, which looks for the chirality or "handedness" of organic molecules on the comet, possibly matching them to Earth's. Philae's was drilling away when communications cut off, and ground control wasn't sure if it was actually able to analyse its sample. It appears Philae did, and they're downloading the data right now. 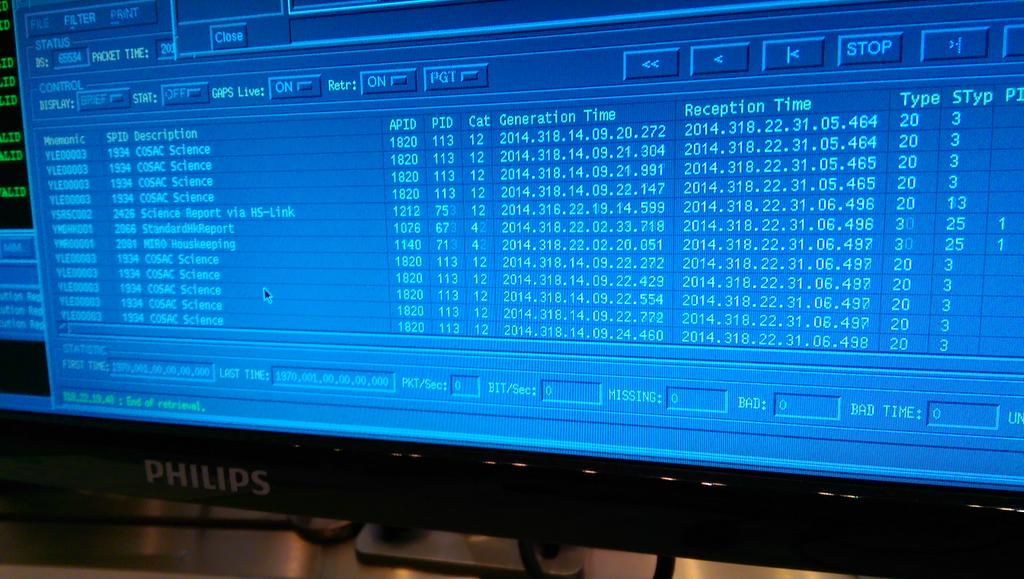 A number of other instruments have also been gathering data, including the thermal and mechanical properties of the comet as well as its elemental composition. The ESA said that they got 80% of the scientific data they expected in the first sequence.

With all the data downloaded, ground control sent the command back to Philae to rotate itself 35 degrees. The move itself was successful, but it's unclear how much of a difference illuminating the larger solar panel will make. Philae could also reawaken when the comet approaches the sun. The mission's not over yet.