A Big Round of Applause to Google for Shaming Spain Worldwide

There are strange moments when you feel ashamed not as an individual, but as a member of a collective, of something bigger. In my case, today, it's of being Spanish. And what I feel right now is a deep, profound sense of ridiculousness.

The first rumours began to swirl late last night, and today in the early hours of the morning we got the confirmation: Google News is closing in Spain. Why? It is the direct result of the new Copyright Law approved in the country (more details about this nonsense law here), which forces Google to pay a "tax" to all the traditional media firms (mostly newspapers) for appearing in Google News.

That's right: Apart from Google sending them tonnes of traffic, publishers want the search engine to pay them. Google's reaction? Shuttering Google News in Spain. The decision suggests Google is simply above needless drama: If a country insists on modifying its laws to favour the greed of a bunch of local companies—more like a mafia gang than a government—Google closes its doors and leaves. As simple as that.

What's ironic about the whole situation, comical even, is the position of the media companies from the AEDE lobby—the ones pushing the new law. Imagine for a second their reaction when they open their own newspapers: "What? Hold on, Google is closing?" Something like that.

Seriously, what did you expect?

What the media firms from the AEDE lobby have just done is absurd: Instead of securing a voluntary (no one forces them to be included in Google News), constant and considerable source of traffic, they opted to bite the hand that feeds them and, after an express-law, force Google to pay them. No way out. It's like getting furious if you receive a present you don't like, but just because you don't know what to do with it or how it works out of ignorance. Google, probably bored of the whole situation, just decided to shrug shoulders and walk away. What remains for the rest of us (with or without AEDE) is absolutely nothing. 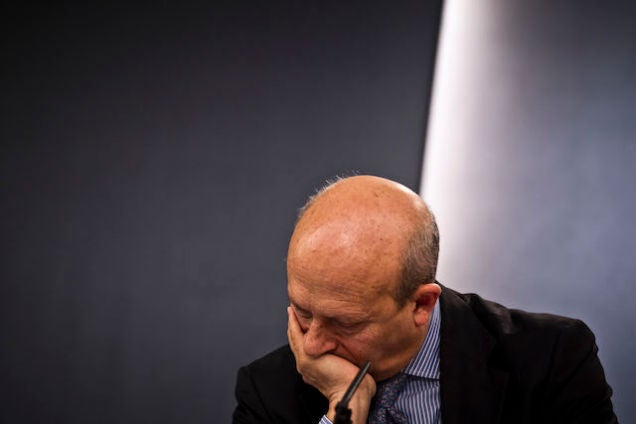 As one media exec points out correctly, the true "Google Tax" will happen when a lot of those media firms from AEDE have to turn to paid Google AdWords to compensate for losses derived from their absence in Google News. One way or another, it will happen, and it will be very fun to watch it.

When it happens, more than one supporter of the new Spanish copyright law will probably start feeling that same sensation of shame and ridiculousness. That's what Google has done today with Spain in front of millions of eyes worldwide: put the country to shame. And we should thank them for it; it was about time someone did.