AirAsia Plane Goes Missing Over Indonesia With 162 People On Board

We just couldn't escape 2014 without just one more unfortunate airline tragedy. The Associated Press reports that a Singapore-bound AirAsia plane, Flight 8501, lost communication with ground control while flying over the Java Sea, an hour before it was supposed to land.

Jakarta's air traffic control lost contact with the Airbus 320-200 around 11:24pm GMT. On board was a crew of seven and 155 passengers of French, South Korean, Malaysian, and (predominantly) Indonesian. Later, AirAsia confirmed via Facebook that the plane deviated from its course due to weather.

#AirAsia:Before communication was lost with Flight 8501, aircraft asked to deviate from planned route due to weather. http://t.co/dCKXKjdLlq

Unlike the mysterious cause behind MH370's disappearance and the regrettably violent actions that brought down MH17, the most likely cause (though unconfirmed) is severe weather. Just take a look at this hellish weather map at the time of the disappearance: 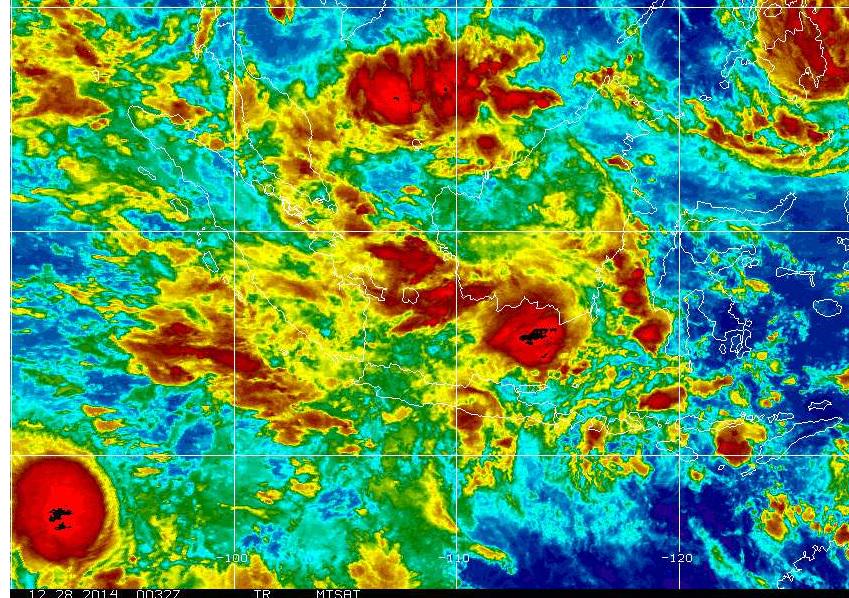 Other unconfirmed reports mention that wreckage has been recovered from the plane, but AirAsia has made no comment on the rumour as of yet.