The Lyrics That Define Each Decade, Visualised

Ever wondered what kind of lyrics define an era? In this visualisation, David Taylor looked for words in Billboard song titles that appeared during a given decade more than other decades and then charted them. The results are pretty interesting.

The chart shows the top five words most unique to that decade, stretching all the way back to the 1890s. The third column, keyness, shows how unique the word is to that decade, and then its usage over time is charted for the whole period. Here are some of Taylors most interesting findings:

But anyway, you can explore the whole chart yourself. Do, it's pretty fun. [David Taylor via Flowing Data] 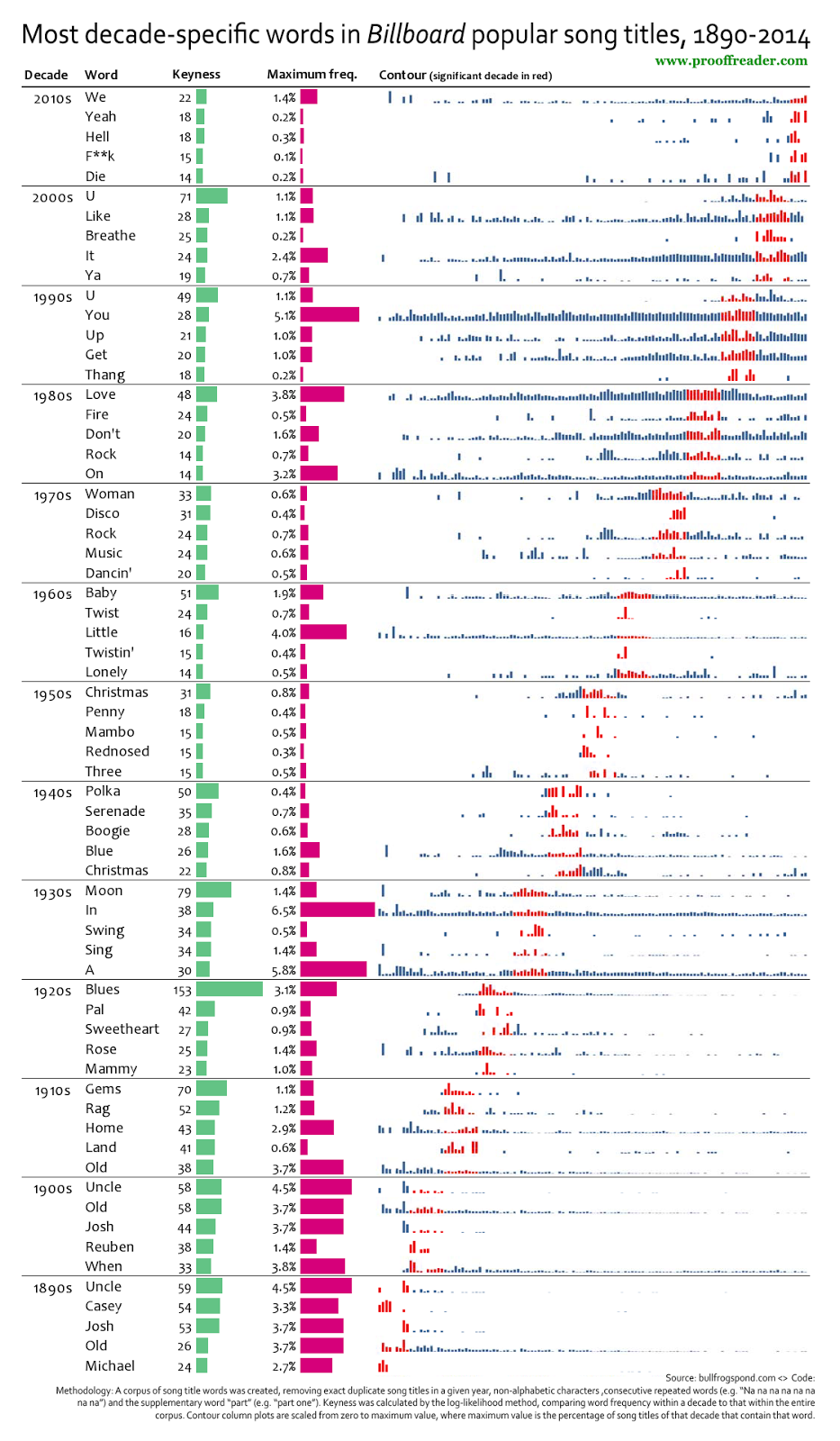