No other plane in history has captured the hearts and minds of the public quite like the SR-71 Blackbird, providing the West with an unprecedented look behind the Iron Curtain during its 33 year operational career. But before it was cracking the skies over Russia at mach 3.3, the Cold War spy plane had to prove itself during a series of test flights. The first of those took place on December 22nd, 1964.

Designed by the venerable Lockheed "Skunk Works" group, the SR-71 grew out of the earlier A-12 program and was built to replace the older, slower U-2 spy plane. The Blackbirds, of which 32 were built in total, were tasked with high-speed, high-altitude reconnaissance missions for the US Air Force, usually flying at around 85,000 feet (high enough to require pressurised suits) and travelling at more than twice the speed of sound. This was no easy feat, and over the course of their 33 year operation, a dozen SR-71s were lost.

After the USAF retired the Blackbirds in 1999, two were donated to NASA for use as high-speed test platforms, while the remainder have found their ways to various aviation museums around the country. It remains, however, the world's fastest plane.

To celebrate the 50th anniversary of such a huge moment in the SR-71's life, here's a cache of images from its storied career: 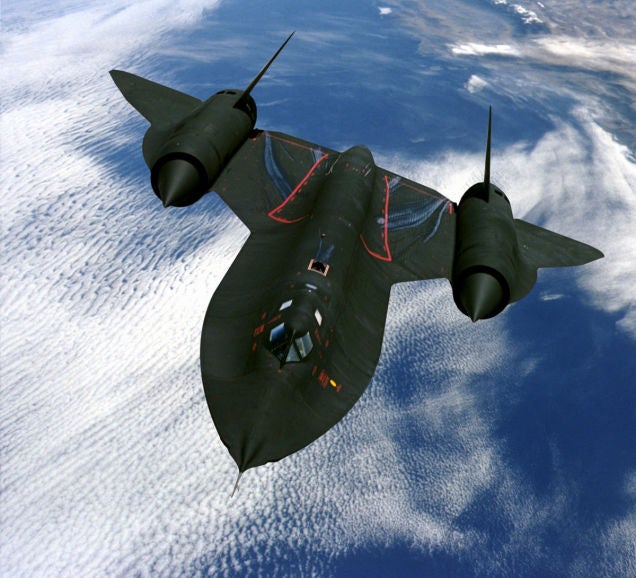 The SR-71 in flight (Lockheed Martin) 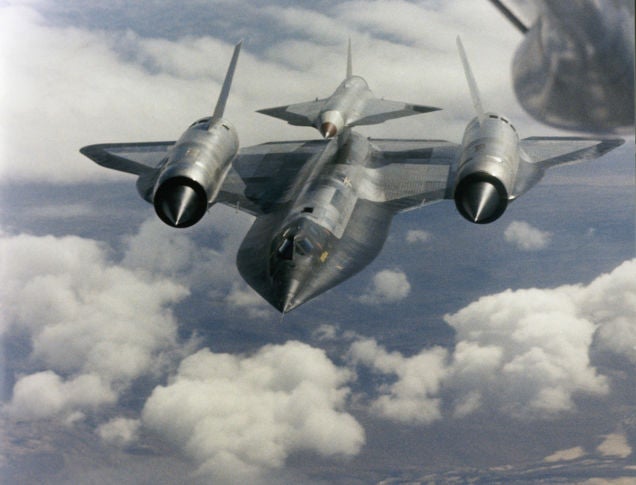 The interior cockpit of an SR-71 (NMUSA)