Because You've Always Wanted a Selfie Flash for Your Phone

Lenovo owns Motorola now, and that means the Chinese electronics company could have a real impact on smartphone culture in the United States. So what's the next big thing from China? How about the selfie flash?

Okay, okay, we don't necessarily know that it's the new hotness, but Lenovo's new Chinese flagship certainly isn't messing around when it comes to self-photography. Not only does the new $500 (£328) Vibe X2 Pro come with a front-facing 13-megapixel autofocus camera with gesture controls and "selfie beautification tools," you can also legitimately buy a $30 (£20) plug-in LED ring flash to illuminate your face as you pose. It pops right into the handset's headphone jack to synchronise its eight white LEDs with the camera shutter, and offers 100 shots on a charge.

While the Vibe X2 isn't necessarily on the bleeding edge of tech in other ways, it's no slouch either, with a 5.3-inch 1080p screen, 4G LTE data, and Android 4.4 KitKat running on an octa-core Snapdragon 615 chip.

By the way: if the selfie flash isn't your idea of cool, don't worry that Lenovo will force one on you anytime soon: IBM's vaunted ThinkPad has barely changed in 20+ years, even though Lenovo bought the brand a decade ago. And Lenovo has a recent history of picking another component that hasn't caught on in the West: Intel chips for smartphones. The new $369 (£242) Lenovo P90 (below) uses a new 1.8GHz 64-bit quad-core chip from Intel. 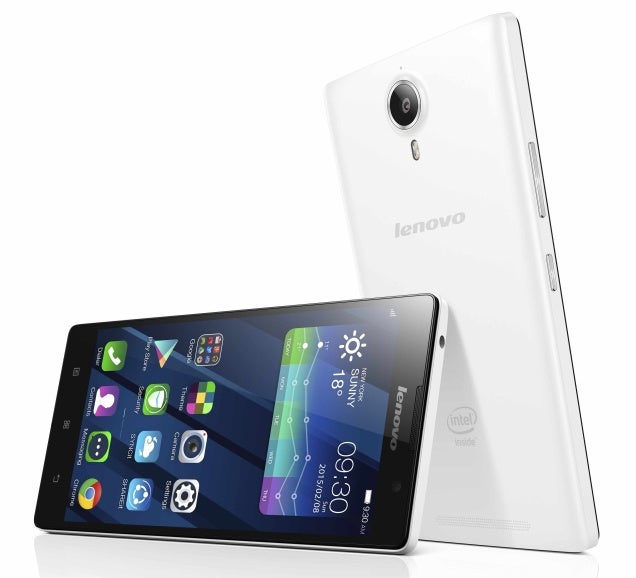