Our country's version of Big Foot or just the logical result of new laws that forced exotic pet owners to free their animals in the 1970s? One thing's for sure: reported sightings of big cats are on the rise in the UK, while new studies seek to prove their existence.

According to the BBC, there were over 1,000 reported sightings of large cats in the UK during one twelve-month period in 2004 and 2005.

But, while authorities appear to take these reports seriously, there's also been several high-profile cases of mistaken identity. Most famous, perhaps, is the case of the "Essex Lion". Residents of a caravan park in the county reported seeing a "very large animal," creeping through the nearby woods in 2012, prompting police to launch a wide hunt for the creature. The police were armed, two helicopters equipped with infrared sensors were put in the air and handlers from a local zoo were called in with tranquiliser guns. Then, a local woman came forward, stating that the "lion" was, in fact, her pet cat "Teddy Bear". Hey, Teddy's a Maine Coon, they're pretty big.

Studies of animal carcasses found partially eaten have largely proved inconclusive; it's hard to tell the difference between the tooth marks left by an unknown species of cat and the much more typical dogs, badgers and foxes. A new study is underway by a scientist at the Royal Agricultural University, Gloucester, complete with more revealing methodology. So far, 20 potential big cat kills have been analysed, three of which appear to show evidence of big cats.

"All three are certainly wider than you would expect to find in a dog imprint," the researcher, Dr. Andrew Hemmings, told The Telegraph, speaking of the relative location of the canine teeth in bite marks on the carcasses. "But, we need to let sample size build up before we have anything approaching statistical basis…I don't know whether they are out there. At the end of the day, science needs a body."

Where do these cats come from? The most popular theory seems to be that the cats people see today are the descendants of animals released by owners after ownership of them was banned by the Dangerous Wild Animals Act in the 1976.  Before then it had been fashionable in some wealthy circles to keep exotic animals in small "zoos" at their homes. It dated back to the previous century, when the British Empire spread far and wide; bringing home its wealth, antiquities, and even flora and fauna was made fashionable by Queen Victoria.

And there's definitely evidence that big cats were released and were able to survive. A puma was captured in Scotland in 1980 and lived out its life in a local zoo. You can still see it today; they stuffed it when it died and it's now displayed in the Inverness Museum (above).

The UK may not sound like the kind of wilderness that could allow a population of big cats to thrive in secret. The last wolf was killed in Scotland in 1680; the entire country was given over to agriculture long before that. But, the modern British countryside could actually prove an ideal environment. With many of us Brits living in large cities like London or Birmingham, rural populations cluster in villages, leaving vast swathes of countryside as predominantly agricultural land; 'and surrounded and crossed by dense hedgerows, in some cases dating back to the Middle Ages.

Native species use those like motorway, enabling them to move undetected by humans or aerial predators. The climate is also mild; pumas, panthers and jaguars wouldn't be the first tropical species to find a new home there. Parrots are a frequent sight both in London's Richmond Park and throughout wooded areas across the southern counties. And, food sources are ample: rodents, rabbits and other small species thrive on farmland.

What sort of cats are we talking about? It seems to be several species. Lynx — a non-native mid-size species — have been shot in quite high over the last hundred years. One was even captured alive in Cricklewood, North London in 2001. In 1993, a larger leopard was shot on the Isle of Wight. Grainy video footage has been taken of large black cats across the country, dating back to 1994. In 2011, a family out for a walk captured a photo of an animal believed to be a forest jaguar. 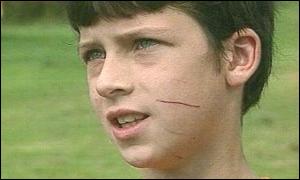 And there's been attacks too. An 11-year-old was left with slashes across his face after something "large, black and slinky looking" attacked him near his home in Monmouthshire in 2000. In 2005, a man in south-east London was mauled by a creature described as, "about the size of a Labrador dog," by a police officer who claimed to spot it.

Given all that, what more evidence is needed for science to acknowledge that large cats prowl the British countryside? "It would be nice to have an entire carcass of a big cat, but they are amazingly elusive," says Dr. Hemmings. "There does seem to be something going on."

I believe in the cats' existence. Growing up on a farm in rural Buckinghamshire, my little sister spent a huge amount of time riding her horse Maggie through the local woods. One night she came home spooked; a large black cat had apparently stalked her for upwards of 15 minutes as twilight fell. Of course, people have been scared by alleged sightings of Big Foot too.