Everything Microsoft Announced About Windows 10

It's Windows 10 day! Again. This time though, Microsoft had a tonne of in depth announcements about free upgrades, the future of Windows Phones, playing Xbox games on PC, and putting holodeck goggles on your face. Here are the highlights.

Windows 10 Is a Free Upgrade for the First Year 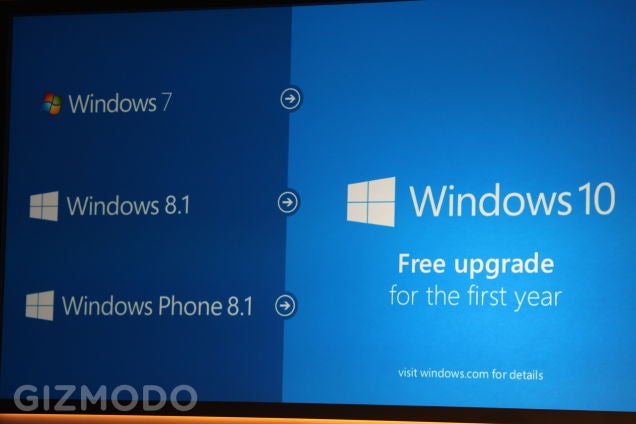 Want Windows 10? You got it: for free. This is a sea change in Microsoft's strategy when it comes to upgrades. Gratis upgrades will be available for Windows 7, 8.1 and even Windows Phone 8.1 users for a full year. 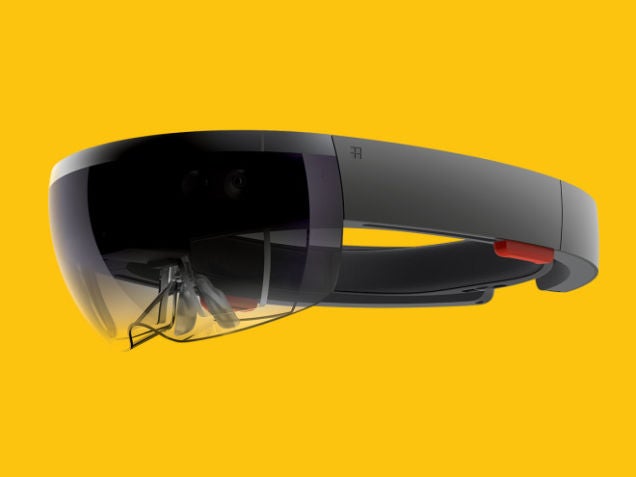 VR? Meh. Microsoft is going the holodeck route with something called Project Hololens. These are holographic glasses and they'll be coming out around the same time as Windows 10. This sure looks cool and probably also janky and questionably useful!

Here Is Microsoft's Demo of Those Crazy Holodeck Glasses

Today, Microsoft announced Project Hololens, its crazy attempt to make a goggle-based faceputer that will project VR all over your daily life. Here's video of Microsoft's live demo from the keynote.

Windows 10 Has Cortana Voice Commands Baked Into Every Cranny 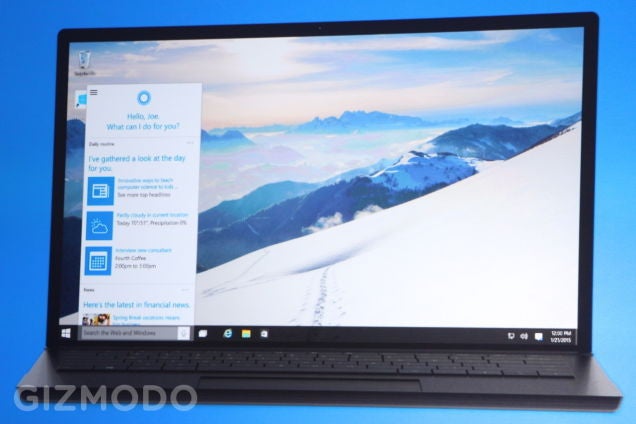 Microsoft's Cortana voice-assistant is coming to Windows 10 as we expected. Now you'll be able to speak commands and ask questions throughout the operating system. At its core, it's similar to the assistant we've seen on Windows Phone, but this a whole new kind of experience. 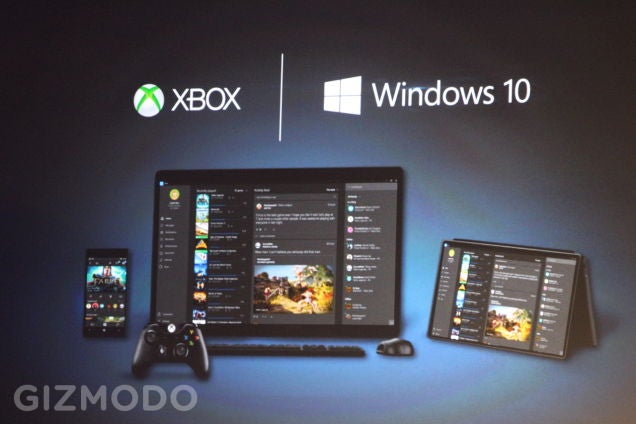 Microsoft just announced that later this year you'll be able to stream Xbox One games to any Windows 10 device in your house. Which is freaking nuts.

This Is What Windows 10 Looks Like on a Phone 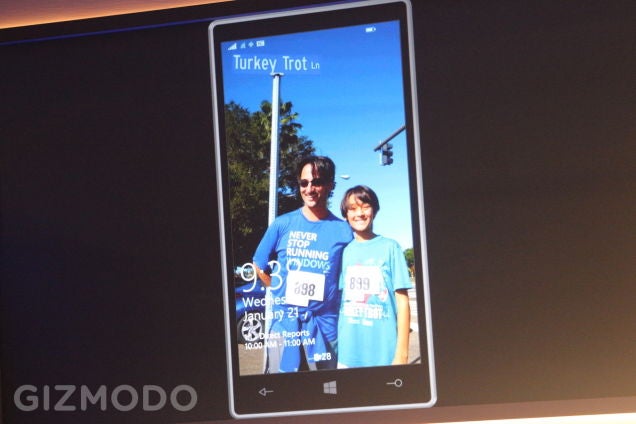 Last September, Microsoft pulled the curtain off Windows 10, its new digit-skipping operating system with versions for phones, tablets, computers, everything. We've seen bits and pieces of the new desktop through Microsoft's preview program, but nothing on the mobile side. Until now.

Microsoft Office Will Be Free on Windows 10 Phones and Tablets 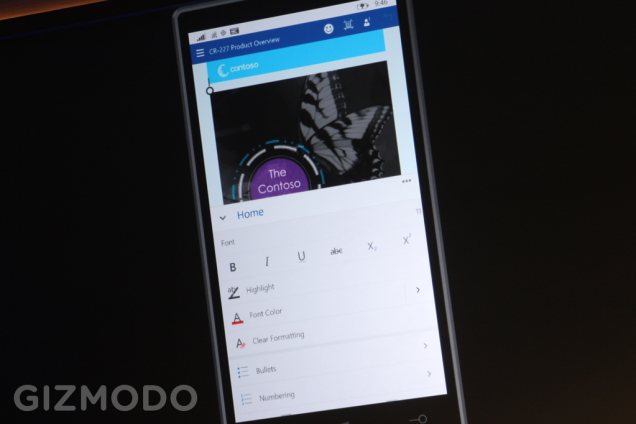 Microsoft will bundle the all-new Office, including Word, Excel, and PowerPoint as part of Window 10 for phones and tablets, Joe Belfiore announced during Microsoft's two-hour-long Windows 10 event. However, there was no mention whether this generous app gift-giving would extend to the desktop. 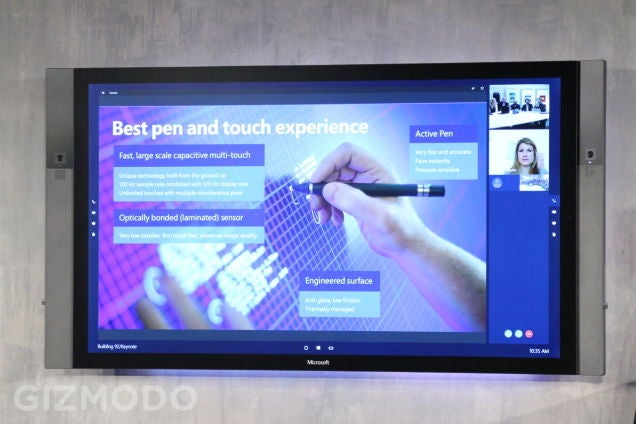 It's an 84-inch, 4K display that runs Windows 10. This is not the Microsoft Surface we were expecting. It's outfitted with enormous speakers, an enormous multi-touch surface with support for multiple active pens and dual-camera depth sensors that detect when you walk up to it. This is the Microsoft Surface Hub and, unsurprisingly, it's designed specifically for the conference room. 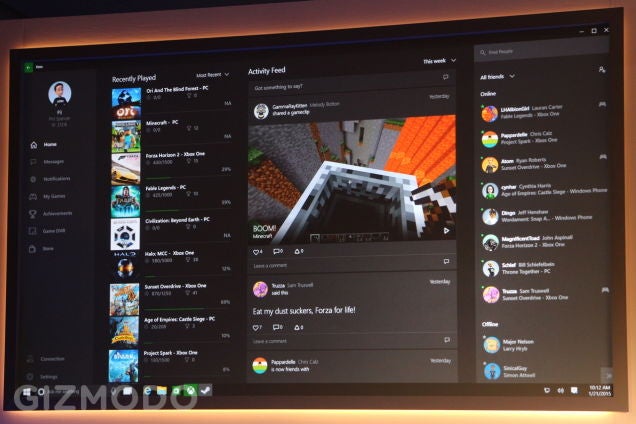 Windows 10 is about universal apps, and getting everything on all your devices. That includes the new Xbox app, which you'll find on PC, Xbox, and mobile. It'll let you text and chat and do everything you love on Xbox Live across every Windows device you have. The biggest and best news? It'll let you stream your Xbox One games to any Windows 10 device.