Here is proof that there's always more horrifying Frankenfood left to be invented and more stomachs left to destroy with fast food: the Double Down hot dog. It's KFC's take on a hot dog for the Philippines market, only instead of using a regular bun, the Colonel is whipping out a bun made with fried chicken. It looks fairly ridiculous.

The meat tube is covered with a mayo, cheese and ketchup concoction and then cradled in an Original Recipe fried-chicken fillet that's been vaguely shaped to resemble a hot dog bun. Sometimes this devil's combination works and looks like something you might even consider putting in your mouth… 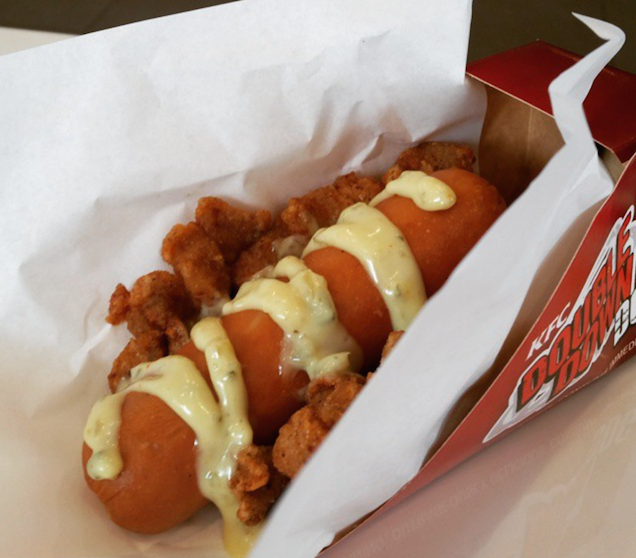 But most of the time it looks more like leftover takeaway discarded on the street from the night before than anything else:

Here's a picture from @kixnakamura: 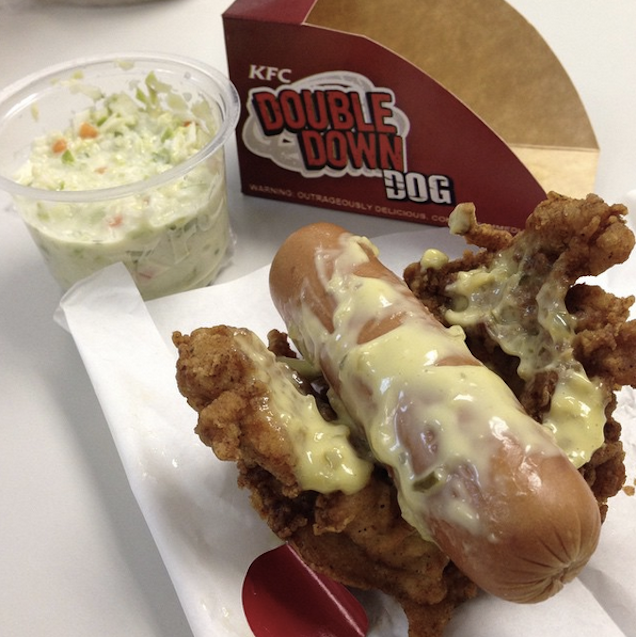 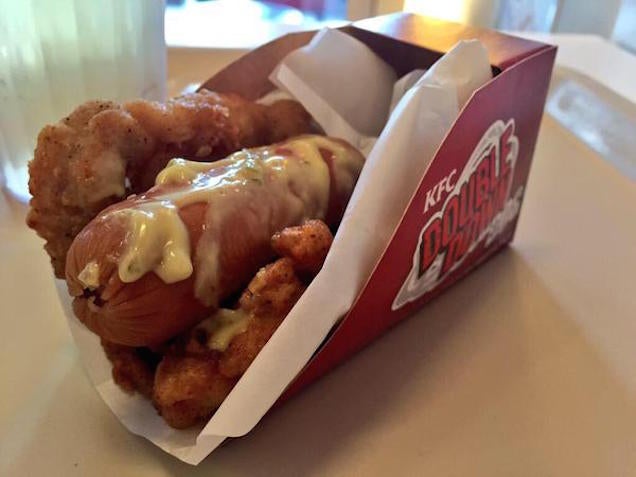 The dog is only available at 27 locations across the Philippines for now and limited to just 50 per store. But the question is: would you eat it?

This article originally appeared on Sploid, the Gizmodo blog of delicious brain candy