14 Bizarre Gadgets From the Most Random Deals Site Ever

Feeling bored? You need an online outlet that sells ridiculous, confusing products that probably shouldn't even exist. So let me introduce you to one of my favourite retailers: DealExtreme. It's one of the internet's largest purveyors of cheap tablets, obscure cables and amazing off-brand oddities free-shipped to Blighty from Hong Kong.

Need a knock-off GoPro? They've got it. Some sexy lingerie that probably won't fit you? Yup. I usually use them to pick up cheap adaptors or components, but every time I shop with them, I come across something weird, ridiculous and fun. Here are some of the best. Well, not best, you know what I mean…

An Abundance of 'Shock-Your-Mate' Toys

...including one that looks like a gun, shocks you and lights on fire. That sounds completely safe.

Because horse head masks are too mainstream.

See that switch? Flip it, and a mechanical arm will come out and flip the switch the other direction. It's a machine that turns itself off when you turn it on. That's it. This thing is a best-seller. Why are people buying this?

Like hovercrafts? Footie? Air hockey? Then, damn it, I have the floating, ball-themed floating disc for you. Enjoy.

I don't know what a Digital Buddha Jukebox is, exactly, but I absolutely need one.

A £135 Telescope For Your iPhone 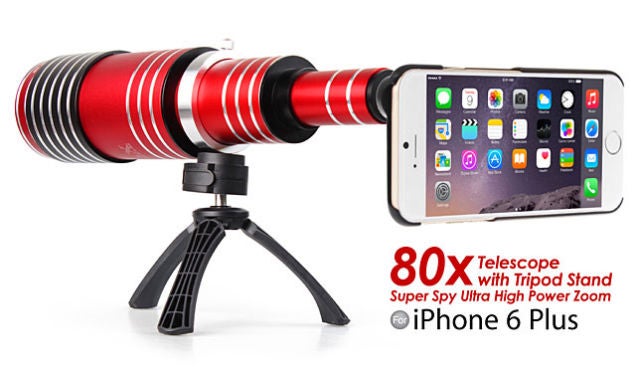 There are hundreds of smartphone lenses on DealExtreme, but this one is the biggest. That makes it the best, right? Right.

Have you ever thought to yourself, "You know what, I could really go for a nose massage right now?" Never? Me neither, but someone, somewhere, did.

Okay, technically it's a "DIY Low Temperature Stirling Engine". The "DIY" consisting entirely of "putting this thing on top of a cup of hot water". Hours of... heat-monitoring fun.

A fully functional portable MP3 player that you can also shove into a tape deck. It's the ultimate audio sidekick for people who drive a car from the 1980s and somehow don't have a smartphone. I've actually considered buying a cassette player just so I have an excuse to buy this thing.

I love keyboards, but I don't understand this.

I was completely on board with this until I read the words "money detector function". I'm pretty sure it means "counterfeit detector", but I prefer to imagine this as a magical, USB-powered device that finds money. Don't ruin that dream for me.

Guaranteed not to explode, apparently.

A bomb-shaped alarm clock. That's fine, but it's the description that concerns me: "Press red button, count down 10 seconds, reciprocal one of the four colour cables, it will stop if right, or it will explode if wrong." So... wake up or you're dead?

Ah the humble pen: an essential tool of the free press and, apparently, also a versatile self defence weapon. Seriously, drop the words "Tactical Pen" into YouTube and you'll find dozens of pen-based fighting tutorials. Check it out:

Awesome. No normal pen will do, of course – you need a weaponised writing implement: something with "high-hardness" a "shock-proof cap" and, of course, an ink cartridge – just in case you wanted to actually use the pen to write something down.

This is actually starting to sound feasible to me. I think that means it's time I get off the internet.

"Want to find the year's best tech bargains? Check out the Black Friday hubs at Lifehacker UK and techradar"