US astronauts Barry "Butch' Wilmore and Terry Virts went out for a six-and-half hour spacewalk yesterday in the continued effort to ready the International Space Station for upcoming commercial space taxis. But while the two astronauts were floating above the blue marble, travelling near five miles per second, they took the opportunity to take some selfies because SPACE SELFIES.

The above image is Butch posing with a lovely Earth backdrop (and Virts can be seen upside down in his visor) and Virts made sure to memorialise his first ever spacewalk with a quick glamour pic of his own. 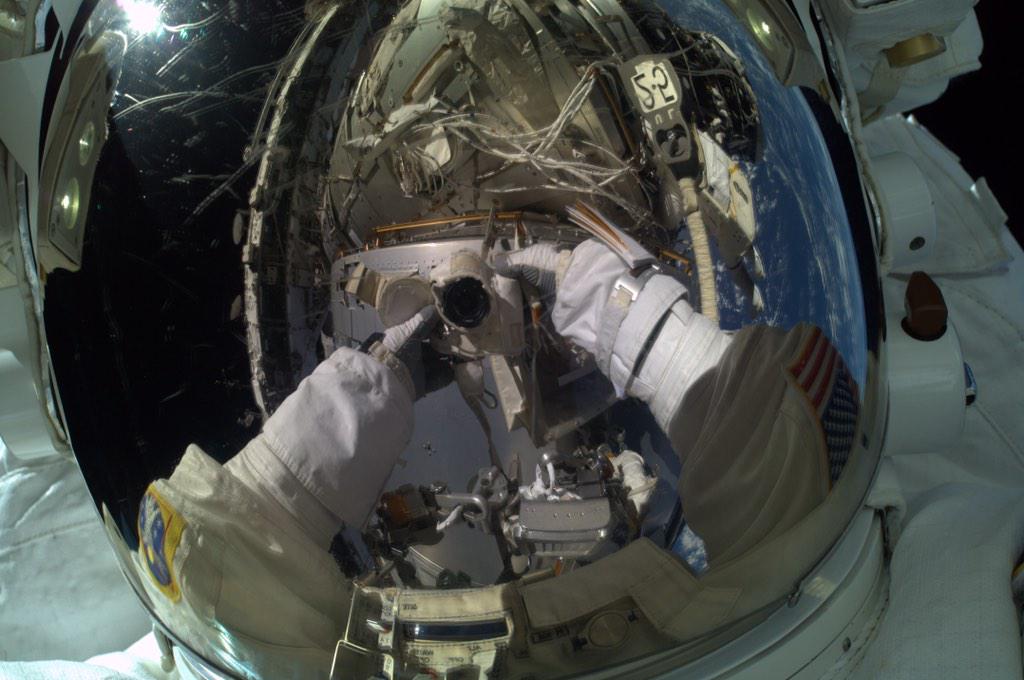 Selfies in space. What's not to love?