Case Solved: This is the True Colour of that Goddamn White and Gold Dress

In what may be the biggest case of mass hysteria ever experienced in the history of the internet, everyone in the planet speculated tonight about what's the colour of a stupid dress. Some people even claimed it changed colour.* Others looked for Photoshop analysis or scientific explanations. None of that matters. Here is the real colour.

The dress is indeed black and blue. I fired up Photoshop and fixed the exposure. Here's what the dress looks like in real life:

Which matches the dress you can see online: 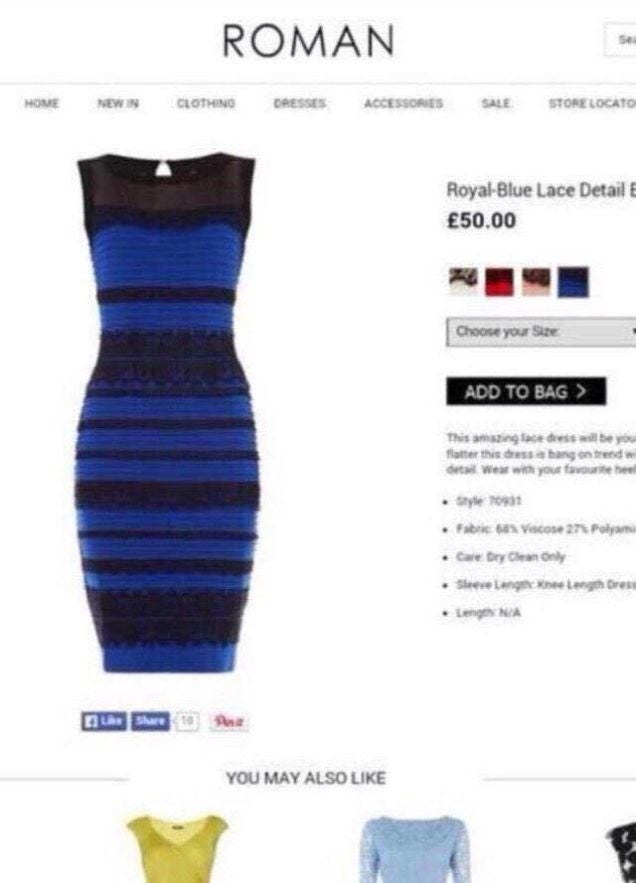 The person who took the photo either overexposed it or, most likely, adjusted it after taking it, pumping up the brightness and contrast (or shadows and lights) in their phone.

But reality doesn't matter. What matters is that we burned the internet with absurd, inane commentary. High five, everyone.

* Yes, the dress changes colour. In fact, if you were seeing it as gold and white before, after seeing the GIF above, it will probably change the colour of the original photo for you. Try it.