US weapons training officer Lieutenant Chris Nigus sent us a series of spectacular photos taken while flying on missions during the last couple of years of his deployment in Japan. Above you can see him flying low level in Japan's Orange Route. Some of them show weapons firing from his F/A-18E Super Hornet. 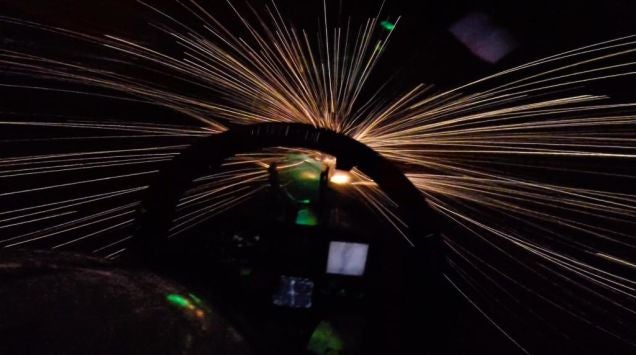 Looking aft while firing the Vulcan

An air-to-air Sidewinder missile launch, just as it starts leaving the wing

Flying upside down over snowed mountains

Pass over the USS George Washington

Lieutenant Chris Nigus is a Weapons Training Officer with the Strike-Fighter Squadron VFA-27 Royal Maces, based at Naval Air Facility Atsugi, in Japan.