This Genius Figured Out How to Drift Hot Wheels Cars

With enough imagination, a Hot Wheels or Matchbox diecast car can do almost anything. But in real life, their abilities are limited to pretty much just rolling forward. Unless they're in the hands of Phil Foss who's actually found a way to get Hot Wheels and other toy cars to drift around corners like Ken Block was at the wheel.

So what's the secret to getting your Hot Wheels cars to drift? There's two parts to this recipe. The first is a low-friction surface that's slick enough to let the plastic wheels on your diecast cars slide. You're free to experiment with a variety of materials until you find the right one, or you can simply buy Phil's Driftpad which features an adhesive backing so you can stick it to whatever material you use for your Hot Wheels setups. 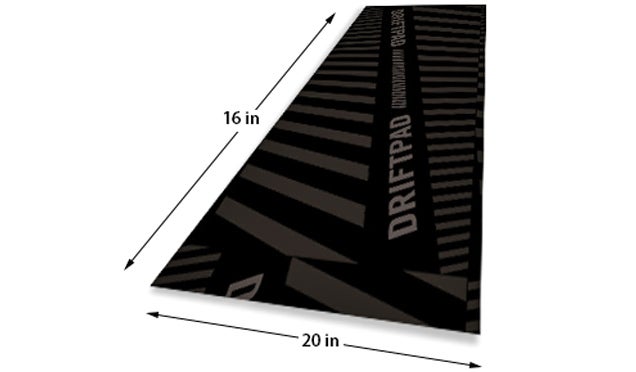 The second part of this recipe is a specific series of angles that put your free-wheeling diecast car into a drift while still maintaining its momentum.

You'll need to experiment with your own setup to get it just right, but eventually you should be able to get your cars to drift right back onto a standard section of Hot Wheels track, instead of stalling out like the one above does. In Phil's setup in the video above the cars drift their way back into an automatic lift, keeping an endless loop of them racing down the track—a 1:64-scale Ken Block would be proud. [Phil Foss]