It Took £66,972 Worth of Lego to Recreate Jurassic Park With Bricks

You have to be a monster to hate a movie like Jurassic Park, but it turns out there are fans so devoted to the film that they'll spend weeks and weeks painstakingly creating their own stop-motion version of the blockbuster using $100,000/£66,972 worth of Lego—and some digital wizardry in post-production.

The father and daughter team of Paul and Haley Hollingsworth are the pair responsible for this homage that recreates the most memorable moments of Jurassic Park using thousands and thousands of plastic bricks. They did have to enlist the help of a few friends for building sets and voice work, as well as a motion control camera that made it easier to shoot clean plates and remove rigging and character support structures afterwards.

If you're really interested in how they made the whole thing, the Hollingsworths have even posted a delightful behind-the-scenes look at their animated short that's just as entertaining as the film itself. 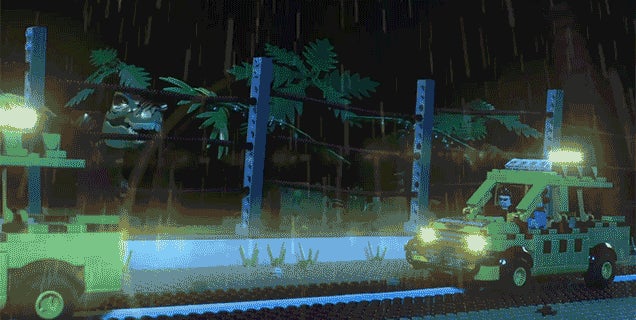